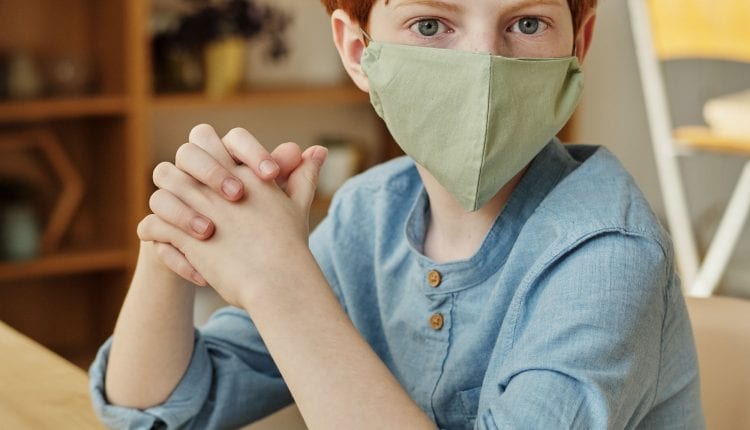 The government now plans to re-open all schools in England fully in September. There are separate plans for Wales, Northern Ireland and Scotland, where schools are scheduled to return on Tuesday, August 11th. But with the coronavirus pandemic still nowhere near over, is it 100 percent safe for children or teachers to return to school?

Nearly all children of legal school age will be expected to return to class full-time in September, including those with special educational needs and disabilities, and those who have been shielding.

The only exceptions are children who develop symptoms or test positive for coronavirus, who must self-isolate and not attend school.

Initial plans to split pupils into smaller ‘bubble’ or to attend in rotation have been dropped.

One of the most unusual findings of research into the coronavirus COVID-19 has been that it seems to have little effect on children. It still isn’t understood why, though theories put forward range from the structure of their lung tissue to the nature of their immune systems.

What Makes a Good School Shoe?

The fact remains that children do seem to be at extremely low risk of becoming ill from the virus, while adults, particularly older ones, are at much greater risk of becoming seriously ill or dying.

Oe study involving more than 55,000 people hospitalised with coronavirus found that only 0.8 percent were under the age of 19, while a study covering England, Wales and Northern Ireland found that half of all the people with coronavirus who were admitted to critical care units were 60 or older.

In the rare cases where children do become ill with coronavirus, the seem to have a mild form of the infection. There have, though, been a handful of cases of a rare form of inflammatory syndrome similar to Kawasaki disease.

An even more puzzling question is whether children can be carriers o the disease and pass it along to others. A study in the French Alps suggested that an infected child had not passed the disease on to any of the 100 or so adults they had been in contact with.

Nonetheless, while the government’s scientific advisors are confident enough that it is safe for children to go back to school, teachers are not so certain. Though teachers in England are among the youngest in the world, with an average age of 39, and countries where schools have reopened have reported little difference to community transmission, many feel they are being exposed to the danger of infection. One said: “I don’t feel safe at all and a lot of staff do not either. We have had family members of our students die from Covid. There is a palpable fear among the staff here. We have not been given any PPE. I asked for hand sanitiser and I was given one bottle for me and for my class. It’s not enough.”

And Geoff Barton, general secretary of the Association of School and College Leaders (ASCL), said: “We really need to avoid getting into a situation where we are talking about using disciplinary measures against staff who are too frightened to come into school.

“In any case, it would be difficult to do as we would imagine that they would simply say they are self-isolating. The whole thing has to be built on confidence rather than compulsion.”

Even if children returning to school faced minor risks, their parents might spread infection at the school gates. A study by University College London and the London School of Hygiene and Tropical Medicine suggested that without adequate contact-tracing, reopening schools would contribute to a second wave of infection larger than the first.

See also: How Can Dietary Supplements Build a Better You?

The government’s argument seems to be that whatever the risk of spreading infection, preventing children returning to school opens them to another form of risk, that their education would suffer long-term damage and that their psychological outcomes and social development may be harmed. While learning at home has proved to be possible, it’s hardly a long-term solution to children’s educational needs.

One extraordinary suggestions is that in order to keep the ‘R’ level of the spread of infection down, it would be possible to open schools – but at the cost of having to close pubs.

Children’s Commissioner Anne Longfield says that if lockdown restrictions needed to be reimposed because of local flare-ups in infection rates, schools must only be closed as a last resort to bring transmission down once all other options have been exhausted.

She criticised government ministers for treating children as an “afterthought” during the first lockdown, adding that they must be put at the heart of planning for any second wave.

“That means schools must be the first to reopen and the last to close during any local lockdowns,” she said. “If the choice has to be made in a local area about whether to keep pubs or schools open, then schools must always take priority.”

The idea was partly endorsed by the Chief Medical Officer, Professor Chris Whitty, who has said that rising coronavirus infections suggest that England is “near the limit” of opening up, so we may need to make trade-offs to ensure children can safely return to school in September – and Graham Medley, Professor of Infectious Disease Modelling at the London School of Hygiene & Tropical Medicine, says that reopening schools would ”reconnect lots of households’, so closing other networks may be required, and that it was ”a matter of prioritising”. He asked: ”Do we think pubs are more important than schools?”

Suggested policies for schools re-opening in September are that they should have:

Breakfast or after-school clubs should resume in September, but only if it is practical to put social distancing measures in place.

In short, ‘back to school’ is going to have a whole new meaning in September – with the coronavirus pandemic still nowhere near over, no-one seems to be quite convinced that it’s 100 percent safe for children or teachers to return to school.