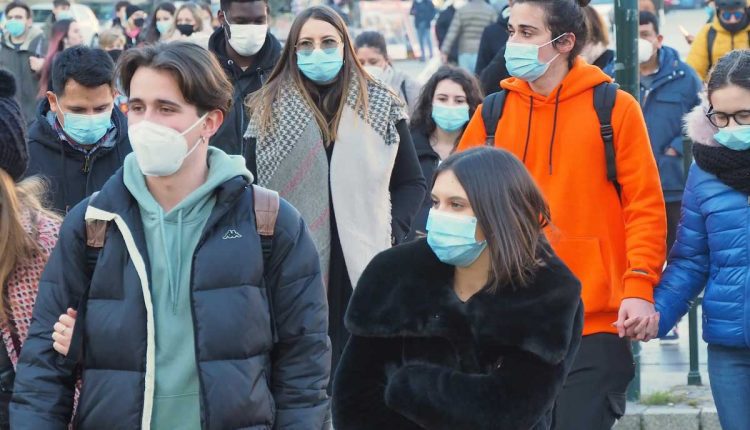 In a change to previous policy, UK vaccination experts are expected to recommend that all 16 and 17-year-olds should be offered a coronavirus vaccination.

Last month the JCVI (Joint Committee on Vaccination and Immunisation) announced it was still assessing the possible benefits and risks, and that for the time being vaccinations would be offered only to over-12s who have underlying health conditions or who live with others at high risk. But with other countries including the US, Canada and France extending vaccinations to younger age-groups, the policy seems to have changed.

It’s though that around 1.4 million teenagers will be included in the new vaccination rollout, but it’s not known when the programme will start. It may be timed to coincide with ‘booster’ jabs offered to those who have already been vaccinated in September.

In Scotland, First Minister Nicola Sturgeon has said that she hoped to receive updated advice from the JCVI on the vaccination of 16 and 17-year-olds after the UK’s four chief medical officers wrote to the committee asking them to look again at vaccination advice for young people.

But new research suggests that children who became ill with coronavirus mostly recovered within less than a week, and tend not to suffer from the symptoms of ‘long COVID’ – so who benefits from the vaccinations for the under-18s?

According to NHS data to July 25th, 223,755 under-18s in England have received a first vaccine dose. Until now, the advice has been that under-18s would be eligible for vaccination only if they had certain health conditions, lived with someone with an impaired immune system, or were approaching their 18th birthday. But after issues were raised regarding a very small incidence of reaction to vaccinations, including inflammation of heart muscles, some GPs were advised to hold off inviting clinically vulnerable 12 to 15-year-olds for vaccination due to uncertainties over insurance.

Professor Chris Whitty, England’s Chief Medical Officer, says that the JCVI is confident that vaccination will protect children to a high degree, but that research would continue to make sure that the benefits did outweigh any possible risks.

If children have less to gain from a COVID vaccination because they rarely become severely ill, it may be that the main people to benefit from them being vaccinated are adults who will be exposed to them, such as teachers when school recommences after the summer holidays. Some argue that by then, adult vaccination and ‘herd immunity’ will have built to the extent that vaccinating children will not be worth the minimal risk. But Professor Paul Elliott, chair of epidemiology and public health at Imperial College London, said on BBC Radio 4’s Today programme that vaccinating younger age groups could help drive down infections in the wider population. With the highest rates of infection seen in young people under 24, he said “anything we can do to reduce transmission in that group would be helpful”.

Shadow Health Secretary Jonathan Ashworth said that ministers should “ensure plans are in place to roll out this vital next stage of vaccination while ensuring parents have all the facts and information they need”, and the Department of Health and Social Care said it kept the vaccination of children and young people “under review and will be guided by the advice of the independent Joint Committee on Vaccination and Immunisation”.

At the moment the only COVID vaccination authorised for use on the under-18s in the UK is the Pfizer-BioNTech vaccine.

All over-18s have now been offered a coronavirus vaccination, with the latest government data showing that 88.7 percent of adults in the UK have now had one dose, while 73 percent have had two.

There have been a further 21,691 cases of people testing positive for coronavirus in the UK, but infections are falling daily, and the daily total is the lowest since late June.

In the US, health officials have expressed concern over a simultaneous rise in Coronavirus Delta infections and cases of respiratory syncytial virus, a highly contagious seasonal flulike illness that is more likely to affect children and older adults.

Cases of RSV have risen gradually since early June, with an even greater spike in the past month, according to data from the Centers for Disease Control and Prevention.

See also: Do You Know How to Stay Hydrated?