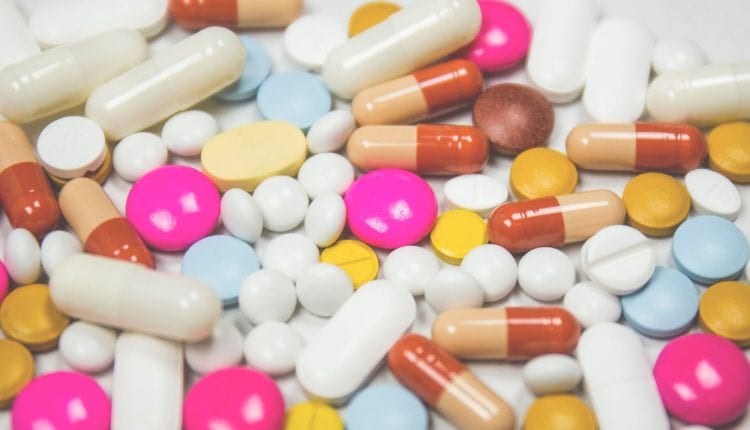 Commonly prescribed painkillers such as paracetamol, ibuprofen, aspirin and opioids can do “more harm than good”, and should not be prescribed to treat chronic pain syndrome, says a report by the national Institute for Health and Care Excellence (NICE).

The report says that there is “little or no evidence” that the commonly used drugs for chronic primary pain made any difference to people’s quality of life, pain or psychological distress, and in fact they can cause harm through addiction.

The draft guidance, published on Monday 3rd August 2020 , said that while patients expect a clear diagnosis and effective treatment, the complexity of chronic pain syndrome makes it difficult for GPs and specialists to prescribe effectively.

The report says: “This mismatch between patient expectations and treatment outcomes can affect the relationship between healthcare professionals and patients, a possible consequence of which is the prescribing of ineffective but harmful drugs.

“This guideline, by fostering a clearer understanding of the evidence for the effectiveness of chronic pain treatments, will help to improve the confidence of healthcare professionals in their conversations with patients.

“In doing so it will help them better manage both their own and their patients’ expectations.”

Chronic primary pain, which can include musculoskeletal pain and widespread pain, can often not be accounted for by diagnosis of another condition. It can cause physical and emotional distress and functional disability. NICE estimates that a third to a half of the population may be affected by chronic pain. Almost half of people with the condition are also diagnosed with depression, and two-thirds are unable to work because of it.

Pain is the body’s normal reaction to an injury or illness, a warning that something is wrong, but when the injury or illness is healed the pain normally stops. When pain continues after the cause is gone, and lasts for three to six months or more, it is known as chronic pain. Around 25 percent of people with chronic pain go on to develop the condition known as chronic pain syndrome (CPS), when they also develop symptoms such as depression and anxiety.

CPS often starts with an injury or painful condition such as:

It’s not fully understood whether CPS is a problem with the nervous and glandular system or a form of learned response. It can affect all ages and both sexes, but is more common in women and in people with mental health conditions.

Symptoms of CPS can include:

It can often lead to relationship or work problems and drug or alcohol abuse.

In America, over-prescription of painkillers for treatment of chronic pain has led to what has been called the ‘opioid crisis’.

Prescriptions for opioids increased gradually throughout the 1980s and early 1990s, until in the mid-1990s, pharmaceutical companies introduced new opioid-based products such as OxyContin.

In the long run, it turned out that opioids are not particularly effective for treating chronic pain as with long-term use people can develop tolerance to the drugs and can even become more sensitive to pain. It also transpired that claims that OxyContin was less addictive than other opioid painkillers were false, resulting in a wave of addiction and thousands of opioid-related deaths.

The NICE draft guidance says that instead of painkilling drugs, people with CPS should be offered supervised group exercise programmes, psychological therapy, or acupuncture, as well as antidepressants.

The report says that paracetamol, non-steroidal anti-inflammatory drugs such as aspirin and ibuprofen, benzodiazepines or opioids should not be offered as there is little or no evidence that they made any difference to people’s quality of life, pain or psychological distress.

There is, though, evidence that these drugs can cause harm including possible addiction.

The draft guideline also say there is little evidence that anti-epileptic drugs including gabapentinoids, local anaesthetics, ketamine, corticosteroids and anti-psychotics are of any benefit, but can cause harm.

Dr Paul Chrisp, director of the centre for guidelines at NICE, said: “When many treatments are ineffective or not well-tolerated, it is important to get an understanding of how pain is affecting a person’s life and those around them because knowing what is important to the person is the first step in developing an effective care plan.

“Importantly the draft guideline also acknowledges the need for further research across the range of possible treatment options, reflecting both the lack of evidence in this area and the need to provide further choice for people with the condition.”

You can read here the statement by the National Institute for Health and Care Excellence that commonly prescribed painkillers such as paracetamol, ibuprofen, aspirin and opioids can do “more harm than good”, and should not be prescribed to treat chronic pain.