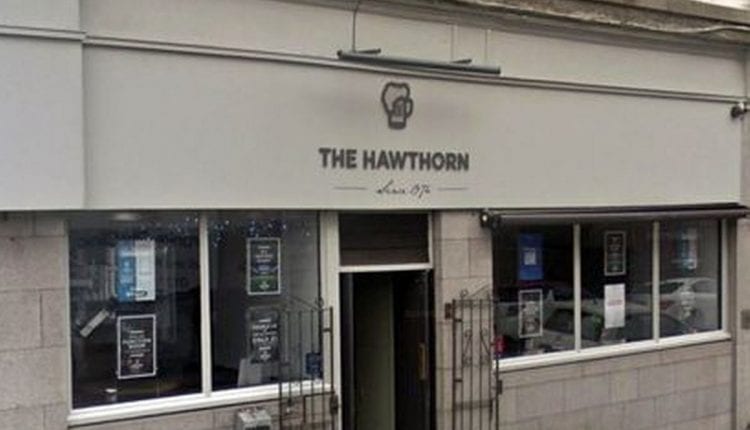 Scotland’s First Minister Nicola Sturgeon announced the tightening of coronavirus restrictions around Aberdeen on Wednesday 5th August after cases of infection from a cluster of pubs and bars rose sharply.

The restrictions mean that bars, cafes and restaurants which had recently re-opened will have to close again for a minimum of a week.

There will also be restrictions on travel over five miles, and families have been told they should not enter each others homes. Visits to hospitals and care homes will also be stopped except for essential visits.

More than 228,000 people living in Aberdeen will be affected by the lockdown, which was prompted by a cluster of 54 reported coronavirus infections around bars in the centre.

The cluster was first reported around the Hawthorn Bar, with media speculation that ‘pub crawls’ had been responsible for spreading the infection to other premises; but speaking on the BBC’s Today programme, bar managers denied that this was the case, saying that visits to bars were being made by appointment only, so it was unlikely that anyone had gone from one premises to another on the same night. However, they admitted that it was possible that the infection had been spread across several days.

Worryingly, the managers made it clear that the infection had been spread despite the venues taking all mandated health precautions and having regular inspections.

Reports of the cluster of infections, linked to people who had visited the Hawthorn Bar on 26th July, first emerged on Sunday. Authorities said that 54 cases had been associated with the cluster, and 191 contacts had been traced through Scotland’s Test and Protect system.

NHS Grampian has published a list of venues which have been visited by people linked to the cluster, including these 28 bars and cafes:

People who had visited any of these premises recently were being urged to be “extra vigilant” about symptoms.

Extra police from the Flexible Response Unit are being drafted in to enforce the restrictions. Deputy Chief Constable Will Kerr said: “We are putting somewhere between 10-15 extra patrols in the city from 17:00 on Thursday and over the next few days and the weekend, to reassure the vast majority of the public who will continue to comply with instructions and guidance because they know how important it is.

“But it is also to deal with a small minority who decide that they don’t want to do something and put others’ health at risk.

“We will clearly and undeniably enforce the law when it comes to those people.”

At a daily briefing, Nicola Sturgeon said the situation in Aberdeen should be “the biggest wake-up call” since the early days of the pandemic. Restrictions will be reviewed next Wednesday and may be extended further if required.

Internationally, France recorded its highest number of daily coronavirus infections in more than two months, with figures released on Wednesday showing 1,695 new cases within 24 hours, and Spain reported 1,772 new coronavirus infections, marking the biggest jump since a national lockdown was lifted in June and beating the previous day’s record rise.

Despite its relatively low levels of infection and small numbers of deaths, mainly due to swift closure of borders and mandatory quarantine of travellers, travel restrictions are now being re-imposed in Australia.

Australians had been slowly emerging from COVID-19 lockdowns since the government announced easing of restrictions in May, but on 8th July the Melbourne metropolitan area returned to a Stage Three lockdown for six weeks, and in response to consistently high case numbers, from 2nd August metropolitan Melbourne entered a six-week stage four lockdown, and Victoria state will institute a stage three lockdown from Thursday 6th August.

From 7th July residents of new South Wales have not been allowed to travel to Victoria, due to the outbreaks in Melbourne, and as of Friday 7th August, residents returning from Victoria will be required to go into mandatory hotel quarantine for 14 days. Queensland has closed its border to people from NSW or the capital territory and and anyone who attempts to enter will be turned away at the border.

Residents of New South Wales returning to the territory from abroad are now being told that they have to pay their own expenses for a two-week period of isolation in a hotel.

Visit the Public Health Scotland website here for more details on how Aberdeen has become the second part of the UK to have local lockdown restrictions imposed after a spike in coronavirus infections centred around bars.

Brighten Up Your Garden With a SunCatcher