Finding the right school for your child can be a minefield. Often, it is a difficult enough decision deciding which schools to put on your application form, let alone the order you should place them in. An understanding of the equal preference system is crucial when making this decision, especially when your preferred school is over-subscribed—and 42 percent of London primary schools are! 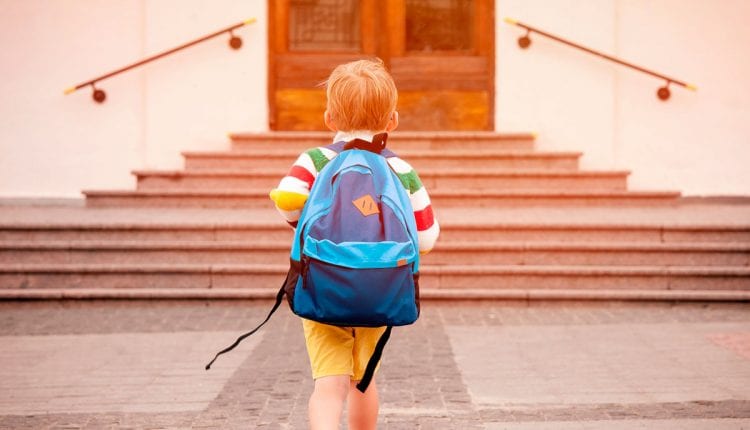 Local Authorities (LAs) in England are required by law to operate an ‘equal’ (or ‘blind’) preference system. Its purpose is to ensure all applications are treated equally and judged solely against the school’s admission criteria.

So how exactly does the system work? When the time comes to complete your application, (check your LA website for dates) you’ll be asked to list your choices of school in order of preference. You must be allowed to list at least three schools; often you’re allowed up to six.

After the closing date, your application will be passed to all schools that you listed, but, crucially, they are not told where you ranked them in your preferences. This prevents them from picking first the children who placed the school as their first choice.

Schools will rank their applications according to their admissions policy; this may include whether the child has a sibling at the school or the distance they live from the school—for grammar schools, this will include the child’s 11+ outcome. Some schools even operate a lottery system!

It’s essential you understand the school’s admissions policy, which is almost always available on their website. If not, call them and ask.

The lists of ranked applications are then returned to the LA, which goes through those lists and makes an offer to each applicant of the highest preference school that has space for them.

What Makes a Good School Shoe?

Now, there is a lot of shuffling that goes on as part of that process. As an example, let’s say Tom is 20th on the list for one of the 100 places in his second preference school, but doesn’t need a place because he’s 1st on this list for his first preference school. This will allow Sarah, who was originally 101st in the ranking to be made an offer. Of course, that too depends on what preference Sarah placed the school at, she too may not need the offer, so then the LA looks at the applicant who’s 102nd, and so on.

So, now you know how it works, what should you do?

Firstly, be realistic about your chances of getting into a particular school. Some parents think that if they have a very clear first choice (often a heavily over-subscribed school) that they should leave all their other options blank, or list the same school in every space; neither will work, their choice will only be counted once.

In some areas, particularly in and around London, up to 50 percent of children miss out on their first-choice school (locrating.com has some interesting heatmaps showing variations across the country) and if you’ve only listed one, you risk your child being placed at a school that’s quite possibly your least wanted. It’s important that your application includes at least one school that would be an acceptable ‘last resort’; list at least three choices and, ideally, use all your options.

This leads us to over-subscribed schools—there is no official definition for this and it’s one of the more misused phrases within the school field. Sometimes, a school is declared as over-subscribed by comparing the total number of applications (or those whose preference was top three) to offers made or the number of available spaces. This is not going to give a useful result, as children can apply to multiple schools but only attend one.

A far better measure is looking at the number of first choice offers; a school can be considered over-subscribed if not all children who put it as their first-choice school were offered a place. It’s a crucial distinction and, by this measure, 27 percent of primary schools and 39 percent of secondary schools in England are over-subscribed (this information is available on locrating.com if you want to check your local schools). Of course, you may be one of the lucky ones, whose preferred school is not over-subscribed!

Locrating simplifies the process of finding the best school for your child, by bringing together information in a user friendly and intuitive way.

Where to Start When Picking Schools For Your Child?