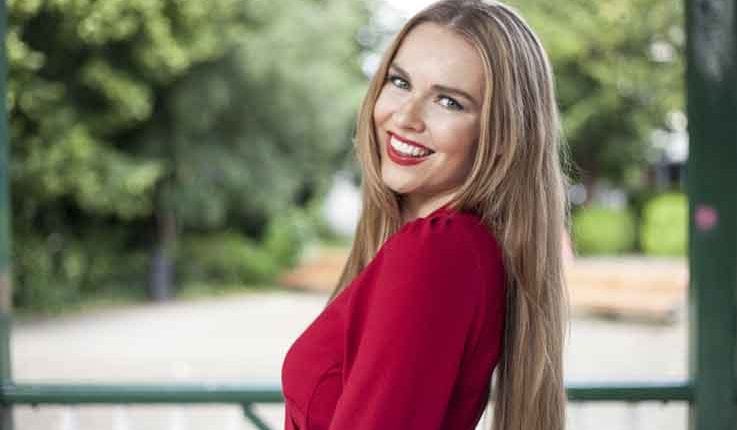 Zoe’s experience with IBS began when she was just 16 and working in a dress shop while studying for her A levels.

‘I suddenly collapsed with the most awful abdominal pains,’ she said. ‘I didn’t know what was happening to me.’

Her GP thought that the episode was a bad reaction to some food that she’d eaten but just one month later, Zoe had another flare up—this time straight after a meal. This marked the beginning of years of living with the condition which, through a process of trial and error, she identified as IBS.

‘When you have IBS you can get the most excruciating pain,’ Zoe explains. ‘You get terrible cramps which are caused by a complete blockage; this means you can also get bloating, diarrhoea and constipation.’

The unpredictability of the attacks meant that day-to-day life for Zoe was frequently disrupted.

Zoe battled with the stress of IBS all through her university exams while she was studying law. As she began her career at the BBC and working with charities, managing her IBS was a constant challenge.

‘I think for me having attacks during work or when travelling was very challenging,’ she adds. ‘I constantly had to watch what I was eating and my stress levels to ensure an attack wouldn’t happen at a bad time.’

Her worst episode occurred when she was at Amsterdam airport, on her way back from filming the TV programme Celebrity Island with   Bear Grylls.

‘I was the only one going on to Belfast,’ she explains, ‘when I got an attack that lasted 10 hours. There was absolutely no way I could get on that flight. If you’d paid me £1 million, I couldn’t have crawled on to that plane, even though it’s such a short journey. People just don’t seem to understand what it’s like for people with IBS.’

‘I’ve now been on Alflorex for nine months. On my wedding day I ate whatever I wanted without nasty consequences,’ she says. ‘I can basically eat what I want now! I do choose to eat healthily the majority of the time but on my honeymoon last year I ate pizza, bread and drank champagne and didn’t have an attack thanks to Alflorex.’

Alflorex has been clinically proven to relieve the symptoms of IBS, including bloating, abdominal pain and urgency to use the toilet.

‘There have been several occasions recently, such as a visit to France, when I thought I was sure to get an attack, but I haven’t had one while I’ve been on Alflorex. I feel so much more relaxed and confident being IBS free,’ Zoe said. •

Six Things You Should Do When Looking for a House