Brits lose title of most polite people as courtesy in the UK takes a nose dive Japanese men have pipped British blokes to the title of the world’s best gentlemen, according to one men’s style website. 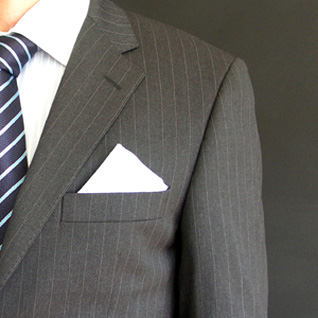 A culture of good manners and respect in the Far Eastern country means Japanese men are more likely to dress well, act appropriately and treat others with dignity, a study by the Socked.co.uk site has announced.

Setting a social scientist to scour media reports and national trends data, Socked.co.uk found that British males – and the foreign perception of British males in particular – have slipped noticeably in recent years.

“It’s clear that the standard of the British gentleman has fallen recently,” said Socked.co.uk spokesman and gentleman creation officer Mark Hall, “And it’s reached the point where other nations have better gentlemen than us.

“We’re no longer able to trade on the image of the traditional City Gent – not while we’ve got so many negative role models, and we continue to export a reputation for a nation of Jeremy Kyle panellists.”

According to the Socked.co.uk survey, carried out over several weeks in May and June of 2013, the top five countries for gentlemanly behaviour are (marked out of 100)

“We asked our researcher to flex his social science degree and find out which people are more likely to give to charity, leave tips in restaurants, carry out good deeds, drive safely, and are educated in etiquette and foreign cultures,” said Hall.

“It took him some time, but he devised a scoring method for each country, and turned up Japan as the clear winner.”

Points in The Socked Gent Test were awarded (and lost) for:

Interestingly, he says South Korea was headed for the top two, but lost out over its “near national obsession with smoking in public.”

Socked declined to reveal which countries came at the bottom of the study.

“Socked.co.uk never wanted this to be some sort of racist witch hunt,” Hall warned, “so we’re not going to reveal who came at the bottom of the pile. We are gentlemen after all, and gents don’t criticise. We’ll just send a short note Presidents Putin and Obama to suggest a few improvements.”

Hall was at pains to point out that while the value of gentlemen may go down as well as up, the prospective gent can immediately improve their image with a sock subscription from Socked.co.uk

“We build the gentleman from the ground up,” said Hall, “Join our campaign for better gents, by taking The Socked Gent Test yourself!”

Gentlemen can take the Socked Gent Test themselves, and take the following ten questions into account:

“If the answer to most of these questions is ‘yes’ then you are on the right road to being a gent,” said Hall. “We need more gents like you if we’re going to win that title back, so well done.” “The rest of you probably need to buy a sock subscription”

Cleaning up after Teenagers