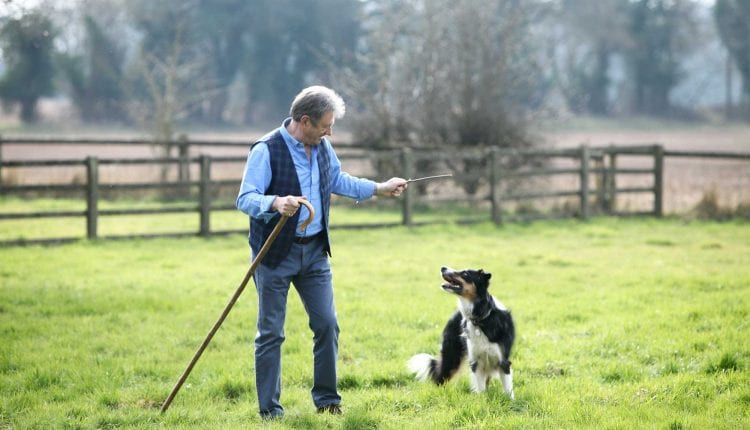 Though he’s now equally well-known as a novelist and a chat-show host, Alan Titchmarsh made his reputation as a gardener, and he’s arguably the expert everyone turns to in search of garden advice and information.

Alan’s first job, at the age of 16, was as an apprentice gardener for Ilkley Council. He went on to study horticulture at Shipley Art and Technology Institute and Hertfordshire College of Agriculture, before moving to the Royal Botanic Garden, Kew to study for a Diploma in Horticulture. He stayed on at Kew as a supervisor and staff trainer until 1974, when he left for a career in gardening journalism – and hasn’t looked back since!

Through BBC coverage of Chelsea Flower Show to Gardeners’ World (partly filmed in his own garden), Ground Force and The Great British Village Show, along with numerous documentary series and his latest ITV series Spring Into Summer, Alan has established himself as the country’s top authority on all things gardening. His services to horticulture and broadcasting have been marked by the award of an MBE in 2000.

See also: How Gardening Can Beat the Blues and Boost Your Brain

Alan’s latest venture is as the President of the Hampshire Gardens Trust, taking over from Gilly Drummond OBE, who has been President since 2010.

The Hampshire Gardens Trust Chairman, Ted Wake says, “As all Chairmen know, it is crucial to have the right President in place to help steer an organisation in the right direction at all times and I am particularly delighted that Alan Titchmarsh has kindly agreed to take on this role. Alan is one of the most respected and popular gardening gurus in the UK, and the Hampshire Gardens Trust is very fortunate that he has signed up.”

Alan, who joined as a Life Member of the Trust in 2012, says “My admiration for the work of the Hampshire Gardens Trust – and of Gilly Drummond’s achievements – knows no bounds and I am honoured and delighted to take over from her as President. Gilly has set the bar high, but I am confident that the Trust will continue to make its mark and… I’ll do my best to come up to scratch!”

See also: Your Summer Garden Could be Toxic to Your Pets

Outgoing President Gilly Drummond said “This is a very joyful occasion for the Hampshire Gardens Trust, a new President, Alan Titchmarsh, whose track record on plants, gardens and above all, his ability to encourage people of all ages and backgrounds to appreciate gardens, plants and green spaces is second to none.”

Over the years, Alan Titchmarsh has shared his wisdom through TV series, books and live presentations. We’ve rounded up some of his top tips, both on gardening, and on life!

RETIREMENT
“People say, ‘Why don’t you retire?’ And you say, ‘Well, if I retire, I’ll have to find something to fill the time’ – Yorkshire Post

THE LAND
“I’ve always been a man of the land, ever since I was little boy, and I grew up in the Yorkshire Dales so the wider open spaces are my territory. To have a bit of land here and beyond that, I don’t take it for granted at all.” – Yorkshire Post

BALD PATCHES
“To treat a bald patch on your lawn, you could just prick the bald patch with a fork and reseed it but that the grass could take a while to grow back. It’s much easier to replace it with a piece of turf that fits perfectly” – Waitrose & Partners online

LAWN PREPARATION
“Lawns will dry out if you don’t prepare the ground before sowing. Preparation of the earth for either seeding or turfing is exactly the same. Fork it over and take out any big rocks and stones and any thick, deep-rooted perennial weeds.” – Waitrose & Partners Online

GARDEN EQUIPMENT
“I’m the first to admit that if you have a big garden with lots of lawn, enormous trees and miles of hedges, then yes, hefty motor mowers, man-sized petrol-operated hedge trimmers, rotary trimmers, leaf blowers and even a giant shredder will save you time.” – Express.co.uk

POND MAINTENANCE
“Flag irises, water mint, bog bean and other marginals and bog plants must all be tamed and reduced a little and, although in the immediate aftermath the pond looks as if it’s done battle with a prizefighter, I know that, within a couple of weeks, the water will have settled.” – Country Life

HIS FAVOURITE PLANTS
“Depending on the time of year, it might be a snowdrop, a daffodil, an iris, a peony or an old-fashioned rose. I have a fondness for old apple trees when they’re laden with their coconut-ice blossom” – Country Life

COMPANION PLANTING
“Companion planting uses one plant to enhance the growth of another, either by its very proximity or by attracting insects which would otherwise plague the main crop. It varies in its effectiveness, but it is certainly worth a try since every little helps in the war against pests” – BBC Gardeners’ World

ON GARDENING
“What is crystal clear to me is the role played by our gardens in preserving our sanity in these times of social privation. To gaze on a patch of earth as spring begins to unfurl its snowdrop wonders is to be held by a sheet anchor, however turbulent the daily news.” – Country Life

See also: Taking Care of Your Lawnmower with STIGA

What Are the Top Causes of Pain in the Over-50s?