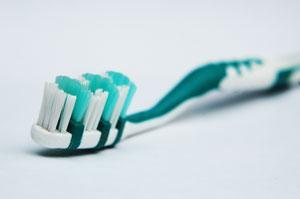 The research, conducted by Sensodyne Pronamel revealed that the future appearance of teeth were a higher priority than wrinkles, grey hair and hair loss.

Despite these figures, the study also showed that around 46 per cent of women surveyed do not know how to protect their teeth for the future.

Around 1 in 10 women surveyed admitted to only brushing their teeth once a day.

One means of protection is to strengthen the enamel of the teeth. Acid erosion can wear away this enamel. This can be worsened by fruit and carbonated drinks.

Dental hygienist Hygienist Mhari Coxon added, ‘It’s good to know that people are thinking about the future of their teeth, yet it is worrying that almost two thirds of people (65 per cent) spend 5 minutes or less a day looking after them’.

‘Making simple changes such as to the way you consume acidic food and drinks and incorporating a product designed to protect against acid erosion into your daily routine can help protect your teeth now and for the future.’

The truth behind women and their make-up