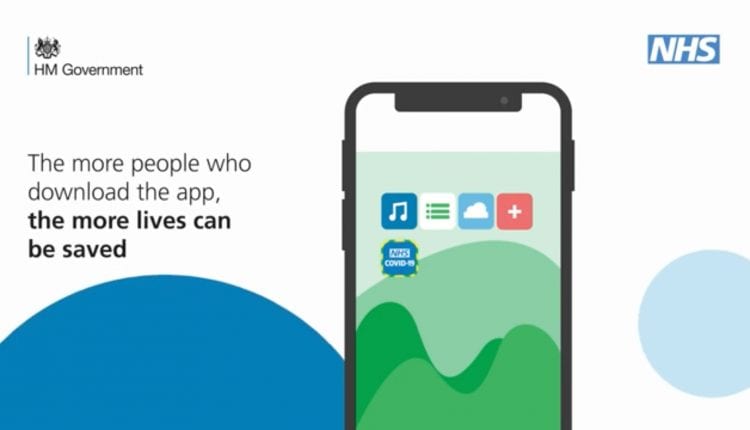 The Department of Health has announced that the much-hyped NHSX app is a failure. The app for centralised coronavirus contact tracing is being abandoned in favour of an app developed by Apple and Google.

See also: Coronavirus Rules Relaxed – So What Will Be Reopening on July 4th?

The NHSX app has been trialled on the Isle of Wight, where it was downloaded by 40 percent of the population. But researchers say that it would need more like 60 percent of the population to use a contact tracing app for it to work, and in any case the NHSX app is a failure because it had severe technical problems, one of which was difficulty in recognising Apple mobile phones.

Poor uptake may be a problem for any contact tracing app – in India, all public and private sector workers have been ordered to download their state-backed coronavirus tracking app which uses bluetooth and GPS, with threats of fines or jail if they do not comply.

See also: Is it true that coronavirus can cause diabetes?

But another reason the NHSX app is a failure apart from the lack of incentive to download it is the be severe technical problems with the system trialled on the Isle of Wight.

See also: Is Your Town the Next for a Coronavirus Local Lockdown?

The NHSX app is designed to alert mobile phone users if they have come into prolonged contact with someone who has later reported having Covid-19 symptoms. Bluetooth technology records when users are near each other, and if someone reports that they have developed symptoms, anyone they have been in close proximity to will be alerted and warned to self-isolate. But the NHSX app is a failure for both technical and political reasons.

It has become apparent that the NHSX app sometimes has difficulties in recognising Apple iPhones, and in measuring distance between contacts – so the NHSX app is a failure because this essential in establishing whether there has been an infection risk.

See also: Is Dexamethasone the Big Breakthrough in Coronavirus Treatment?

Dr Michael Veale, lecturer in digital rights and regulation at University College London, said another reason the NHSX app is failure is its inability to work well across borders, which he describes as “a worry”, as is its reliance on people self-reporting symptoms. Other countries use apps based on verified testing.

Dr Veale told Sky TV: “That appears to stem from, not a lack of number of tests potentially, but really something that hasn’t been focused on enough – the tests aren’t fast enough in the UK compared to other countries.

“And so the UK seems to claim it’s stuck using self-reporting because it can’t get a test turned around within a few hours.

“And this is really a worry. In other countries we’re working with, they are very clear that self-reporting will not be allowed on their app because it can be misused or used to prank or used to target people deliberately and put them into quarantine without them knowing.”

Another reason the NHSX app is a failure is that it is a centralised contact tracing system, feeding information to a central processing point, prompting privacy concerns from people who didn’t particularly want their every movement to be recorded by the government.

But the technical reasons why the NHSX app is a failure include it often failing to recognise Apple iPhones mean that the whole concept will now be abandoned in favour of an open-source app developed by Apple and Google which uses a more localised, decentralised data gathering system, and is in use in Germany, Italy and Denmark. However, this still relies on people carrying their smartphones everywhere they go, not much help to anyone who doesn’t have a suitable device.

Speaking in May, Housing Secretary Robert Jenrick said “As far as I’m aware we’re not developing a second app but we are paying attention to the other apps that exist elsewhere in the world.

“If we need to adapt our app or move to a different model, obviously we will do… We intend to roll out the NHS COVID-19 App nationally in the coming weeks.

“Downloading the app is entirely voluntary, but we will be calling on as many people as possible to download the app. The more people who get involved, the safer our community will be.”

But it now looks as if the NHSX app is a failure as planned, and will now be rolled out, not this year, but more likely next winter, with a similar looking ‘front end’ to the trial app, but with the Apple/Google system running it.

Another reason the NHSX app is a failure is that residents in Northern Ireland and the Republic may be forced to download two contact tracing apps in order to safely travel across the border, as the Republic of Ireland has already chosen to work with Google and Apple to develop a contact-tracing app. Experts have warned that this system will be impossible to make compatible with the UK’s NHSX app.

The decentralised version of the NHSX app will not allow public health authorities to gather information on infection clusters from the app, another way in which the NHSX app is a failure.

The announcement that the current version of the NHSX app is a failure was made a day after reports that former Apple executive Simon Thompson was taking over the delay-ridden NSHX app project.

Watch out for further news on the Department of Health’s announcement that the much-hyped NHSX app is a failure and is being abandoned in favour of an app developed by Apple and Google.

Coronavirus Deaths: Are the Statistics All Wrong?