Why The MMR Vaccine Is Essential for Your Child

With the news that the UK has lost its measles-free status, it’s time we looked again at the essential nature of vaccination 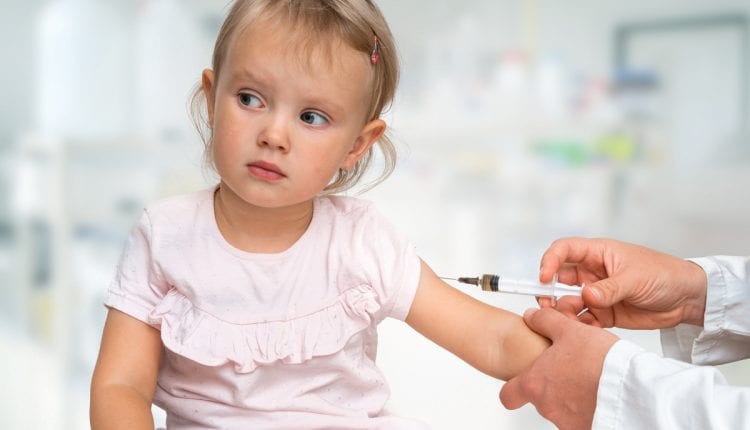 In 2016, the UK reached the status of being free of measles, as confirmed by the World Health Organisation. It had been a difficult struggle with a 50-year history. But now, that status has been removed, and even the Prime Minister has recognised that our efforts against measles and other immunisable diseases have to be redoubled.

Spread through moisture droplets, measles is regarded as one of the most highly infectious viral illnesses, and can be caught by anyone who has not been vaccinated or has not had it before, though it’s most common in young children. Symptoms include cold-like cough, sneezing and runny nose, high temperature, greyish-white spots inside the cheeks and a blotchy rash. The infection usually clears in 7-10 days, and the body builds up an immunity to further infections, but in rare cases it can lead to life-threatening conditions such as pneumonia and encephalitis.

By 2018, the 50th anniversary of the introduction of the first measles vaccine, into the UK childhood immunisation programme, it was estimated that 20 million measles cases and 4,500 deaths had been averted in the UK. Before this there were anywhere between 160,000 to 800,000 measles notifications and 100 deaths from acute measles in the UK each year.

First large-scale trials of measles vaccines in the UK began in 1964 with a sample of 27,000 children under the guidance of the Medical Research Council. By 1968 the measles vaccine was widely available, though coverage remained low until the late 1980s, and although the number of measles cases and deaths fell, measles transmission was not interrupted.

In 1988 the measles, mumps and rubella (MMR) vaccine was introduced for children aged 13 to 15 months, with a catch up for children up to pre-school age, and high vaccine coverage, in excess of 90 percent, was achieved fairly quickly, with the number of cases falling to very low levels.

Over the next 10 years measles control improved significantly but a pool of ‘susceptibles’ remained, so we continued to be vulnerable to outbreaks. Over the years, a number of catch-up campaigns have been rolled out to address gaps in population immunity. In 1996 a second dose of the MMR vaccine was introduced to the routine programme at pre-school age (3 years and 4 months) to protect those who hadn’t responded to the first dose.

The Importance of Childhood Immunisations

See Also: Immunisations for Every Age

But in 1998, things went off the rails. A gastroenterologist, Andrew Wakefield, published a study linking the MMR vaccine to autism and bowel disease. Now thoroughly discredited, at the time the paper received intense media coverage in the UK and worldwide, and had a disastrous effect on immunisation rates; they dropped to about 80 percent nationally in the late 90s and early 00s, and took many years to recover. Even now there is a virulent ‘antivax’ movement, particularly in America, where according to the Centers for Disease Control and Prevention, more cases of measles were reported in 2008 than any year since 1997. More than 90 percent of those infected had not been vaccinated, or their vaccination status was not known.

In the UK, by 2003 MMR vaccine coverage fell to 79 percent nationally, the lowest recorded since introduction of the programme, and by 2007 the annual number of confirmed measles cases exceeded 1,000 for the first time in a decade.

After a large measles outbreak affecting mainly teenagers affected the UK in 2012, a national catch-up campaign was launched targeting children aged 10 to 16 years; first MMR dose coverage in children at the age of two years peaked at 93 percent, and by 2016 the UK achieved measles elimination. But in 2018 that status was lost with several measles outbreaks linked to importations from Europe, with the majority of cases in young people over the age of 15.

Young people and adults aged 15 years and over who missed out on the MMR vaccine when they were younger have been particularly affected. There are also inequalities in vaccine uptake by ethnicity, deprivation and geography, and therefore the burden of measles falls disproportionately on some communities.

Public Health England is developing a UK-wide Measles and Rubella Elimination Strategy, and the Prime Minister has urged NHS England to write to all GPs to promote ‘catch-up’ vaccination programmes and will seek to strengthen the role of local immunisation co-ordinators in a bid to improve uptake. The Government has also said that it will seek to update the advice on the NHS’s website to address misleading information about the dangers of vaccines.

Of course, while the MMR jab for children remains the most essential vaccination to consider, it’s also vital to remember flu and pneumonia vaccinations for vulnerable groups and the importance of travel vaccinations such as hepatitis, meningitis, diphtheria, polio and tetanus. For adults as well as kids, the minor discomfort of a vaccination could make all the difference between health and debility. hc