Why Has Josephine Baker Been Honoured in France? 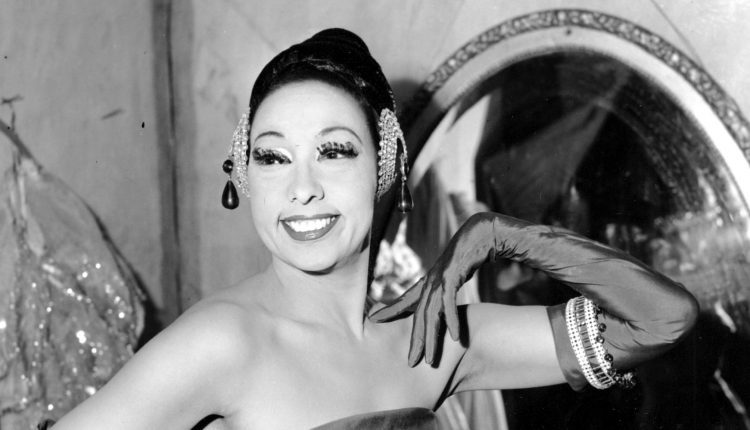 Josephine Baker will be symbolically interred in the Pantheon in Paris, an honour reserved for only the most historically significant figures. But who was she, and why is she the first black woman to be honoured by the French government in this way?

Who was Josephine Baker?

Josephine Baker was born in 1906, in St. Louis, Missouri and at the age of 19, having already been divorced twice, started a performing career. In 1925 she entered France to take up a role at the Theatre des Champs-Elysees, and instantly made a hit with a stage act in which she danced topless, wearing a belt of bananas. She became an iconic image and a symbol both of the Jazz Age and the Roaring Twenties.

Though she didn’t speak the language, this emancipated woman soon took her career into her own hands, turning her back on demands to embody racial stereotypes in her act. She was the first black woman to star in a major motion picture, the 1927 silent film Siren of the Tropics, directed by Mario Nalpas and Henri Étiévant. She learned to speak five languages and toured all across the world.

In 1937, she married Jean Leon, a Jewish industrialist, and became a French citizen. As Leon began to suffer from the anti-Semitic laws of the collaborationist Vichy regime, Baker began to work for French counterintelligence, passing messages written on her music sheets as she toured. When France fell in 1940, she refused to play for the occupying Nazis, moved to southwestern France and continued her intelligence activities.

At the end of the war, she performed for former prisoners and deportees in Germany. She became involved in anti-racist campaigns, opposing segregation during an American tour in 1951, which led to her being banned from the country for 10 years. The FBI labelled her a communist and watched her activities, while back in France, she adopted 12 children from all across the world, creating what she called a ‘rainbow tribe’ to embody her idea of ‘universal fraternity’.

One of Baker’s sons, Brian Bouillon Baker, said: “My mother saw the success of the rainbow tribe, because when we caused trouble as kids, she would never know who had done it because we never ratted on each other, risking collective punishment

I heard her say to some friends ‘I’m mad to never know who causes trouble, but I’m happy and proud that my kids stand united.”

Following the war, Josephine Baker was awarded the Resistance Medal by the French Committee of National Liberation, the Croix de Guerre by the French military, and was named a Chevalier of the Légion d’honneur by General Charles de Gaulle. In 1949, a reinvented Baker returned in triumph to the Folies Bergère. Bolstered by recognition of her wartime heroism, Baker the performer assumed a new gravitas, unafraid to take on serious music or subject matter.

Though her career faltered, and she suffered both health and money troubles, in 1975 she appeared in a revue to celebrate her 50 years in show business. She died four days later at the age of 68, with 20,000 attending her funeral where she received full military honours.

Benetta Jules-Rosette, a leading scholar on Baker’s life and a sociology professor at the University of California, San Diego, stated: “Baker’s involvement in politics was individual and atypical”

French President Emmanuel Macron decided that the interment ceremony would take place in response to a petition from the French public. Her body will remain where it is interred in Monaco, but soil from places associated with her life will be buried in the Pantheon, a monument to France’s national heroes where some of its most revered historical figures are buried.

Even though Baker was born in Missouri, USA, she was ‘adopted’ by France, and particularly by Parisians. She came to fame as a cabaret dancer and singer, but during the Second World War, aided the French Resistance, and following the war, became a prominent civil rights figure. A coffin carrying soil from her birthplace, from Paris and from Monaco will be interred in the Panthéon and a cenotaph will be installed in vault 13 of the crypt in the Panthéon.