We shine a light on some of the most popular surgical and non-surgical cosmetic procedures among celebrities. 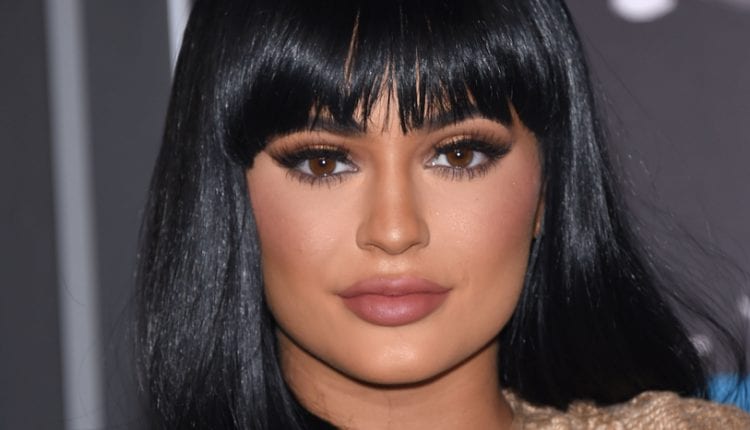 Cosmetic modification isn’t a new concept to Hollywood’s elite. In fact, competition to maintain an attractive and youthful physique has never been fiercer. We highlight the procedures that are sweeping their way through the celebrity community and reveal exactly who is advocating them.

Many stars go to great lengths to maintain a youthful appearance; the platelet-rich plasma therapy (PRPT)—also known as the ‘vampire facial’—is a prime example of this. One of the most notable advocates for this procedure is reality TV star Kim Kardashian West, who tried it for the first time on her show, Kim and Kourtney Take Miami (2009-2013). Viewers were shocked when they witnessed Kardashian West’s own blood being extracted from her arm and injected into her face with a tool called a Dermapen—a device consisting of several needles. The process takes around 20 minutes and leaves the face red and swollen for some days following the treatment. Benefits can be seen after a few weeks as the skin cells start to regenerate.

Kylie Jenner’s appearance is arguably one of the most talked about topics of the last few years. Being part of the famous reality TV show, Keeping Up with the Kardashians (2007-present), means that the now 20-year-old has had her fair share of the spotlight. After a huge amount of speculation from the media, Jenner finally admitted to having regular lip injections in 2015. Consequently, clinics around the globe reported a dramatic increase in requests for the procedure, which has been cleverly dubbed the ‘Kylie effect’. Lip augmentation consists of injectable dermal fillers that can improve the volume, structure and shape of the lips. While the results are long-lasting, they are not usually permanent.

Whether she is sharing photos of her stretch marks on Snapchat or speaking candidly about postpartum depression, nobody can deny that Chrissy Teigen—model and wife to superstar John Legend—is an open book. One of her most recent disclosures has been about her cosmetic procedures, the most surprising being liposuction in her armpits. ‘I had my armpits sucked out’, the star confessed. While she admitted that it wasn’t the most necessary surgery, it gave her the confidence to wear sleeveless tops. Armpit liposuction procedures usually entail injecting a numbing substance into the area to soften the fat. While the patient is sedated, the fat is removed using a micro-device. The procedure involves no sutures but requires a compression wrap to be applied while it heals.

In an interview in Women’s Health magazine in 2016, actress Kaley Cuoco opened up about her experiences with cosmetic surgery. At the time, she had only undergone nose surgery and breast enhancement, which she described as the ‘best thing I ever did’. More recently, she revealed her decision to have neck fillers: ‘Recently I had a filler in a line in my neck I’ve had since I was 12.’ Horizontal lines occur naturally on the neck and tend to deepen with age. Dermal fillers are usually injected, filling lines in the neck and reducing the appearance of wrinkles. The procedure is long-lasting but not always permanent—several treatments may be necessary.

Breast augmentation is the term used to describe the plastic surgery techniques that not only increase the size but also improves the shape of the breasts. British pop star Rita Ora has received a considerable amount of press recently, with rumours circulating that she has had the procedure. Over the last few years, the singer has branched into acting and, as a result, has secured her biggest role to date as Mia in the Fifty Shades of Grey (2015-present) movie saga. After appearing on the red carpet for the premier of Fifty Shades Freed (2018), fans took to Twitter to remark upon her changed physique. Dr Maurino Joffily, a plastic surgeon from Harley Street, also offered his opinion on the matter. Comparing images of Ora from 2009 up until the present, he noted significant change—most notably to her breasts. ‘Breast augmentation with Ms Ora is a high possibility. We can see more volume on the top of her cleavage,’ he speculated.

Big Little Lies (2017-present) star, Nicole Kidman, has been at the centre of speculation for years in regards to her appearance.

At the age of 50, the prominent actress still looks as youthful as ever. But how does she retain such smooth and glowing skin? While Kidman has admitted to trying Botox in the past, some experts believe she may also have explored other avenues of cosmetic enhancement. Michael Prager, a leading cosmetic doctor in the UK, suggests that Kidman’s plumped skin could be the result of dermal fillers. ‘Her chin looks like it has been filled recently and her forehead also looks like it could have been injected with dermal filler,’ he said. Dermal fillers help to fill wrinkles and add volume; they tend to consist of hyaluronic acid, however, ingredients can vary. The effects of fillers are not permanent, therefore top-ups are usually required.

Rhinoplasty—commonly known as a nose job—is a surgical procedure that many celebrities opt for. One particular music icon known to have taken the plunge and receive such a treatment is Iggy Azalea. In a recent issue of Seventeen magazine, Azalea admitted to having the surgery: ‘I’m not denying it, denying it is lame,’ she said. ‘Plastic surgery is an emotional journey […] there are things that I didn’t like about myself that I changed through surgery.’ Using reshaping methods, rhinoplasties aim to remove any curvature and bumps in the nose and give more definition to the face as a whole. The procedure is somewhat invasive and can take several weeks to heal.