What Will You Make For National Doughnut Week? 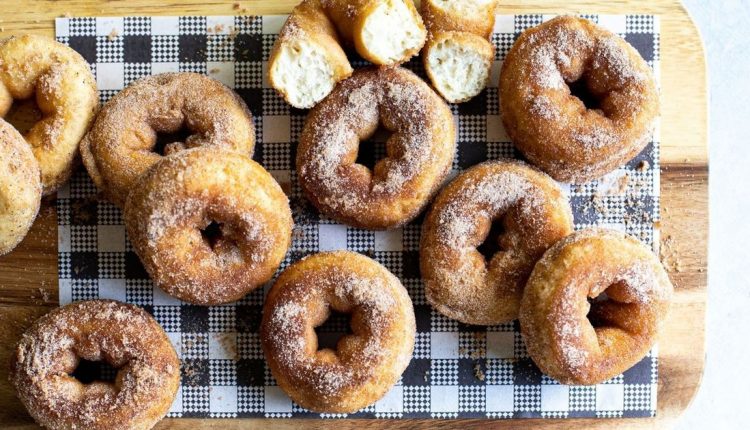 It’s National Doughnut Week from 7th-15th May, a very special week where businesses including bakers, coffee shops, offices and take part and sell lots of delicious doughnuts to raise funds for The Children’s Trust. It’s really easy to get involved and there is no charge to take part! All you have to do to register is complete the online registration form here and you will receive a pack of goodies to help organise and promote the week. So whether you’re a baker, a school or a business that wants to get involved and raise funds for The Children’s Trust get involved – 100% of the funds raised go straight to the charity so rest assured all your hard work directly benefits the children involved in The Children’s Trust.

Independent Hertfordshire bakery, Simmons Bakers, said‌: “For National Doughnut Week last year we produced an extra range of hand-finished luxury doughnuts, the sales of which we donated a portion of. We sold over 3,500 doughnuts, donating 25p each and raising £900. It was a fantastic way for us to offer support in the way we know best – sweet treats! We are honoured to have been able to contribute to such a worthy cause and will continue to do so each year.”

Welsh bakers, Jenkins Bakeries, commented: “David Jenkins Ltd is proud to participate in National Doughnut Week. It is a seasonal event that our staff in the bakery and our retail teams look forward to during the year. Not only is it a great opportunity to showcase our superb range of doughnuts but also to support The Children’s Trust. We look forward to supporting again in 2022.”

If you fancy making your own doughnuts to sell for the charity, we’ll tell you how to do it. It’s a bit tricky, but this method from Joy the Baker gives you all you need to know.

“Making homemade doughnuts isn’t as hard as you might think. It’s about activating yeast, throwing all of the ingredients in a mixing bowl and having the guts to heat oil to over 300 degrees. It’s that last part that usually gets people caught up but I think you’re here because you have the guts. I mean… just look at the rewards!”

You’ll also need a round cookie cutter and fry thermometer.