What is the Smart Home and How Will You Get Connected? 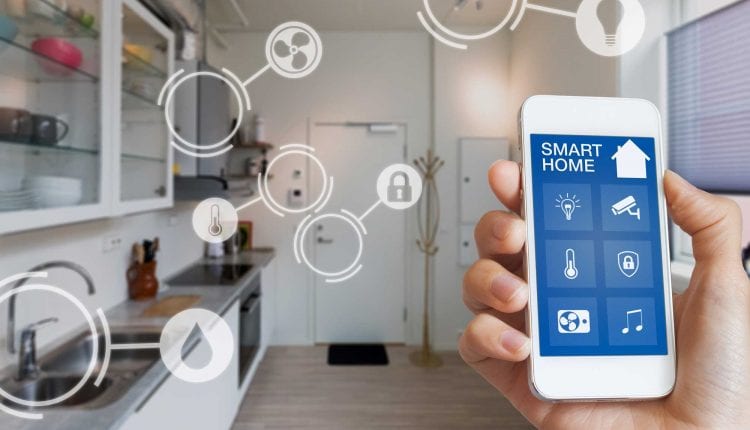 What is the Connected Home Over Internet Protocol Alliance, and why is it going to find a place in all our houses? We asked the techno experts to explain

Since the invention of the TV remote control, it’s been possible to control our technology from a convenient handset. Applying the same principle to every household device proved more difficult, because every manufacturer had different ideas on how this could be done.

The big game-changer was the popularity of the smartphone. Apple, Android and even Windows phones have the ability to control almost any device via Wi-Fi; then, all the appliance manufacturers needed to do was to work to the same standard.

After a few years when it looked like ‘smart homes’ might never take off because there were still too many rival standards, at last there have been moves towards setting a single standard – though they’ll have to come up with a catchier name than The Connected Home Over Internet Protocol Alliance.

Formed in December 2019 by the multi-manufacturer Zigbee Alliance, Amazon, Apple and Google to simplify development for manufacturers and increase compatibility for consumers, the initiative is built around a shared belief that smart home devices should be secure, reliable, and seamless to use.

Building on existing internet standards, the project aims to enable communication across a huge range of smart home devices, mobile apps, and cloud services and to define a specific set of internet-based networking technologies.

The industry working group will take an open-source approach for the development and implementation of a new, unified connectivity protocol – in other words, anyone can join in.

Intending to use contributions from market-tested smart home technologies from various member companies, the project is expecting to accelerate the development of the unified protocol and deliver benefits to manufacturers and consumers faster.

Zigbee is a low-power, low data rate, short range protocol for home systems such as lighting, energy monitors, garage door controls and the like, conceived in 1998, standardised in 2003, and revised in 2006. The name refers to the ‘waggle dance’ of honey bees after their return to the beehive.

Through its participation in the Connected Home Over IP Project, companies like Essence Group, which joined the Alliance this year and which specialises in remote security and medical care applications, ai to move into all sorts of new market sgments and promote the idea of the smart home throughout the coming decade.

“Industry players are working alongside each other through the Alliance to shape the future of the ‘Internet of Things’ using open global standards,” said Chris LaPre, solutions architect from the Zigbee Alliance.

“Our members together drive meaningful connections throughout the smart home, and we welcome new additions like Essence Group to our roster of IoT visionaries.” ■

How a Smart Home Can Help Your Daily Life