When you’re being told to most definitely let your baby sleep on its back, and also never ever to do that, how do you know what’s right? We try to unravel the mystery of safe sleeping practices 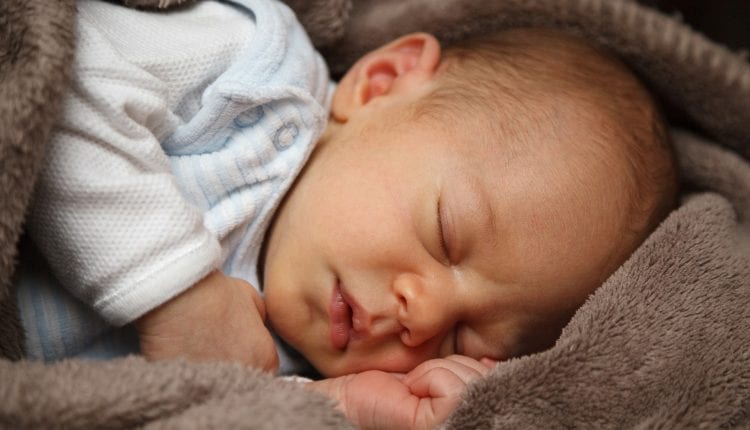 Nothing strikes so much fear into the heart of a new mother as the mention of SIDS (Sudden Infant Death Syndrome, or cot death). It’s particularly terrifying because scientists are currently unable to explain it completely. However, doctors do have some sound advice for parents looking to reduce risk.

Parenting blogs and books can offer wildly conflicting advice, but medical science states unequivocally that infants should sleep on their backs. There’s no need to worry about what to do once your baby is old enough to roll over—at that point, they are big enough to no longer be at risk of  cot death.

The safest place for your baby to sleep for its first six months is in a cot in your bedroom, not in your own bed. It’s particularly important not to bed-share if you or your partner take sleeping medication, smoke, or have recently drunk alcohol.

On that note, babies exposed to cigarette smoke before and after birth are at an increased risk of SIDS, so ban smoking in the house and don’t take your baby into smokey places.

The Importance of Sleep Positioning During Pregnancy

Caring For Your Baby’s Skin – The Natural Way

It’s time to give up the habit of sleeping on the sofa, as this is linked to a higher risk of SIDS. It’s safest to put your baby back in their cot before you go to sleep.

In many countries and cultures around the world, co-sleeping is a widely accepted practice, but in the UK, the idea can be a cause for concern. A recent survey of 2,000 parents by Sleepyhead revealed that over 70 percent of new parents were nervous to co-sleep. But after baby was born, over 59 percent did end up co-sleeping with their baby at some point within the first month.

In Sweden, co-sleeping is an important part of family life, and Swedish-born Lisa Furuland-Kotsianis, the founder of Sleepyhead of Sweden, was keen to find something that would aid co-sleeping. For Lisa, being close to her baby during the night was a natural part of parenting.

Lisa says that “The well-being and happiness of babies are the objectives and inspiration of all Sleepyhead of Sweden’s creations.”

Is Your Baby or Child Tired Out? They May be Allergic to House Dust Mites

Making A Noise About Hearing Protection

Don’t Let Sibling Rivalry Get The Best Of Your Family

Ready Made vs. Home Cooked Food for Weaning and Beyond