Hypertension, or high blood pressure, affects more than one in four adults in the UK. Here’s how to manage it before it becomes serious. 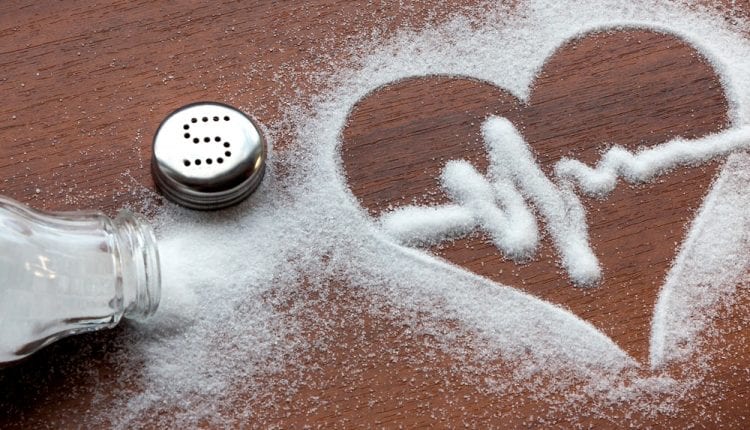 Hypertension, also known as high blood pressure, rarely has noticeable symptoms. In fact, adults can go through the majority of their life unaware of their blood pressure—though it may be a contributing factor behind feelings of being tired or shortness of breath.

The NHS advises all adults over 40 get their blood pressure checked at least every five years—this, the NHS notes, is easy and could save your life. A blood pressure test can be done in a doctor’s office, at most pharmacies and even at home with a kit.

While doctors aren’t sure what causes hypertension overall—the underlying cause of the overwhelming majority of high blood pressure cases can’t be found—there are several factors that can exacerbate the problem.

People living on the northern islands of Japan eat more salt per capita than anyone else on earth, and they also have the highest rate of hypertension.

A diet high in salt is one of the biggest causes of hypertension—and as the recommended salt intake for adults is 1 teaspoon (6g) per day, it’s easy to go overboard in our modern diet. While the temptation is great and the risk can feel small in your day to day life, controlling your salt intake is imperative.

Why is Stroke on the Rise in Young People?

How Do You Strike Back Against Strokes?

Those looking for more detailed guidelines can check out the Dietary Approaches to Stop Hypertension, or DASH diet. The diet was created by researchers who noticed that hypertension was far less common in people who followed a plant-based diet. To that end, DASH emphasises fruits, vegetables and lean proteins and discourages red meat, salt and added sugars and fat.

Before your blood pressure gets too high and brings with it an entire menu of life-threatening diseases, there are several lifestyle changes that can help mitigate your risk. Exercising, eating more healthily, limiting your alcohol, stopping smoking and cutting your caffeine intake will all help lower your blood pressure and reduce your risk of hypertension illnesses.

Nutrition researchers recommend eating foods such as leafy greens, bananas, fish, berries, oatmeal and pomegranates. Above all, it is recommended to reduce your salt intake, first and foremost.

For the hypertension cases that can’t be solved entirely through a change of diet, exercise or other behaviour, there’s still hope. Researchers at the University of Edinburgh have pinpointed cells in the immune system that could be key to tackling high blood pressure.

The study, published by the European Heart Journal, revealed a new role for specialised white blood cells called ‘macrophages’, that are central to the body’s immune system, discovering that macrophages scavenge for and eat certain molecules (the hormone endothelin)—which brought down the blood pressure of mice involved in the study.

For those still struggling to lower their blood pressure, you may want to consider a change of scenery. A landmark study published last year found that residents who live in “walkable” cities had a lower risk of hypertension than those who lived in cities where the primary mode of transport was driving.

To measure the walkability of a city, researchers considered the residential and retail density, public transport, street-level movement and proximity to attractive destinations, among other factors. Poorly designed spaces tend to inhibit walking and physical activity, which promotes a sedentary lifestyle. This in turn is a detriment to residents’ health.

“Well designed cities of today will be healthy cities of tomorrow,” said Dr Chinmoy Sarkar, an assistant professor at the Healthy High Density Cities Lab of the University of Hong Kong and lead author of the study.

The Dangers Of High Blood Pressure

Realise the Value of Your Home When It Comes Securing Finances