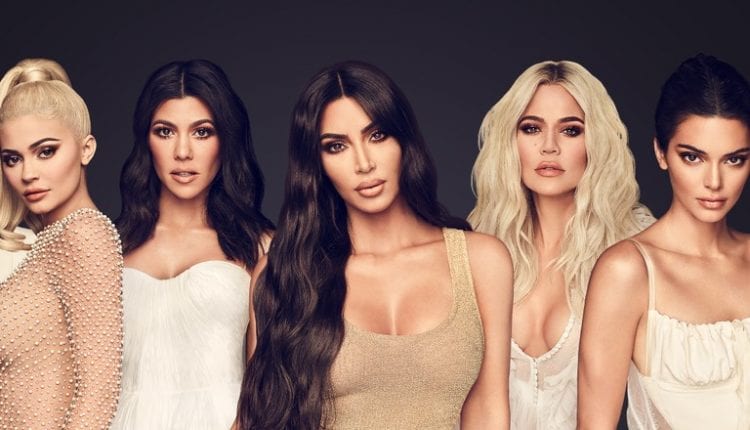 With the news that Keeping Up With the Kardashians is ending, we though we’d run down our favourite celebrity reality shows ever

It’s amazing to think that Keeping Up wth the Kardashians has been running for 13 years, and the announcement that the celebrity reality TV series is now coming to a end only emphasises that TV is now dead; the Kardashians no longer need it, they have social media instead.

The show arguably changed the nature of media, and few people would argue in a good way; once TV producers realised that they could fill endless hours with contrived ‘reality’ shows, saving money on little things like scripts, sets and actors, the writing was on the wall for quality TV (arguably HBO, Netflix, Disney+ and the like are now fighting back).

The fact was that the horrible fascination of the ‘real’ lives of ‘real’ people delivered blockbuster viewing figures – why go to the effort of creating drama, when it could just roll out in front of you?

In some ways, celebrity reality shows were more dramatic than any fiction, because the viewers imagined what they were watching was real life. In fact, of course, it rarely was; the tears, tantrums and arguments were often scripted, and when any inconvenient realities intruded (the odd mental breakdown, suicide or racist outburst), the producers were always quick to voice their concerns and change the format.

Apparently the first ‘reality’ show, An American Family, was made in 1973 by, of all channels, America’s nonprofit service PBS; but things really kicked off in the 1990s with the likes of The Real World, an MTV production featuring young adults facing up to life’s problems in a new city.

In Europe, the dam broke with the coming of Big Brother, a show which didn’t initially feature celebrities, but which certainly manufactured a few (thus degrading the term ‘celebrity’ for all time’).

The initial concept of Big Brother – to subject contestants to 24 hour surveillance and see how their relationships developed – almost had a meaningful sociological point. Bu the show soon degraded into a parade of acting out and voyeurism, which other shows competed to match. Probably the depths were plumbed by Naked Attraction and Love Island, two shows so prurient that they almost fulfill Nigel Kneale’s prediction in his 1968 TV play The Year of the Sex Olympics that in the future we we all be constantly glued to screens showing nothing but non-stop pornographic performances.

So back to Keeping Up With the Kardashians, which has made some of the biggest celebrity reality show fortunes and reputations. If Kylie Jenner’s clothing and cosmetics businesses really made her the world’s youngest self-made billionaire, reality has a lot to answer for.

Produced through MTV and Bunim/Murray Productions and currently airing on Facebook Watch after airing on MTV from 1992–2017, The Real World was first broadcast in 1992, and was inspired by the 1973 PBS documentary series An American Family. The longest-running program on MTV and one of the longest-running reality series in history, it’s credited with launching the modern reality TV genre. The thirty-third season was filmed in Atlanta, Georgia and premiered in June 2019, along with the first new international localized versions since 1996: El Mundo Real in Mexico City and The Real World: Bangkok.

Brilliantly exploiting Lord of the Flies-style tribalism, Survivor is a reality-competition television franchise produced in many countries around the world. The show features a group of contestants deliberately marooned in an isolated location, where they must provide food, water, fire, and shelter for themselves, and compete in challenges for rewards and immunity from elimination. Contestants are progressively eliminated from the game as they are voted out by their fellow contestants, until only one remains to be awarded the grand prize and named the “Sole Survivor”.

British television producer Charlie Parsons developed the format for Survivor in 1992. As of May 2020, the flagship American version of Survivor has aired 40 seasons since its launch in 2000; the 40th and most recent of which being an an all-winners edition, aired in early 2020.

A British dating reality series (there’s an American version which is a pale imitation), Love Island is a revival of the earlier celebrity series of the same name, which aired for two series in 2005 and 2006 on ITV. The series is narrated by Iain Stirling, and was hosted by Caroline Flack until 2019; Laura Whitmore began presenting the series in 2020.

Set in a villa in Mallorca (later, South Africa), the show has produced a considerable amount of controversy, with four people linked to it having died by suicide. Former contestants Sophie Gradon and Mike Thalassitis were found to have died by suicide after appearing on the show, and after presenter Caroline Flack’s suicide, there were some calls to cancel the programme.

There are fifteen international versions of the series, but the original is currently on hold during the coronavirus pandemic.

The premise of this show was that two entitled socialites who had never lifted a finger to work in their lives would be sent to various benighted spots and forced to do manual labour. From sausage factories to funeral homes, hotel heiress Paris Hilton and showbiz brat Nicole Richie failed to learn any valuable lessons about the value of hard work, but in fact spent most of their time bitching and arguing. Five seasons were enough, and by the time that the two girls were no longer talking to each other, we had all learned a valuable lesson, even if they hadn’t – that rich people are pretty much beyond redemption.

Credited as the inspiration for more overtly ‘out’ series such as RuPaul’s Drag Race, ANTM was a competititve, interactive modelling contest with a judging panel of celebrities. Created by actress/model/whatever Tyra Banks, the series was the highest-rated show on The CW from 2007 to 2010. Plunging ratings (and perhaps a feeling that judging women on their looks was no longer on point) led to its cancellation.

Though winners typically received a feature in a magazine and a contract with a modelling agency among other prizes, none of them seem to have gone on to a stellar career. Despite this over thirty versions of the series have been produced internationally.

A strange combination of reality show, stunt competition and sheer stupidity, Jackass originally aired for three seasons on MTV between 2000 and 2002, and featured a cast of nine including Johnny Knoxville and Bam Margera carrying out stunts and pranks on each other or the public.

The Jackass franchise grew to include five feature films, something no other reality show can claim, and placed 68th on Entertainment Weekly‘s “New TV Classics” list. From filling a limo with bees, to setting off airhorns on a golf course and smashing up a rental car in a demolition derby, the Jackass team proved that if you’re going to be dumb, you have to be tough.

Originally a Dutch reality competition, first broadcast in the Netherlands in 1999, the show’s”housemates” live together in a specially constructed house isolated from the outside world, and are continuously monitored by live television cameras. Competing in increasingly humiliating games, they vote each other out on the grounds of who is the most annoying – in the Celebrity versions, it’s often hard to tell. Famous for generating an endless succession of micro-celebrities, controversies and plot twists, Big brother is franchised in 54 countries – in Portugal, the current season has each contestant isolated individually, communicating via tablets.

Inspired by the Seinfeld episode The Contest, Too Hot to Handle starts off like Love Island – gorgeous singles put together in romantic surroundings and encouraged to pair off – but the twist is that they’re banned from having sex, or any physical contact. Netflix’s number one rated show when it was release in April 2020, THTH was described by critic John Serba as “some of the dreckiest dreck ever drecked”, so it’s bound to be renewed – rumour has it that the next season will be filmed in Australia.

Starting as a spin-off from a Paris Hilton reality show, Keeping Up With the Kardashians featured the brood of Bob Kardashian, an attorney and businessman who defended OJ Simpson. From leaked sex tapes to celebrity marriages, jail sentences, prank phone calls, a multibillion dollar media and retail empire and a self-obsession bordering on mania, The Kardashians has it all. Since her marriage to Kanye West, central character Kim’s fame has reached beyond stratospheric, while half-sister Kylie Jenner claims to be a self-made billionaire.

So with the news that Keeping Up With the Kardashians is ending, is that the end for celebrity reality shows? We’ve run down our favourites, but what are yours?

Why Indoor Air Pollution Is The Invisible Menace