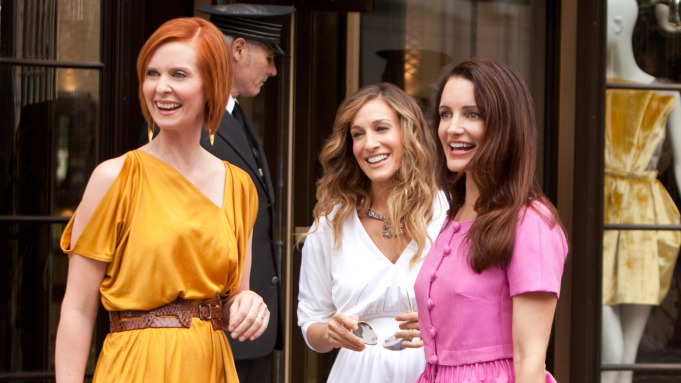 With news that Sex & the City is due to get a reboot – without one of the four original stars – we thought we’d run down some of the most and least successful TV reboots ever. We’ll bring the cocktails!

Sex and the City

Originally running for six seasons and 94 episodes on HBO between 1998-2004, SATC was followed by two feature films in 2008 and 2010, the second one a notorious bomb. A third movie was on the cards but never progressed. Prequel series The Carrie Diaries launched on The CW in 2013, with AnnaSophia Robb playing a young Carrie Bradshaw, and ran for two seasons.

The original New York-set relationships dramedy was a cultural icon in its day, running the gamut of hot topics from expensive shoes to oral sex techniques. The reboot, titled And Just Like That… and produced by HBO Max in ten parts, will feature original stars Sarah Jessica Parker, Cynthia Nixon and Kristin Davis, but not Kim Cattrall, who played the oldest of the four, Samantha Jones. Whether it’s over a feud with her co-stars or a beef about money, Samantha will be missed and her absence may undermine the whole experience. Production starts this Spring.

Arguably one of the most successful reboots ever, BSG took a cheesy Star Wars rip-off that lasted one-and-a-half seasons in 1979-80, and turned it into a gut-wrenching, politically explosive, apocalyptic sci-fi epic driven by the performances of Katee Sackhoff as conflicted pilot Starbuck, Edward James Olmos as father-figure Admiral Adama, and Tricia Helfer as seductive cyborg Six. Original star Richard Hatch made a guest appearance, and from 2004-7 there were four complete seasons after the three-hour introductory miniseries, as well as online and feature-length spinoffs, and a short-lived prequel, Caprica. There’s talk of a further reboot in the works.

First there was The Six Million Dollar Man, based on the novel Cyborg by Martin Caidin, then there was spin-off The Bionic Woman, starring Lindsay Wagner as enhanced secret agent Jaime Sommers, and running from 1976 to 1978 (then in three TV movies from 1987 to 1994). An ill-fated 2007 reboot, Bionic Woman, starred Eastenders graduate Michelle Ryan as a bartender rebuilt after an accident by her mad scientist boyfriend. Yes, it was that bad, as well as being overly complex and gloomy, but being interrupted by a writers’ strike didn’t help the series, which lasted only eight episodes. But we have a feeling the bionic woman will be back one day in some form.

The original Heroes ran from 2006 to 2010, telling the story of superhumans trying to avoid catastrophic futures. But four series were enough. Trying to reboot it as soon as 2015 with the series Heroes Reborn was doomed to failure, even though creator Tim Kring said it was not a direct continuation of the original show – ‘not the fifth season, actually the tenth season’ – but intended to last for only 13 episodes. Which it did.

Everyone watched the 356 episodes of the original Dallas from 1978 to 1991 – championed in the UK by Terry Wogan, it was like an afternoon soap opera on a multi-million dollar budget, with Larry Hagman lording it over it all as ruthless Texan oil tycoon JR Ewing. But even resuscitating Hagman (as well as original stars Patrick Duffy and Linda Gray) in a 2012-14 remake couldn’t maintain the excitement, and it didn’t help when Hagman died at the age of 81 and had to be written out of the series. Three seasons were all it got.

The show originally aired for 12 seasons from 1968 to 1980, and at the airing of its last episode, was the longest-running police drama in American television history. Starring Jack Lord as Steve McGarrett, head of a special state police task force, it was best remembered for two things – Morton Stevens’ bombastic theme tune and McGarrett’s catchphrase, “Book ’em, Danno!”

The reboot ran from 2010 to 2020 and managed a respectable 240 episodes. Interestingly, show developer Peter M. Lenkov had also been responsible for reboots of Magnum PI and McGuyver, and set them in the same fictional universe, allowing crossover episodes.

Based on the Archie comic, sitcom Sabrina the Teenage Witch ran from seven seasons from 1996-2003 – there were also animated versions. Chilling Adventures of Sabrina is a much spookier affair from Netflix, with Sabrina Spellman, half human and half witch, played by Kiernan Shipka. Though it was fairly well received, it was cancelled in 2020 after 36 episodes. Time for that Buffy the Vampire Slayer reboot, we think.

Starring Ronnie Barker as old lag Norman Stanley Fletcher and Richard Beckinsale as unworldy jailbird Lennie Godber, Porridge had a surprisingly short run on the BBC, with three series and two Christmas specials from 1974 to 1977. There was also a feature film version and a short-lived follow-up, Going Straight. It’s often regarded as the best ever British sitcom.

The same could hardly be said for the 2017 reboot which followed a 2016 pilot. Starring Kevin Bishop as Fletcher’s grandson Nigel, it was a laugh-free experience despite having the same writers, and didn’t make it to a second series. As Fletcher might say, “Done? You certainly have been.”

Is the 2015 Poldark a reboot of the 1975 original? Arguably not, it’s just a different adaptation of the novels by Winston Graham set in the 1700s. But the new version had the brand new feel, what with a lot of shirtless men with rippling muscles, and plenty of fornication in the Cornish countryside. Over five series and 43 episodes the series told the tale of Ross Poldark, his paramour Demelza and rivals the Warleggans. Then they had the sense to knock it on the head, apparently as Winston Graham’s estate wouldn’t let the BBC develop the series beyond his original books.

Noooooooooooooooooooooo! They can’t be reviving Frasier, surely? Admittedly one of the funniest and most touching sitcoms of all time, the tale of pompous Seattle radio psychiatrist Frasier Crane, played by Kelsey Grammar, ran for 11 seasons from 1993 to 2004 (and was itself a spin-off of Boston bar sitcom Cheers). But most of the humour came from Frasier’s relationships with his crusty ex-cop father Martin (John Mahoney, who died in 2018), and with his fragile brother Niles (David Hyde Pierce). But the proposed reboot will apparently be set in a different city, and with none of the original supporting characters. As Niles might say, it could be “worse than the summer we added the breakfast nook to the treehouse.”

So what do you think are the best and worst TV reboots ever, and what favourite shows would you like to see rebooted, or left well alone?

How to Improve Your Home With a Kitchen Makeover