What Are the 10 Best (and Worst) Director’s Cut Movies Of All Time? 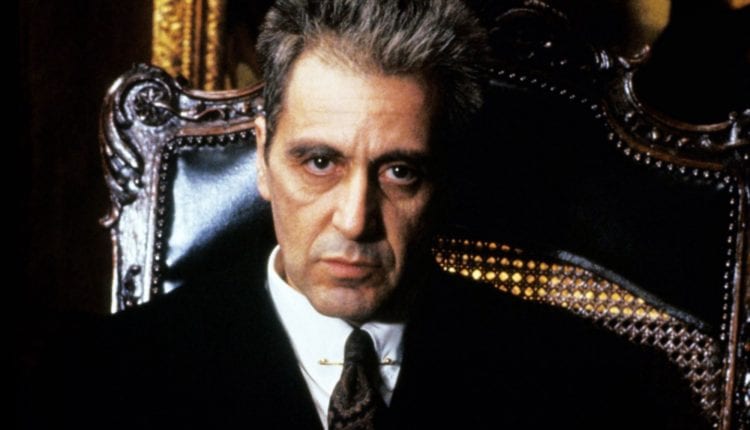 With news that Francis Ford Coppola’s The Godfather Part III is getting the director’s cut treatment, we look at some of the best director’s cuts of all time, and those that would have been best left alone.

It’s commonly thought that Francis Ford Coppola made two great Godfather movies, then he made The Godfather Part III. Apart from the helicopter attack and that one great line – “Just when I thought I was out, they pull me back in!” – most critics think it’s a movie too far. But now Francis Ford Coppola has prepared a Director’s Cut of his 1990 flop – The Godfather Coda: The Death of Michael Corleone. Apart from a new high-definition master, we’re promised a different start, a different end, and a ten minute shorter running time. But is it always a good idea to mess around with a movie after its initial release? Let’s look at the good, the bad and the ugly…

Francis Ford Coppola has form for messing around with his cinematic output. After Vietnam war movie Apocalypse Now was cut from its original four hours running time, Coppola obviously always hankered to restore some of the lost footage. The result was 2001’s Apocalypse Now Redux, a 202-minute version generally regarded as a Big Mistake. The main restorations were 49 minutes of over-long scenes in a French plantation and on a US army base. Astonishingly, Coppola had another go with Apocalypse Now: The Final Cut in 2019.

Zack Snyder’s complex, colourful movie adaptation of Alan Moore’s anti-superhero comic was incredibly faithful to the original, but cut out a huge (though arguably disposable) sub-plot, the pirate adventures on the Black Freighter. The Snyder Cut restores this material in animated form, as well as adding 24 minutes of flashbacks and character building. But you still won’t be able to figure out what’s going on unless you’ve read the comic.

Michael Cimino’s epic 1980 Western is remembered not so much for its 219 minute excess (the original version was 325 minutes), but for the fact that it nearly destroyed the studio United Artists. A massively expensive flop, it’s the subject of a documentary which, in the words of one of the producers, “revisits the crime scene.” But the movie was reassessed in 2012 when Cimino released a widely praised Director’s Cut, with several subplots and an intermission cut out.

07. Close Encounters of the Third Kind

We’re not even going to touch on Star Wars – too much emotional baggage – but another science fiction classic unwisely tampered with after release was Steven Spielberg’s hit Close Encounters of the Third Kind. Three years after its release, and despite not having his original director of photography or most of the main cast, Spielberg insisted on shooting new footage, including some redundant scene-setting, and, crucially, scenes inside the alien mothership – a dramatic faux pas of cosmic proportions. Wisely, these scenes were removed again by the time of the 1998 Collector’s Edition.

06. Once Upon a Time In America

Sergio Leone’s prohibition drama was originally released in Europe in a 229-minute version, but after some critical savaging, it was cut to 139 minutes for release in America. What’s worse, it was reedited into chronological order. In 2011, Sergio Leone’s children oversaw a digital remaster of the original vision, restoring some missing scenes and the non-chronological order, and changing the ending. It was well received in Cannes, but apparently the work isn’t finished, because there are still some rights issues surrounding missing scenes.

05. The Lord of the Rings Trilogy

DVD really came into its own when Peter Jackson came to present the Extended Editions of his movie versions of JRR Tolkien’s The Lord of the Rings trilogy. Little were we to know that there was something like 157 minutes of footage cut from the cinematic versions of the movies – that meant more of Aragorn singing love songs, hobbits going camping and tree people doing whatever tree people do. Though the additions came to the length of a whole new movie, they didn’t add that much – and Peter Jackson repeated the process for his The Hobbit trilogy, adding on what one critic described as ‘an extra hour of dwarves singing’.

The story of Superman II is a sad one, because the version originally released was a good movie, but it could have been even greater. Original director Richard Donner fell out with the studio over budgets and schedules, and was replaced by Richard Lester, who tried to reshoot several scenes and clashed with star Christopher Reeve. The movie Lester completed emphasises comedy, but has several plot holes and continuity errors. Richard Lester went on to make the critically panned Superman III. When Richard Donner released his version of Superman II in 2006, he restored a great deal of missing footage, including sequences with Marlon Brando as Superman’s father Jor-El.

Suffering from the same misguided worries for the delicate feelings of his audience that prompted George Lucas to make Greedo shoot first in Star Wars, Steven Spielberg decided to fiddle with his 1982 sci-fi favourite by digitally removing all the guns in the Director’s Cut, replacing them with walkie-talkies. Possibly a bigger mistake was trying to add digital effects to Carlo Rambaldi’s animatronic ET. Either way the result was just annoying, and added nothing to the audience’s response to the movie except a slight air of bemusement.

2017’s Justice League, DC Comics’ attempt to compete with the Marvel Comics Universe movies, was panned with some justification, largely because original director Zack Snyder’s dark vision clashed with replacement Joss Whedon’s more colourful comic-book style. The result was regarded as being entertaining but lacking depth. But Snyder fan-boys may have their moment; after a long campaign and a fundraising effort by fans, Zack Snyder is promising (or threatening) to unleash his director’s cut of Justice League via HBO Max in 2021.

The ultimate example of studio interference with a movie achieving exactly the opposite of the effect required, the happy ending and explanatory voice-over forced onto Ridley Scott’s 1982 sci-fi masterpiece always rankled with the director and with star Harrison Ford. Scott got the chance to make all good with the 1992 Director’s Cut, but then felt he had to have another go with the Definitive Cut in 1997, restoring a dream sequence and some explanatory scenes. Leave it alone now, Ridley.

How to Build a Home That Saves Energy, Money and the World