Want to buy a property in the UK? Here are our top locations!

Following years of frozen or falling figures, UK house prizes are finally hotting up. A trend first sparked off in the capital continues to spread further afield with increased activity everywhere in the country. Even better news is that this surge in buyer interest is set to continue, with an expected increase of seven per cent in 2014. 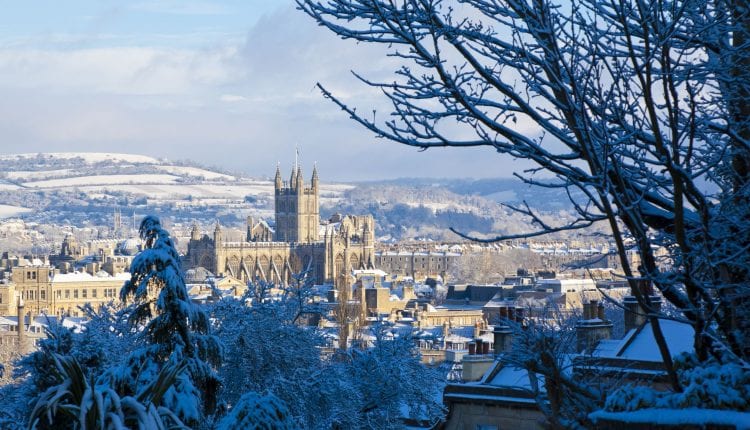 Resulting from a successful combination of the government’s Help to Buy scheme, the Funding for Lending scheme (allowing banks to borrow money more cheaply) and the fact interest rates are to remain at record lows for the forseeable future – there has never been a better time to invest your money wisely. Here are our top predictions for the next year:

“The cultural centre of Bath is becoming an increasingly popular destination in the UK for both British and International property buyers,” says Bobby Hall, Partner in the Southern Countries for The Buying Solution. ‘In my opinion the influx is due not only to the accessible travel links such as Bristol Airport and the road and rail links to London, but also the security residents feel in Bath, a World Heritage Centre. The real estate is undeniably beautiful in its consistency of stone and the region has been nourished by natural hot springs, iconic attractions and great shopping.” Bath has experienced an upsurge from both British and International buyers as a reflection of the new developments and increasingly cosmopolitan  feel in the region with planning applications for new luxury hotels and casinos and an increase in the number and popularity of food and literary festivals. “The once forgotten Kingsmead area is also being regenerated with the undergoing planning and development of a new £16 million Gainsborough spa hotel and an £11 million Premier Inn,” adds Bobby. “Bath University has an international reputation for teaching and research excellence; it is going from strength to strength. For these reasons, Bath seems to be increasingly on our buyer’s radars.”

As London prices continue to soar, the prices in the Home Countries appear to be increasingly good value. One such option in this area is Beaconsfield, where there are easy transport links into London and exemplary schooling for all ages. According to Nick Mead, Partner in the Home Counties team for The Buying Solution “London residents are moving out of the city having made tremendous gains over the last few years. They may never have dreamt of getting such great value for money in the countryside by comparison.” He continues, “Commutable Home Counties towns such as Beaconsfield provide an easy compromise, especially given the size and scale of homes and gardens that they offer in comparison to London.”

Do you want to have a property in Central London?

Other property hotspots in the Home Counties include Surrey and Oxfordshire. “The city of Oxford itself is set to rise above the national average, but anywhere within a few miles of the new Oxford Parkway North station that will run into Marylebone is a good option,” says Ray Withers, CEO of Oxford based Property Frontier. ” Kiddlington, Wolvercotte and North Oxford (North of the A40) are all good bets.” Homes within the £750,000 – £2m market are especially popular, with young families making an early decision to move out of London due to the competitiveness of the market. “Strong interest remains across all the Home Counties and I see this attention increasing in the year ahead. Buyers are still discerning and price sensitive but there is always strength if there is competition, ” adds Nick.

Would you also consider to buy a property further afield?

“In my opinion, having watched the UK market closely in 2013, the fringes/outer zones of London will be the ones to watch,” says Ray. “With Crossrail continuing apace, locations on the new west-east line will be a good bet, for example Custom House or Woolwich in the east where prices remain affordable at present.” Other areas in London that appear to be good bet for investment include the new development of Battersea and Nine Elms. At circa 195 hectares and bigger than Hyde Park, this is the largest regeneration project in central London and will provide 16,000 new homes and an investment of circa £1 billion to new infrastructure. “Of particular note is the proposed extension of the Northern Line which will includetwo new stations at Wandsworth Road and Battersea Power Station and will dramatically  reduce journey times to The City and The West End,” adds Jonathan Mount, Associate in the London team at The Buying Solution. “With the improvements to transport links, the impending  move of the US Embassy, high-end residential schemes with river views, luxury boutiques and restaurants, new schools and landscaped parks it is no wonder that investors have their eyes keenly focused on this area in particular.” Indeed at the launch of Battersea Power Station earlier this year, all 866 homes were snapped up in a very short space of time.