What Does Virgin Media Have Against its Customers? 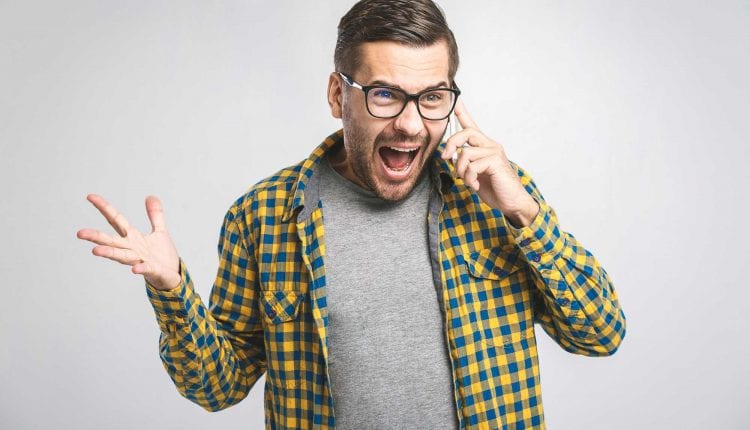 The publication of a customer satisfaction report by Ofcom shows once again that Virgin Media scores bottom for customer complaint waiting times.

The industry regulator’s annual update rated Virgin at the bottom of the pile for response times to customer complaints.

It’s no surprise to the thousands of customers who have regularly criticised Virgin’s service, even on its own user community pages.

As well as broadband and TV, Virgin offers landline and mobile services. In Ofcom’s latest report, using data gathered from July to September last year, the regulator found that the company was the worst for mobile and TV service complaints, receiving 9 per 100,000 customers for mobile and 11 per 100,000 for TV. For broadband it was third bottom, with 20 complaints per 100,000 customers (Vodafone is the worst with 26), and for landlines it was second to last with 13 complaints (Plusnet was worst with 14).

Speaking about the findings, Ofcom said: “This is Ofcom’s fifth annual report on how service levels compare across the telecoms industry. We publish it to help people make informed decisions about which provider is best for them, as part of our work to ensure fairness for customers.

“By shining a light on the performance of the UK’s main mobile, broadband and home phone providers, this report allows people to look beyond the price and see what level of service they can expect from different providers. It also acts as an incentive for providers to improve their customer service.”

But though Virgin has promised to improve its customer service, the message seems to be taking a long time to get through to customers. While EE scored top marks for overall customer satisfaction and one of the lowest for complaints, and the fastest time for customers needing to contact the company with most users waiting just 1 minute and 15 seconds to be connected, that compares to over seven minutes for Virgin Media customers.

Comments from customers on Virgin Media’s community pages included: “Does Virgin have the worst customer service in the History of the World? How do I make a formal complaint?”, and “Every time I get ready to call Virgin Media the muscles in my back get tight with stress and I feel a panic attack is not far away. This seems like a system designed only to torment you.”

The Virgin Media community boards are full of anecdotes about spending hours on phones before being cut off, or having to submit information over and over again to get simple changes made.

No surprise then that website Trustpilot also rates Virgin Media at the bottom of the pile of digital service providers – of 2,787 reviewers, only three percent give Virgin an Excellent rating, fewer than one percent Great, one percent Average, three percent Poor, and a whopping 92 percent rate its service as Bad.

Comments on Trustpilot include: “Very bad service. Having issues with internet. Called the customer service and very condescending Rep , started patronizingly telling why I was using my mobile internet when I had wifi at home?… Horrible service, stay clear” – and “Services were put on a loop until April 2021 so I couldn’t log a complaint or cancel my contract, even though the SIM had been cancelled in August 2020. Free money for Virgin as they rob the poor…”

Another TrustPilot reviewer said of Virgin Mobile: “Doesn’t even deserve 1 star… my mum took out my contract for me so In March when it finished I tried to change the ownership of the number to my own account… the man who answered was incredibly rude and switched my mum’s number to my account instead of my own! Took three agents to figure it out after I kept questioning why I didn’t have ownership!”

Other TrustPilot reviewers noted problems with moving from BT to Virgin, contracts being renewed without permission, delays in getting replacement SIM cards, and repeated marketing calls after services have been cancelled.

One TrustPilot reviewer said: “The customer service make you feel inadequate – I’ve never had problems logging into other accounts but Virgin is awful and I felt it was my fault until I saw this site, they really don’t care”, while another commented “If you look at the reviews and see that 92% are bad, into that the company has not replied to negative reviews for over a year, then it becomes clear that they don’t give a flying fig.”

In the Ofcom survey, Virgin Media was rated worst for wait times in the mobile provider rankings, at 6 minutes and 44 seconds, far longer than top-ranked BT, which kept mobile users waiting only 46 seconds on average.

Ofcom noted that many providers’ call centres were significantly affected by lockdown measures and illnesses early last year, and some companies even more recently have “struggled”. But the report concluded “More than a year since the pandemic began, we expect performance to return to at least 2019 levels, as restrictions ease.”

Virgin Media said the pandemic had forced major changes to its contact centres, and said it was “proud” of how it handled the challenge. “However, we recognise there’s room for improvement, which is why we have already increased our investments in digital and customer service, including creating more than 1,000 customer care roles in the UK last year, and will be making further improvements later this year,” the company said in a statement. It added that customer service was a “top priority”.

One former Virgin customer told us: “Great words, but words are all they are, as from what we can see nothing is being done to address the total breakdown in customer service. From our experience customer service is still awful, including acknowledging email complaints and then refusing to follow up on complaints, hoping the person will just get tired of complaining.”

Ofcom network and communications group director Lindsey Fussell said that on the whole, broadband and mobile companies had “adapted well” to surging demand for services during the pandemic, although some had experienced customer service difficulties.

“We’re challenging them to act now, so the telecoms industry becomes the gold standard for customer service,” she said.

It seems that Virgin Media has the furthest to go, with The Sunday Times as recently as March exposing the way in which one customer in Scotland had been left without phone or broadband service for 39 days while she tried to contact Virgin. Jacqui Hobson, a retired nurse, spent multiple phone calls and a total waiting time of nine-and-a-half hours waiting for someone at Virgin to answer the phone and finally fix the problem with her router. Jacqui spent £98 on her mobile phone while her Virgin service was down.

Other Virgin customers told the Sunday Times that the company had sent SIM cards to dead relatives, had charged for phone handsets which had never been delivered, had accidentally cut off the phone services to neighbour’s houses, and had failed to respond in the required time to complaints raised by the telecommunications ombudsman.

If you have a complaint against Virgin Media or any telecommunications service provider, it should be taken to the Communication & Internet Services Adjudication Scheme, or Cisas (cedr.com/consumer/cisas), or in the case of BT, Ombudsman Services (ombudsman-services.org).

You can also complain to the telecommunications regulator, Ofcom, but it cannot resolve a dispute, though it will record the issue to inform future regulation.

And a final word of advice comes from our dissatisfied former Virgin customer: “If all that fails and you are out of pocket because of Virgin Media’s actions the only way you will get real satisfaction is by starting an action in the local County Court. It’s not expensive and they will have to defend themselves – if just a thousand of the many people that are complaining about Virgin Media did this, it could start to change the way they are treating their customers.”