Vegetarianism: Should You Make the Change?

Vegetarianism and veganism diets are followed by millions worldwide. With their popularity, we look into the many benefits of adopting a vegetarian or vegan diet. 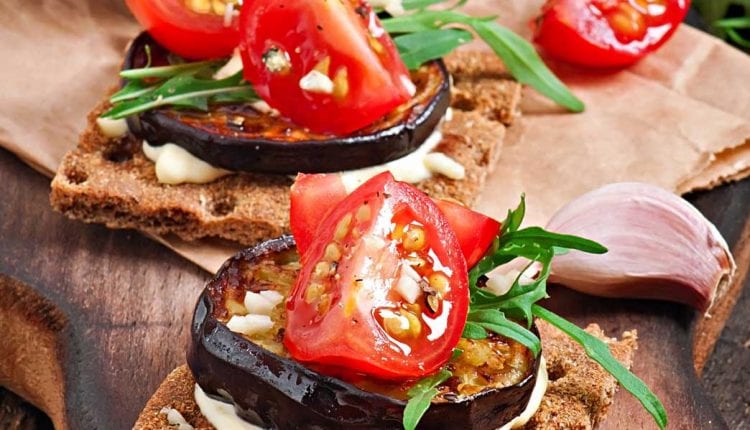 Once little understood, today vegetarianism and veganism are diets followed by millions in the UK—research by Mintel in 2014 revealed that 12 percent of UK adults follow a vegetarian or vegan diet. Vegetarian and vegan cooking has also entered mainstream culture with the advent of Meat Free Mondays and various celebrity chefs advocating meat-free and plant-based diets, such as Ella Woodward, founder of the wildly successful Deliciously Ella blog.

The Vegetarian Society classes a vegetarian as ‘someone who lives on a diet of grains, pulses, nuts, seeds, vegetables and fruits with, or without, the use of dairy products and eggs. A vegetarian does not eat any meat, poultry, game, fish, shellfish or by-products of slaughter.’

See also: Is a Dairy-free Diet Right for Me?

Veganism is a plant-based diet that avoids all animal foods—this includes meat (including fish, shellfish and insects), dairy, eggs and honey. The Vegan Society defines veganism as ‘a way of living which seeks to exclude, as far as is possible and practicable, all forms of exploitation of, and cruelty to, animals for food, clothing or any other purpose.’ This means that many vegans will also avoid products such as leather and anything tested on animals.

The health benefits of following meat-free and plant-based diets are numerous and well documented. Vegetarian diets are low in fat, contain plenty of complex carbohydrates and are full of fruit and vegetables. Research has shown that vegetarians are less likely to suffer from coronary heart disease, obesity, high blood pressure, type-2 diabetes and a range of other ailments.

When it comes to veganism, a properly planned plant-based diet can be rich in protein, iron, calcium and other key nutrients, and like vegetarianism, adopting a vegan diet could help you avoid conditions such as heart disease and diabetes. As vegans tend to eat seven or more pieces of fruit and vegetables per day they have a 33 percent reduced risk of premature death compared with those who eat less than one portion, according to the Vegan Society.

From COVID-19 to Particulates, Facing the Health Challenges…

See also: How to Avoid Diabetes with Some Simple Advice

Ethical considerations are often a big factor in the decision to go vegetarian or vegan. Two million land animals are slaughtered in the UK daily and 600,000 tonnes of fish are killed each year. The majority of these animals are farmed using intensive methods that are frequently cruel, from pigs and chickens forced to live entirely indoors in over crowded conditions to male dairy calves, which are often killed shortly after birth.

Vegetarianism and veganism are more sustainable and environmentally friendly lifestyles. The production of meat and other animal products has a huge negative impact on the environment—the large quantities of grain feed needed for meat production, for example, is a factor that leads to habitat loss, species extinction and deforestation across the globe. According to the Vegan Society, a plant-based diet needs only one third of the land needed to support a meat and dairy diet.

Going vegetarian or vegan is a major change in your diet, and one that you may initially struggle with. To start with, try making vegetarian or vegan versions of your favourite meals, and search online for new recipe inspiration—the internet is awash with thousands of blogs and websites dedicated to vegetarian and vegan cookery. Many world cuisines are vegetarian and vegan friendly, such as Indian food (for vegans, avoid dishes cooked in ghee, or with yoghurt or paneer cheese) and south east Asian cuisines such as Thai typically feature little to no dairy in dishes, and frequently make use of tofu in their cooking.

Many vegetarians and vegans crave the foods they can no longer eat, such as meat and dairy. Luckily, there’s a huge array of products out there that will do the same job.

Not all vegan and vegetarian foods are created equal. Just because a product is vegan doesn’t mean it’s healthy, as many vegan products (such as vegan cheeses) can be heavily processed and high in salt, additives and other undesirable ingredients, so read the labels carefully.

See also: Is Vegetarian Food on Your Menu?

Read more on Celebrity Angels about including vegetarian meals in your diet.

Your Guide to Healthy Fats

Has Coronavirus Lockdown Really Been Good For Our Hearts?