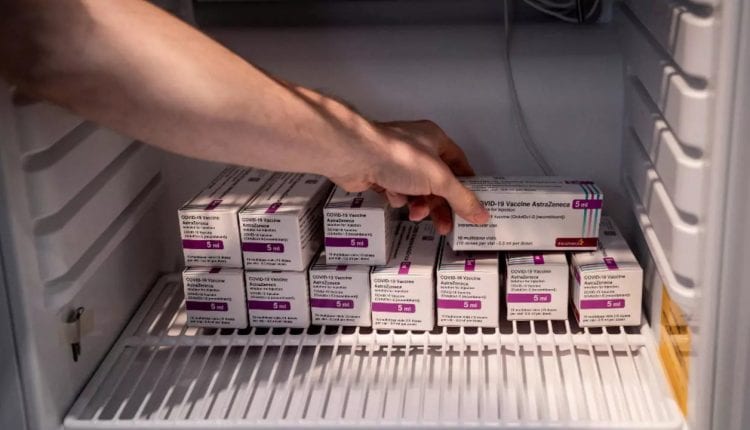 Several countries in Europe have suspended use of the University of Oxford/AstraZeneca Covid-19 vaccine completely or partially after several suspected deaths were reported due to blood clotting following vaccination.

Speaking on Good Morning Britain after the Netherlands suspended the AstraZeneca jab, Live to 100 celebrity guest editor Dr Hilary Jones insisted that there was no “causal link” link between the Oxford Covid vaccine and an increased risk of blood clots.

After several suspected deaths were reported due to blood clotting following vaccination, use of the AstraZeneca vaccine was suspended or restricted by countries including Denmark, Norway, Iceland, Austria, Italy, Bulgaria, Romania, Estonia, Lithuania, Luxembourg and Latvia.

Bulgarian Prime Minister Boyko Borissov has ordered the suspension of the vaccine ‘until an accurate and clearly confirmed diagnosis comes from the European Medicines Agency (EMA).’

In response to the statement, AstraZeneca said that a review of safety data for more than 17 million people vaccinated with AstraZeneca showed no evidence of an increased risk of pulmonary embolism (PE), deep vein thrombosis (DVT) or thrombocytopenia (TTP) in any age group or gender.

See also: Are You Ready For The Coronavirus Restriction Changes?

In the UK, experts argue that though the decision has been made on the basis of the precautionary principle – a well-established approach in science and medicine that stresses the need to pause and review when evidence is uncertain – it will likely do more harm than good, as any slowdown n the vaccination rate will result in more deaths than could possible be caused by extremely rare cases of blood clotting.

The World Health Organization, European Medicines Agency and UK drugs regulators have all said there is no evidence of a link, and suggest that the vaccine should continue to be used in the meantime given the risk that Covid-19 presents to health.

Professor Adam Finn, a member of the WHO’s working group on Covid-19 vaccines, said that stopping rollout in this way is “highly undesirable” and could undermine confidence in the vaccine, costing lives in the long-term.

“Making the right call in situations like this is not easy, but having a steady hand on the tiller is probably what is needed most.”

Some European countries have previously expressed reservations about using the AstraZeneca vaccine. Germany, France and others did not initially recommend use of the vaccine for the over-65s, and French President Emmanuel Macron even called it “quasi-ineffective”. After more trial information on older subjects was gathered, the decision was later reversed.

See also: The Best Baby Equipment For Travelling in Safety

France, Germany and the other major European nations all have higher rates of infection than the UK, so while supplies of the AstraZeneca vaccine are going to waste, with both countries having used fewer than half their supplies of the jab so far, they will become more reliant on alternatives like the Pfizer vaccine than the UK is.

Within weeks of the rollout of vaccines in the UK, ‘spectacular’ reports of improved immunity were being reported. The decision to implement a three-month gap between doses in order to speed up delivery of first doses also seems to have brought benefits. It’s well established that with two-dose vaccines, most of the protection is provided by the first dose, while the second boosts that and provides more long-lasting protection.

“Sometimes it can be harmful to wait for certainty. Not vaccinating people will costs lives.”

And Doctor Hilary Jones insisted that there is no “casual link” link between the Oxford/AstraZeneca coronavirus vaccine and an increased risk of blood clots. Speaking on Good Morning Britain on Monday, after Ireland suspended the roll-out of the vaccine over reports of blood clots in adults in Norway, he sided with the World Health Organisation, saying: “What we know is that whenever we have a medicine or a vaccine or a homeopathic remedy or a herbal remedy, there is a system in place whereby any possible side effects can be reported and investigated.

See also: Potty Training – All the Facts in a Handy Box

“And it’s absolutely right and reassuring that we’ve got an investigation in place to look at the level of blood clots both in Norway and Ireland and all the EU countries, the UK and around the world.”

“But, now blood clots are very common now anyway, they happen all the time as a result of taking the oral contraceptive pill, they take place after trauma to the body where blood vessels are damaged. We see thousands of heart attacks and strokes every year because of blood clots.

How Thermal Insulation Can Improve Your Home And Save You Money

Powering Through the Garden Work With Stiga