Uterine fibroids affect thousands of women, but awareness is low and there is a wide range of treatment choices. We consider the options 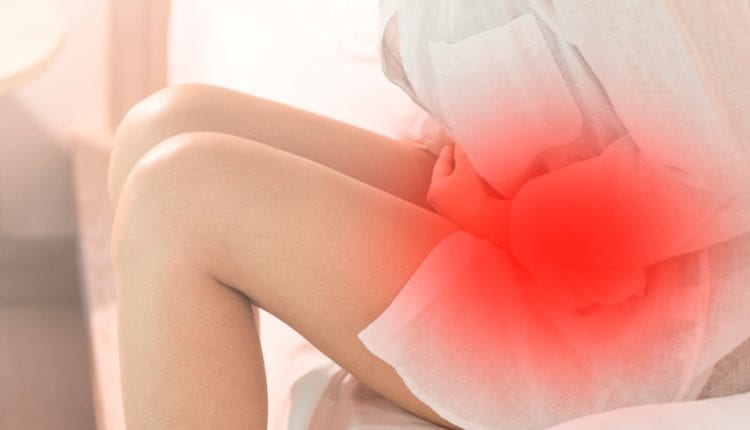 Uterine fibroids, non-cancerous growths that develop in or around the womb, are more common than you might imagine—up to 80 percent of women develop fibroids by the age of 50. In 2013, it was estimated that 171 million women were affected worldwide.

But a 2017 report by the All Party Parliamentary Group on Women’s Health (WHAPPG) which surveyed 2600 women with endometriosis and fibroids revealed a high level of dissatisfaction about attitudes of the medical establishment to the conditions, and with the information given out about treatment options and possible complications.

Worryingly, one in four women wait on average four years before receiving treatment for fibroids.

So there is still much to be done to raise awareness of fibroids, before areas such as earlier diagnosis, quality of life considerations, and patient choices in treatment can be resolved.

The Causes of Uterine Fibroids

Uterine fibroids, sometimes called uterine myomas or leiomyomas, consist of muscle and fibrous tissue, varying in size from that of a pea to a melon.

Fibroids typically appear during the middle and later reproductive years, from 30 to 50, and normally decrease in size after menopause. Their cause is not entirely clear–there’s certainly a hereditary factor, and apparently a link to oestrogen hormone levels. Other factors may include obesity, age of first period, number of children, exercise levels, diet and race (women of Afro-Caribbean origin being particularly prone).

The different types of fibroid are described according to their location. The most common type, intramural, are found in the muscle wall of the womb, while subserosal fibroids develop outside the wall of the womb into the pelvis and can become very large, and submucosal fibroids bulging into the uterine cavity are frequently associated with bleeding symptoms.

Fortunately, uterine fibroids are benign–they very rarely develop into cancerous types. Many women have them without experiencing any symptoms, only being diagnosed as part of a routine gynaecological examination. Diagnosis can be by hysteroscopy, using a thin telescope-like device; by MRI scanning, or by sonohysterography, where fluid is injected into the uterus to assist ultrasound imaging.

Uterine Fibroids: Symptoms to Look Out For

If the fibroids cause no symptoms, normally they do not require treatment. But in some cases, they can cause a range of symptoms, including:

•  Abdominal or lower back pain

•  Pressure on the bladder causing a frequent need to urinate

Because these symptoms can have other causes, it’s sometimes difficult to diagnose uterine fibroids.

Where treatment is indicated, options depend on their size and position of the fibroids, severity of symptoms, and the woman’s choices. Some treatments address only the symptoms, while others can shrink fibroids as well, and some remove them altogether.

The Treatment Options For Uterine Fibroids

Women should seek advice from the doctor regarding the most appropriate treatment options for them.

Medical treatments including nonsteroidal anti-inflammatory drugs such as ibuprofen and paracetamol will treat symptoms of pain and bleeding.

Medications of the gonadotropin releasing hormone (GnRH) agonist class, such as leuprorelin are often used for around six months before surgery, while ulipristal acetate can be used both pre-surgically and long-term for the treatment of moderate to severe symptoms of uterine fibroids.

Other options include tranexamic acid, which reduces bleeding from the womb lining; goserelin acetate, which stops the ovaries producing oestrogen; progestogen; or treatment with an intrauterine device which releases the hormone levonorgestrel, which prevents the womb lining from thickening.

If these treatments are ineffective, a gynaecologist may suggest surgery.

The most effective treatment is a complete hysterectomy, removal of the womb. This may be recommended in cases of large fibroids or severe bleeding, where the patient doesn’t wish to have more children. Modern surgical procedures for hysterectomy can be minimally invasive, though there is a fairly long recovery period.

Less drastic alternatives include myomectomy, where fibroids are removed from the wall of the womb; hysteroscopic resection or morcellation, where a hysteroscope is inserted through the vagina to remove submucosal fibroids from inside the womb; or uterine artery embolisation (UAE), carried out by a radiologist, which blocks the blood vessels supplying the fibroids, causing the cells to die.

For milder cases, endometrial ablation is an outpatient procedure which removes the womb lining using laser energy, a heated wire loop, or hot fluid in a balloon.

Recent guidelines from the National Institute of Health and Care Excellence (NICE) direct clinicians to consider the impact on quality of life of heavy menstrual bleeding, and that a woman’s priorities and preferences should be taken into account when choosing treatment – but there’s still some way to go before this important condition receives the attention and treatment priorities it deserves.

Should Insurance Be Your First Travel Priority?