Una Stubbs, Star From the Swinging ’60s to Sherlock 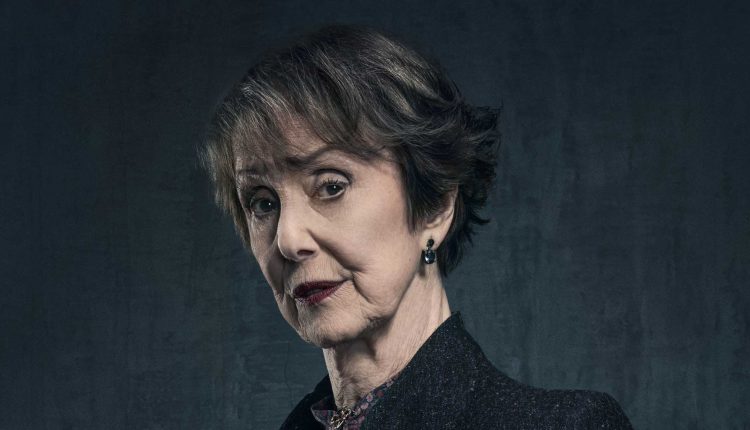 Una Stubbs, star of TV, movies and the stage from the swinging ’60s to Sherlock, has died at the age of 84. We look back on her glittering career.

Renowned actress Una Stubbs, well-known for her roles in TV shows including EastEnders, Sherlock and Till Death Do Us Part, has passed away at the age of 84.

Her family said: “Mum passed away quietly today with her family around her, in Edinburgh. We ask for privacy and understanding at this most difficult and sad of times.”

Her agent confirmed that she died at her home in Edinburgh encircled by her family. He previously told BBC News that she had been ill for a few months. A statement released from her agent affirmed that “We are desperately sad to have lost not only a wonderful actress, whose screen and stage career, spanning over 50 years, was so extraordinarily varied, from Till Death Us Do Part to Sherlock, (seen top of page), as well as memorable performances in the West End, at the Old Vic, Donmar Warehouse, Sheffield Crucible and National Theatre, but also a wickedly funny, elegant, stylish, graceful, gracious and kind and constant friend.”

“She was also a highly respected and exhibited artist. We will miss her enormously and remember her always.”

Born in Welwyn Garden City, Hertfordshire, Una Stubbs began her career as a dancer appearing as one of the Dougie Squires Dancers on the music show Cool for Cats aired in 1956. She also worked in clubs and cabarets in London during the mid-to-late 1950s including being apart of Lionel Blair’s dance ensemble.

However, she then gradually rose to fame during the 1960s when she commenced her acting career, starring in her first major role in the 1963 film, Summer Holiday and the 1964 film, Wonderful Life both alongside Cliff Richard.

Nevertheless, it was in television where her fame shot up, featuring in popular shows such as BAFTA award winning sitcom, Till Death Do Us Part playing Rita Rawlins, alongside actor Warren Mitchell as the incorrigible Alf Garnett. Her rise continued into the 1980s and 1990s featuring in shows such as the children’s series Worzel Gummidge as the well-liked Aunt Sally in company with the likes of Barbara Windsor, and as Miss Bat in the ITV series, The Worst Witch.

In addition, she was also known for her role in the TV game show Don’t Say A Word and its follow-up Give Us a Clue.

In recent years, Una Stubbs starred in shows such as the award-winning soap EastEnders in 2006, the sketch comedy, The Catherine Tate Show between 2005-2007, the family television show, Mist: Sheepdog Tales, the comedy-drama, Starlings in 2013 and the period drama, Call The Midwife in 2015.

In arguably one of her most famous roles, she gained thousands of new fans from the younger generations featuring as Mrs Hudson on the BAFTA winning series, Sherlock, in company with lead actor Benedict Cumberbatch.

As well as having a very successful television career, Una Stubbs was also known for her stage career. She starred in various productions including Friedrich Schiller’s Don Carlos alongside Derek Jacobi in 2005 and in more recent years appeared in shows such as Pygmalion at the Theatre Royal. She has also been known for co-presenting The Big Painting Challenge with Richard Bacon.

Her very last roles arrived in 2017 when Una Stubbs featured on the comedy drama film Murder on the Blackpool Express and the comedy-drama, The Durrells.

Una Stubbs, who grew up in Hinckley, Leicestershire, had been married twice, from 1958 to 1969 to fellow television star Peter Gilmore, and from 1969 to 1975 to Actor Nicky Henson with who she had two children, composers Christian Henson, and Joe Henson, born 16 September.

In a joint statement, both sons stated that “Mum passed away quietly today with her family around her, in Edinburgh. We ask for privacy and understanding at this most difficult and sad of times.”

There have been a number of people across the television and entertainment industry paying their tributes on social media. One of the producers of Sherlock, Steve Moffat, has recollected Stubbs as being “the loveliest light on Baker Street”.

Moffat dedicated a post on her on Instagram saying “What a woman, what a talent, what a star – and just about the kindest, nicest, funniest person you could meet. I don’t know how anyone even starts summing up that career – Till Death Us Do Part, Fawlty Towers, the incomparable Aunt Sally in Worzel Gummidge … and, of course, the irreplaceable heart and soul of Sherlock.”

Broadcaster Gyles Brandreth wrote on Twitter: “Such a funny, lovely, gifted lady – a marvellous actress with a special style & a great (and impish) sense of humour. I first met her when she was in Cowardy Custard in 1972 & last saw her at Nicky Henson’s funeral last year. A sad day.”

Finding A Country Through its Food