Turmeric, the golden spice or the miracle drug, is arguably the most powerful spice with health benefits for everyone. Discover its amazing properties, here. 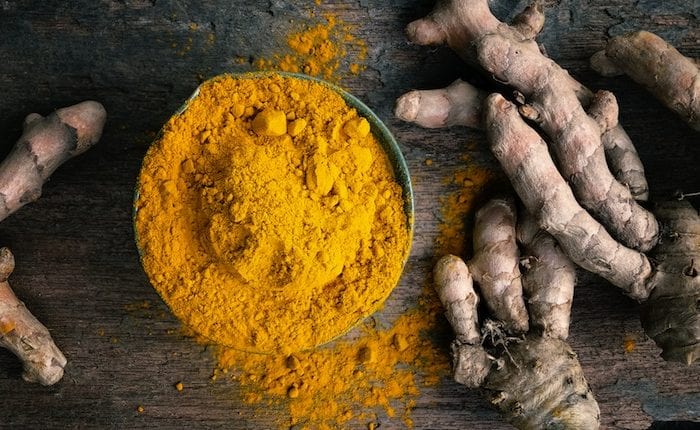 Turmeric has long been recognized for its therapeutic properties; it has been used in Ayurvedic medicine and Chinese medicine for centuries. It has recently received interest from both the medical and scientific world and from culinary enthusiasts.

Curcumin is a bioactive substance that fights inflammation at a molecular level, targeting multiple steps in the inflammation pathway. There have been several studies in which its potency has been compared favourably to anti-inflammatory pharmaceutical drugs, but without the side effects of anti-inflammatory drugs.

Oxidative damage is one of the contributing factors behind ageing and a range of diseases. Curcumin is a potent antioxidant that neutralizes free radicals in the body due to its chemical structure. Curcumin also boosts the activity of the body’s own antioxidant enzymes.

In addition, a relatively low dose of the curcumin can provide health benefits for people that do not have diagnosed health conditions. Most of these benefits can be attributed to its antioxidant and anti-inflammatory effects.

Curcumin with or without bioperine?

Ingesting curcumin on its own does not lead to  health benefits, due to its poor bioavailability, which appears to be primarily due to poor absorption, rapid metabolism, and rapid elimination.

Bioperine is the major active component of black pepper and, when combined in a complex with curcumin, it has been shown to increase bioavailability by 2,000 percent.

Curcumin is considered safe to consume for most people in doses ranging from 500 milligrams to 12,000 milligrams per day.

What are the possible adverse effects of curcumin?

Is it safe in pregnancy?

It is currently unclear whether curcumin supplements are safe for pregnant women. But, because of its blood-thinning effects alone, pregnant women should avoid taking turmeric supplements. Adding small amounts of turmeric as a spice to food shouldn’t be a problem.

People with diabetes should also avoid consuming turmeric, as it can lower blood glucose levels. It may also interact with some medication, such as blood thinners or diabetes drugs.

How to Choose The Best Three-in-One Travel System Pushchair