Who Are The Top 10 Highest Grossing Movie Actresses of All Time? 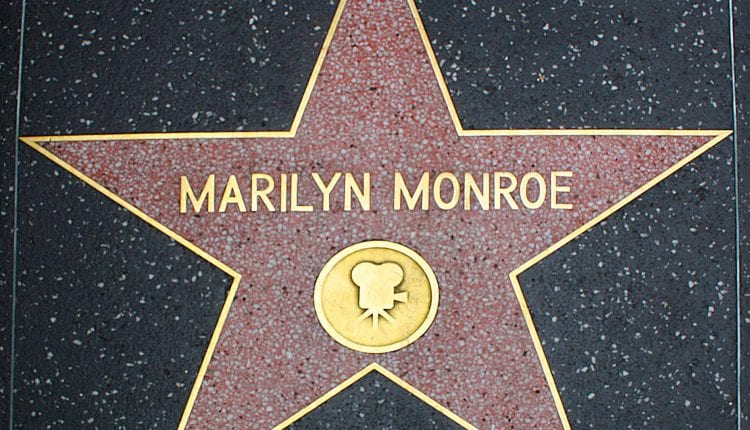 Who Are The Top 10 Highest Grossing Movie Actresses of All Time?

You might think you know who are the top 10 highest grossing movie actresses of all time – but the facts might surprise you. Some of the biggest names in Hollywood don’t factor anywhere on the list, while others who aren’t exactly household names soar to the top of the charts – maybe because they have been lucky enough to be associated with long-running franchises with lucrative merchandising spinoffs.

Of course, it’s difficult to adjust for historic inflation and the impact of technological developments like home video sales and streaming, so you won’t find Hollywood legends like Marilyn Monroe, Lauren Bacall or Audrey Hepburn included. So this is more for a bit of fun than any attempt to produce a definitive list.

But let’s count down from 10 to 1 and see if your favourite actresses make the Top 10 Highest Grossing Movie Actresses of All Time.

Natalie Portman’s role as Jane Foster in Marvel movies Thor, Thor: The Dark World, and Avengers: Endgame, which grossed $2.76 billion worldwide, enhance her position, though the Endgame footage was lifted from previous movies, so she may not have shared in the profit. But of course she also appeared in the three Star Wars prequels, which grossed $2.5 billion, and perhaps less memorably in psycho ballet movie Black Swan, which made $329.4 million.

See also: Who Are the Top 10 Celebrity Animal Lovers?

You wouldn’t have thought that our own little Karen Gillan, still best known for her run as Amy Pond in the BBC’s long-running sci-fi programme Doctor Who, would figure in the Top Ten Highest Grossing Movie Actresses of All Time – but she appeared as Nebula in two Guardians of the Galaxy movies, Avengers: Infinity War and Avengers: Endgame, and also co-starred alongside Dwayne Johnson in Jumanji: Welcome to the Jungle, which earned $962 million worldwide, and Jumanji: The Next Level, which earned $800.1m.

See also: Take a Visit to the Real Locations of Line of Duty

Another graduate of the Marvel Comics Universe movies, Elizabeth Olsen’s role as Scarlet Witch in four MCU movies has now been repeated in TV miniseries WandaVision. But she also starred in the 2014 reboot of Godzilla which earned over $529 million.

See also: Like a Bat Out of Hell: Jim Steinman’s 10 Greatest Hits

Michelle Rodriguez has played tough girls in Girlfight, Avatar, Turbo, S.W.A.T., Resident Evil: Retribution and other blockbusters – but of course she’s best known for appearing in seven of the The Fast and the Furious movies, which earned over $4 billion worldwide.

Helena Bonham Carter is an old stager, having made over over 40 movies, some of them little-seen cult hits, others major blockbusters such as three of the Harry Potter films, Alice in Wonderland, Charlie and the Chocolate Factory, Cinderella, the 2001 reboot of Planet of the Apes, Big Fish, Ocean’s 8, Dark Shadows and Fight Club, and currently she plays Princess Margaret in Netflix’s The Crown. So her place in the Top 10 Highest Grossing Actresses of All Time is more down to longevity than getting involved in major franchises.

Gwyneth Paltrow was one of the first actresses to benefit from the success of the Marvel Comics Universe movies, with her role as Pepper Potts in Iron Man leading to appearances in four more titles. To those she can add successes including Se7en, Shakespeare in Love and Shallow Hal, all box office successes that brought her towards the top of the list of highest grossing movie actresses.

Emma Watson is of course relatively young and has made only around 25 movies, but some of them were biggies, including the eight Harry Potter films which grossed over $7.7 billion worldwide and reportedly earned her $60m. The 2017 Beauty and the Beast in which she starred as Belle made over $1.2 billion, and she had parts in other movie including Little Women. But her career has been quiet since 2019, so are the rumours of her retirement true?

You might think of Cate Blanchett as a cult actress, but in fact she has appeared in three blockbuster franchises; as Galadriel in the Lord of the Rings and Hobbit trilogies, as Irena Spalko in Indiana Jones and the Kingdom of the Crystal Skull which despite a critical panning earned over $786 million worldwide, and also as Hela in the Marvel Comics Universe in Thor: Ragnarok.

Another actress who has done well out of the Marvel Comics Universe, Zoe Saldana’s role as Gamora in four movies contributed over $6 billion to her movie grosses. But she had already establshed her place in the Top Ten Highest Grossing Movies Actresses of All Time ten years before, for her part in the highest-grossing movie of all time, Avatar, which brought in over $2.78 billion at the worldwide box office. And let’s not forget the recent Star Trek films, in which she played Nyota Uhura, and which grossed over $1 billion.

Despite her relative youth, Scarlett Johansson has appeared in over 40 movies, debuting at age 10 in North. But she’s now not only the world’s highest grossing female movie star, but also the world’s highest paid actress. Forbes estimated that she made $40.5 million for one year’s worth of work from 2017-2018, mainly for her role of Black Widow in the Marvel movies, which have brought in nearly $14.3 billion at the box office. With a standalone Black Widow movie yet to come out, Scarlett Johansson could cement her place as Number 1 on the top Ten Highest Grossing Movie Actresses of All Time for years to come.

So, did you guess any of the Top Ten Highest Grossing Movie Actresses of All Time ?

Potty Training – All the Facts in a Handy Box