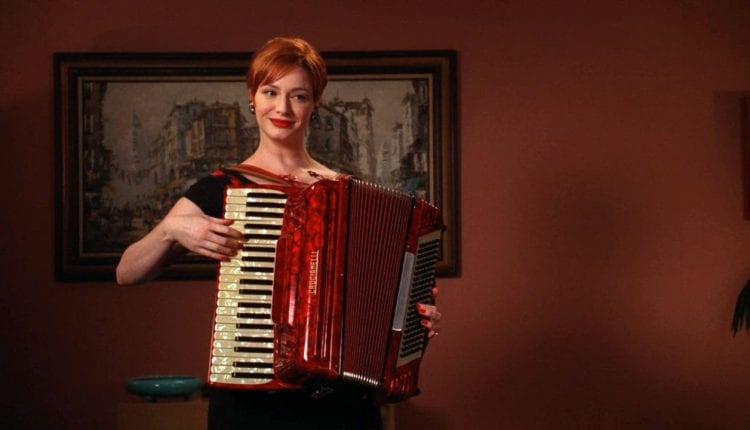 For some people, it isn’t enough being a famous actor, singer or sports personality – they have to have a little something else up their sleeve too. We look at our Top Ten favourite celebrity hidden talents – including some you’d never guess!

4. Pierce Brosnan – fire-eater
James Bond actor and terrible singer Pierce Brosnan recalled in 2003 : “At the Oval House – this was in 1969 – there was a workshop and one night I came in to rehearse. I looked in and some guy was teaching people to fire-eat. There was a big group of people in there but I noticed that there were women and they had their tops off. So I thought I’d join in. This guy was a street performer and he was teaching us how to put the flames across the chest and the young ladies had to take their bras off – there were no bras then anyway. So I went to the workshop and I learnt how to fire-eat. It’s still [on my CV], absolutely” – and he’s demonstrated his skills both on Remington Steele and The Muppets.

5. Geena Davis – archer
Actress Geena Davis took up archery aged 41 in 1997, and by 1999 was good enough to try out for the USA’s Sydney 2000 Olympics team. She didn’t qualify, coming 24th out of 300 women, but she did take part in the Sydney International Golden Arrow competition – and she sends up her skills in a Funny Or Die video here.

6. Bob Dylan – ironworker
Singer Bob Dylan is well known as a visual artist, but perhaps one of his most unusual skills is ironwork. In 2013, at an exhibition of his work at London’s Halcyon Gallery, he said: “I’ve been around iron all my life ever since I was a kid. I was born and raised in iron ore country, where you could breathe it and smell it every day. Gates appeal to me because of the negative space they allow. They can be closed but at the same time they allow the seasons and breezes to enter and flow. They can shut you out or shut you in. And in some ways there is no difference.” Deep!

7. Mike Tyson – pigeon racer
Boxer Mike Tyson apparently got into his first fight at age 11 when someone killed one of his pet pigeons. He followed his interest in competitive pigeon-racing through his boxing career, and in 2011 made a documentary on the subject called Taking on Tyson in which he revisited his old pigeon coop in New Jersey.

8. Christina Hendricks – accordionist
Actress Christina Hendricks is also a skilled accordion player, and explained in an interview with LA Times Magazine what made her start playing the instrument decade ago. “I think it’s a very romantic instrument, and it channels all the things I love—French culture, Tom Waits—and all the things I try to make my house look like.” She got to show off her skills in an episode of Mad Men with a performance of Cole Porter song C’est Magnifique.

9. Steve Martin – banjo player
What’s the difference between a banjo and an onion? – No-one cries when you chop up a banjo. Having got that out of the way, comedian Steve Martin has played banjo since an early age, including music in his comedy routines from the beginning of his career, and has turned more towards music in later years, recording and touring with various bluegrass acts, including Earl Scruggs, with whom he won a Grammy for Best Country Instrumental Performance in 2002. He released his first solo music album, The Crow: New Songs for the 5-String Banjo, in 2009, for which he won the Grammy Award for Best Bluegrass Album. In 2010 he created the Steve Martin Prize for Excellence in Banjo and Bluegrass, a $50,000 award established to reward artistry and bring greater visibility to bluegrass performers.

10. Ronnie Wood – painter
Rolling Stones guitarist Ronnie Lane was an art student, and has always kept up his love of painting, often using his band-mates and other musicians as subjects. This year he held a charity exhibition of his work at Ashridge House in Hertfordshire, with over 100 examples of his painting, drawing and sculpture including previously unseen works and new pieces that he had produced during lockdown.

So it looks like for some people, it isn’t enough being a famous actor, singer or sports personality – they have to have another hidden talent up their sleeves too. Did you guess the hidden talents of our Top Ten celebrities? Next time you see one of your favourites on TV or in a movie, see if you an guess what other talents they are hiding!