This Morning’s Matt Johnson to run for Asthma UK 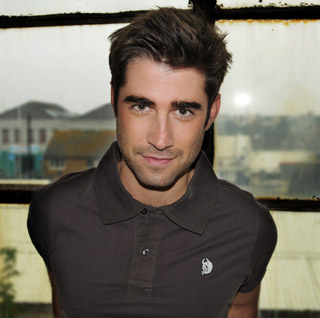 The Welsh TV presenter will be joined by four of his This Morning colleagues when he takes part in the marathon on Sunday 7 October.

Asthma kills three people in the UK every day and Matt, 28, knows all too well how serious asthma can be. He has numerous relatives who have been hospitalised because of asthma in the past. He says, ‘My uncle has had severe asthma attacks and has been in hospital a lot of times with his asthma. My brother was diagnosed with asthma when he was about six and he’s had some attacks. I also remember my little sister being unwell with her asthma when she was a kid.’

Matt was diagnosed with asthma when he was 16 and says he has had frightening episodes when he’s struggled to breathe. Matt explains, ‘There have been a few scary occasions. One time I went for a run when I had a little bit of a cold and I tried to push myself. I had to stop because my chest was so, so tight. I was halfway through my run, in the middle of nowhere and I really panicked. The more I panicked, the worse it got. In the end I managed to calm down a bit and eventually it got better. It was definitely a scare and made me realise I do need to keep taking my inhalers every day.

Matt gets irritated by the stereotypical image of people with asthma and says it is important to remember all the inspirational people out there with the condition, such as Olympic gold medallists Bradley Wiggins and Laura Trott. Mat says, ‘You always see on American comedies the geek with the thick glasses, retainer and an asthma pump. I can happily take my inhaler anywhere in front of anyone and always have a puff before a live broadcast.’

He added, ‘There are a lot of secret asthma sufferers out there and people don’t necessarily see them take their pump when they need it. Awareness of asthma is the biggest problem for kids because I remember at school people thought it was an uncool thing to have. Some kids suffer with it really badly but it’s not much fun to have it made into a joke.  Asthma can be treated as a taboo subject yet some of the perceived coolest people in the world have got asthma but it’s not always spoken about.’

Matt says he’s looking forward to taking part in the Royal Parks Half Marathon with his team of This Morning team. He added, ‘I really hope I can get all of the This Morning team, including Phil and Holly, involved in sponsoring us on our challenge.’

Helen Olszowska, Head of Events at Asthma UK, says, ‘We are so excited to have Matt and the This Morning staff on board and we will be cheering them on every step of the way at the Royal Parks Half Marathon.’

To donate towards Matt and the This Morning Team text THIS50 to 70070 or visit justgiving.com/thismorning