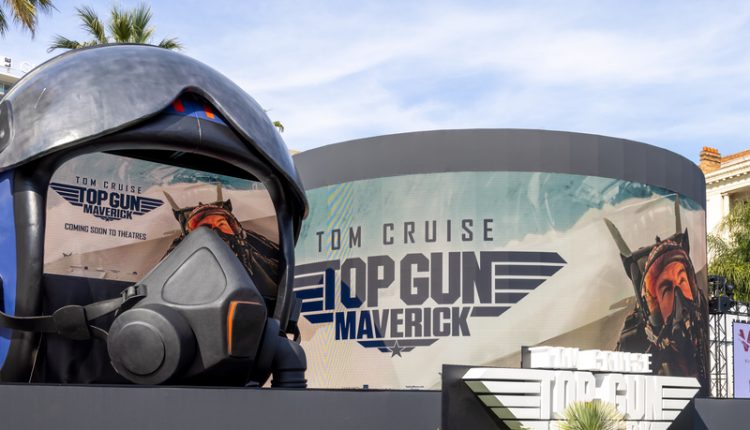 The release of the long-awaited action movie sequel Top Gun: Maverick has been nothing short of a soaring success. In the four-day opening weekend at the box office, the film made $160.5 million (£127m) and gave Hollywood icon Tom Cruise his largest figures in his illustrious 40-year-career, becoming the American’s highest-grossing domestic release and gaining him his very first $100 million opening weekend. Cruise’s previous biggest opening weekend for a movie was back in 2005 with War of the Worlds, which raked in $64 million (£50m).

Other records were also broken with the film achieving the smallest second-week drop in domestic box office history for a film that opened over $100 million. As a comparison, other very successful films recently released such as Doctor Strange in the Multiverse of Madness and The Batman fell 67% and 50% respectively.

Top Gun: Maverick has received rave reviews from film fans and critics alike. The Telegraph called it “absurdly exciting” and “unquestionably the best studio action film in years” while The Independent praised it for being a “true legacy film” calling it “as thrilling as blockbusters get”.

Justin Chang from the Los Angeles Times wrote: “A lot of consideration and calculation have clearly gone into this long-aborning blockbuster sequel, insofar as Cruise (one of the producers) and his collaborators have taken such clear pains to maintain continuity with the events, if not the style, of the first film.

“Top Gun: Maverick is a longer, costlier and appreciably weightier affair, and its expanded emotional scope and heightened production values give it a classy, elegiac sheen; it’s like a hot summer diversion in prestige-dinosaur drag, or vice versa. As a rare big-budget Hollywood movie about men and women who fly without capes, it has a lot riding on it.”

The film received a coveted A+ review from those at Cinemascore, emphasizing how much audiences enjoyed the thrills and spills from the film. It even got the royal seal of approval with the Duke and Duchess of Cambridge present for the UK premiere.

It was certainly worth the wait to many, as Top Gun: Maverick was originally scheduled to be released in 2019. However, this was delayed so that the film crew could successfully complete the work on the flight sequences. It was then delayed for the second time due to the COVID-19 pandemic in 2020.

Tom Cruise returns as talented US Navy pilot Captain Pete “Maverick” Mitchell in the sequel, over 30 years after the successful original Top Gun released in 1986. Jennifer Connolly, Jon Hamm, Monica Barbaro, Danny Ramirez, Val Kilmer, and Ed Harris appear alongside Cruise in the film. However, with Cruise as the main man returning to his original role, there was certainly pressure for him to live up to his performance in the original which had such a key role in its success. However, that pressure was nowhere to be seen. He was far and away the star of the movie.

Despite it being more than three decades since the release of the original movie, which has been much quoted and imitated since, Cruise’s mix of coolness, sweetness and dramatic subtleness remains in his portrayal of the now ageing flight instructor. As well as depicting the fighter’s determined side and softer, loveable side, he also plays him as a father figure in the sequel, due to his relationship with fellow actor Teller. However, the roles played by the supporting cast must not be forgotten. The likes of Glen Powell, Jennifer Connelly, and Miles Teller, those not in the 1986 film, showed their talent and performed to an extremely high standard.

Critics are attributing the success of the movie to a combination of nostalgia for the ’80s, Tom Cruise’s star appeal, the pent-up anticipation for the delayed film, and a lack of current box office competition. It’s even spawned a cheap knock-off from studio The Asylum, Top Gunner: Danger Zone; and a lawsuit from the family of the journalist who wrote the original article on which Top Gun was based.

With the likes of The Batman and Morbius proving disappointments, perhaps too audiences are finding Maverick’s all-too-human adventures a refreshing alternative to superhero antics.

Why is Sleep so Important to our Health?