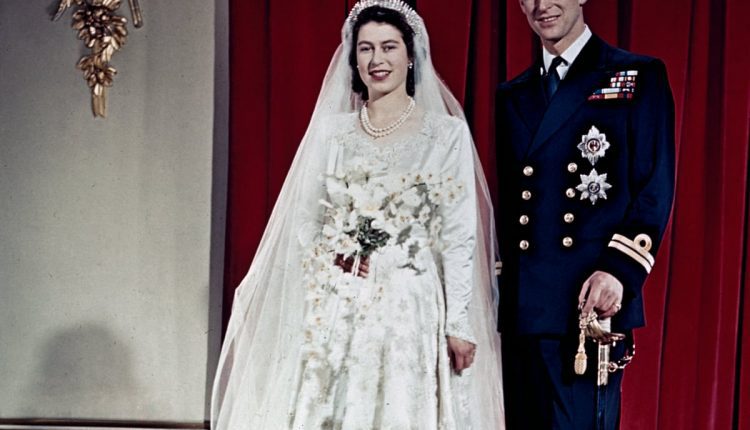 Fifty years on from the end of the Second World War, in a broadcast, Queen Elizabeth II recalled the excitement and exhilaration of it all, and how her father allowed her, and Princess Margaret, to slip away from the Palace and mingle incognito with the vast cheering, dancing and singing throng. ‘I think,’ she said, ‘it was one of the most memorable nights of my life… All of us just swept along on a tide of happiness and relief.’

It was an historic moment, but Princess Elizabeth, like millions of other girls, was waiting for the men to come home from the war, and specifically Prince Philip of Greece, second in command of the destroyer, HMS Whelp, which was present in Tokyo Bay for the final Japanese surrender on September 2 1945.

Philip was the scion of a tangled web of Greek, Danish, German, British and Russian royalty. For years he had lived the life of an exiled poor relation and when he sardonically described himself as a dispossessed Balkan prince he was telling the truth.

The friendship between the young royals had begun on the eve of the war when the 13-year-old Princess and her parents visited the Britannia Royal Naval College, Dartmouth, where 18-year-old Philip was a cadet. Popular legend has it that the Princess fell in love there and then with her cosmopolitan, self-assured third cousin, the nephew of Lord Louis Mountbatten, later Earl Mountbatten of Burma. The young Royal Navy officer and the Princess conducted what has been described as a ‘cousinly correspondence’ throughout the war years, and this blossomed into a genuine, old-fashioned romance.

Philip proposed in the late summer of 1946, but the engagement was not officially announced until July 1947, two months after the Royal Family returned from a long tour to South Africa, during which the Princess celebrated her 21st birthday and made the historic declaration in which she pledged to devote her ‘whole life’ to the service of her country and the Commonwealth.