Are You Paying a ‘Pink Tax’ On Girls’ School Uniform? 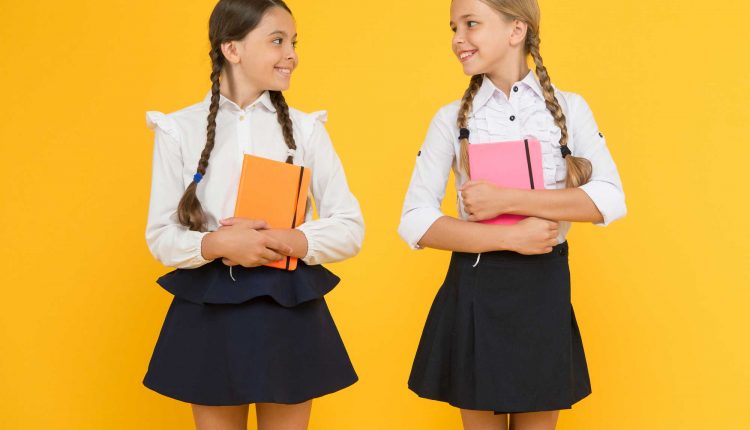 The survey, carried out by tax calculation website Income Tax UK, says that Tesco is the cheapest supermarket for school uniform, followed by Asda and then Sainsbury’s.

But all seem to be imposing a ‘pink tax’, a difference in price between gendered products which is common in markets such as health and beauty, but is also found in other sectors.

See also: Should Children Get The COVID-19 Vaccine?

Income Tax UK studied the prices of items for a basic school uniform list, across the websites of four supermarket leaders – Tesco, Asda, Sainsbury’s, and Marks and Spencer. The cost per unit was calculated and multiplied by the average number of items parents buy their children per year.

A further breakdown of the data identified that there is a large disparity between prices of boys’ and girls’ uniforms. On average, girls’ uniforms cost 11.87% more than boys’, the most obvious cause being that girls have more clothing options such as skirts and dresses. However, prices may also be affected by production methods; girls’ items tend to be more structured and embellished, using more materials and techniques to construct pieces.

For primary school students, the average cost of boys’ uniforms is £130.81 whereas for girls it is £150.14. This 12.88 percent difference could be impacted by clothing for ages 3-11 being more gender targeted, with patterns such as butterflies and flowers frequently being used for girl’s items and camouflage print and dinosaurs being used for boys.

For parents trying to cut costs when sending their children back to school, this study shows Tesco tops the list as the cheapest supermarket for school uniform, with its average uniform list cost coming to £110.75.

In second place is Asda with an average cost of £128, followed by Sainsbury’s in third with an average of £139.38. Marks & Spencer offers more premium uniform choices and proves to be the most expensive supermarket with an average spend of £229. This makes it more than twice the price of Tesco.

Commenting on the study, a spokesperson for Income Tax UK said “This study highlights the issue of gendered products having a price disparity – however it does provide the opportunity for supermarkets to not only challenge this, but also provide more unisex options for school uniforms.”

The study used a set uniform list to gather prices across the chosen supermarkets (Tesco, Asda, Marks and Spencer, Sainsbury’s) for age brackets 3-4 up to 15-16.

Equality charity The Fawcett Society reported as far back as 2016 that “gendered products are purely a way to profit on the basis of gender stereotypes.” A study in that year found that where equivalent products were priced differently, they cost 37 percent more for women and girls, highlighting how marketing segmentation as a strategy often goes hand in hand with a “pink it and shrink it” approach, which “insults and undermines women whilst expecting to profit from them.”

The Fawcett Society report concluded: “We’re all affected by clever marketing, but we should know that men and women don’t need separate soaps, chocolate bars and different coloured pens. Hopefully people will now be encouraged to reject not just pink razors and more expensive shampoo, but the whole idea that women and men need different products, and more importantly, the idea that children’s products need to be divided on the basis of their sex. For as long as we promote a pink and blue culture to children, gender inequality will continue.”

“A pink scooter may cost £10 extra to buy, but the social cost of the pinkification of girlhood is inestimable. Stereotypical assumptions are at work when it comes to pink pricing. What does it say when we’re expected to pay more for girls clothes than for boys, or that when it comes to shoes especially, girls pay more for flimsy pretty shoes while boys get solid sturdy footwear that lasts? Clearly girls are not expected to be climbing trees or playing football.”

“It’s generally accepted that gender identity is formed in early childhood, a time when we form deep seated beliefs and values that can stay with us throughout our lives. The period from birth to age seven, is sometimes called ‘The Imprint Period’ by sociologists who say that; ‘…up to the age of seven, we are like sponges, absorbing everything around us and accepting much of it as true.’ Yet we put up with marketing forces that pressure children in a way like never before, to conform to ideas of gender norms that they often do not fit and, often, are not in their best interests.”

See also: Want Your Kids to Grow Up Healthy? Live Near Woodlands