The Effects of Medical Negligence

We speak to Katie McCraith—Senior Associate Solicitor at Hugh James—who sheds some light on the effects of medical negligence with an account of a real-life case: Helen’s Story. 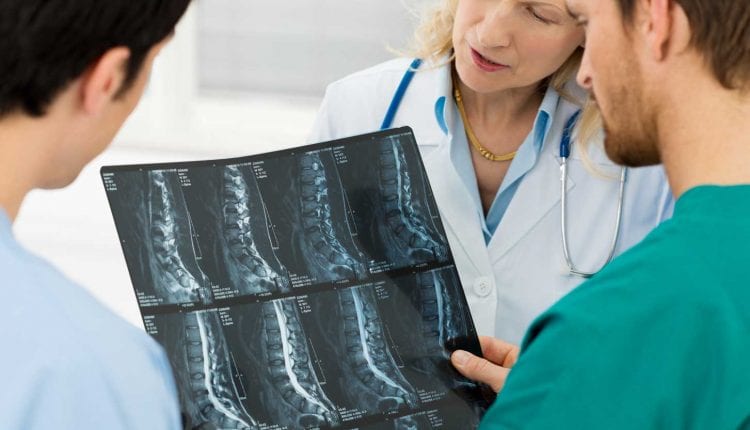 Helen Webster is a successful business woman and a mother. She responded to a media drive asking healthy people to donate their organs. Helen offered to donate a kidney to the NHS because she wanted to do something positive for others. Sadly, this public spirited act turned out to be the start of a nightmare for Helen.

Helen underwent various tests prior to the donation to check that she was a suitable donor. It took approximately one year for all the tests to be completed, and she was delighted when she was finally approved to be a living donor.

In November 2015, Helen underwent surgery to donate her kidney. Fortunately, things went very well and the transplant was successful. Three months later she received a letter from the hospital advising her to have a routine mammogram. Helen had had two previous mammograms in 2012 and 2014 so she knew what to expect. She knew that routine screening for women is incredibly important to detect early signs of cancer.

However, on 28 January 2016 Helen was diagnosed with grade two breast cancer. This was shocking enough in itself but the consultant went on to explain that the doctors had failed to identify a mass in her left breast during the two previous mammograms. Helen says: “I was totally speechless at the time, my daughter was with me and we just looked at each other in shock, I really couldn’t take it in. After spending so much time in the hospital before and after my kidney donation I didn’t want to face the fact that I would be undergoing treatment for many months to come. Then having to take in that the cancer had been missed twice was totally incomprehensible.”

See also: Should I Get Health Insurance?

Helen was shocked by the diagnosis. She was horrified that she had just selflessly donated a kidney as she may have unwittingly passed on the cancer to the recipient. At that time, Helen had no idea whether the cancer had spread beyond her breast and spent sleepless nights worrying that someone else’s health may have been seriously affected.

Helen went on to have a mastectomy and lymph node biopsy and was finally reassured that the cancer had not spread. Helen believes that if the consultant had spotted the mass during the two previous mammograms she would not have needed a full mastectomy and that if the cancer had been spotted prior to her testing period for the kidney donation then she would not have been able to go ahead with the donation. Helen says “ . . .I needed all my emotional and physical strength to get through the cancer.” She did not need the added health risks of fighting cancer with only one kidney or the worry of not knowing if her cancer had spread to the recipient of her kidney. She still doesn’t know if the recipient has been given the all clear.

Thankfully, Helen is now in good health but will remain on Tamoxifen for the next few years.  She says: “Unless you have been through an experience like this it is very hard to understand the emotional and physical effects this takes on you”. Helen has now called for more stringent screening processes for donors to eliminate the risks of a missed diagnosis like this happening again.

Helen’s story is a particularly troubling one particularly as Helen had always been very vigilant about her health and despite having the recommended routine mammograms her cancer was not picked up and treated in a timely fashion leading to a detrimental outcome. Sadly, Helen is not the only one; many cases of cancer can be missed by misinterpretation of investigative scans, leading to adverse outcomes for patients. Other common negligent mistakes are failures to undertake adequate examination of patients who have raised a concern about marks/lumps or lesions found, failures or delays in referring patients to specialists for clarification of diagnosis and appropriate treatment, delays in treatment or inappropriate treatment for the type of cancer diagnosed.

Helen has taken action to claim compensation for the level of care she received. Her case is ongoing. If you have experienced negligent care from a healthcare professional then the sooner you act, the sooner you can overcome the impact and the effects of medical negligence.

We would like to thank Katie McCraith—Senior Associate Solicitor at Hugh James—for her assistance with the content of this article. Katie McCraith qualified in 2004 and solely practices in clinical negligence. With 13 years of experience she has a wealth of knowledge on the effects of medical negligence after working on a variety of cases of varying value. She has a special interest in cases involving delays in diagnosis and missed diagnoses of cancer as well as, gynaecological, cardiac and orthopaedic claims. Katie is passionate about her work and strives to achieve the best possible outcome for her clients; she is well respected in her field of expertise. To find out more about Hugh James Solicitors and their services, visit their website: hughjames.com

If you have enjoyed reading this article on the effects of medical negligence, click here to read more on Celebrity Angels about private healhcare.