With the introduction of initiatives like the sugar tax, the debate on child nutrition is louder than ever. What exactly does a healthy, balanced diet include for young kids? 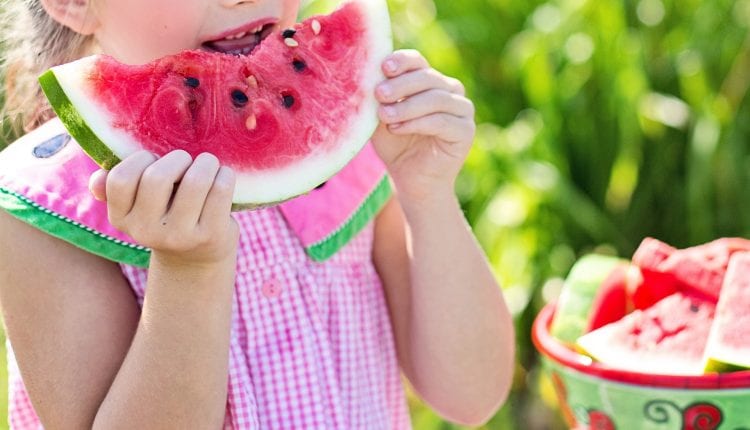 Health England (PHE) show obesity levels in 10 and 11-year-olds are at their highest since records began. A result of a combination of poor nutrition and insufficient exercise, this obesity ‘epidemic’ is a dangerous gateway to a host of other chronic ill-health conditions. Enforcing good eating habits and balanced nutrition from the start will promote healthy development. Research suggests a child’s early years are crucial for forming food preferences and tastes; according to experts, good habits established early on are more likely to be taken forward into later childhood and adulthood. But where to start? Read on for some tips on the different foods to give your child, as well as a few to avoid.

For the first six months, breast milk is the only food babies need, and in the first 12 months, the only suitable alternative to breast milk is formula. Cows’ milk should only be introduced after the age of one. Once introduced, children should consume at least 350 millilitres of milk a day. The full-fat version is a great source of calcium—crucial in the development of strong bones—and vitamin A, which helps ward off infections. According to NHS Choices, semi-skimmed milk can be introduced from the age of two, and skimmed milk isn’t recommended for children under five as it doesn’t contain enough fat.

Don’t give your child rice drinks until they are five or older. This is because of the levels of arsenic they contain. Babies and young children also shouldn’t eat mould-ripened cheeses.

Dairy free? If your child has an intolerance to milk, speak with your doctor. So far as alternatives go, the NHS advises they be given unsweetened calcium-fortified milk alternatives—such as soya or oat ‘milk’—from the age of one, as part of a balanced regime.

A great source of many vitamins, fruits and vegetables are a truly essential food group for healthy development and nutrition. Introduce as many types as you can from an early age—no matter if frozen, canned or fresh—and include them in every meal.

Don’t let your child snack on dried fruit, such as raisins, as the sugar these foods contain may lead to tooth decay.

Fussy with veg? Some children don’t like cooked vegetables, but will happily nibble on raw vegetables. Try handing your little one a carrot or cucumber stick to try while you’re preparing a meal.

Foods such as pasta, bread, cereal, potatoes and rice provide energy, nutrients and fibre. It’s important to include this food group as part of a balanced diet.

Don’t give your child—if under two—exclusively wholegrain starchy foods. This is because the fibre may fill them up before they have taken in enough nutrients from the rest of their meal.

This food group is essential for your child’s growth and development. Your child will need one or two portions of protein each day; meat, beans, pulses and eggs are a great source. Oily fish—such as salmon, sardines and mackerel—is also a great source of healthy protein and omega-3 fats.

Children under the age of two need the energy and vitamins provided by fat—this is why whole dairy products and oily fish are so important. Once your child turns two, gradually introduce a lower-fat diet. When they turn five, a low-fat diet—as recommended for adults—is most suitable.

Top tip. To keep an eye on the amount of fat consumed, try the following: grill foods instead of frying them, skim fat off meat during cooking, buy lean cuts of meat, remove skin from poultry and use as little cooking oil as possible.

Keep the amount of sugar your child has to a minimum—and enforce regular tooth brushing to avoid premature tooth decay. From age five, it’s okay to give your child undiluted fruit juice or smoothies, but these should not exceed one glass served with a meal.

Don’t give your child products with any added sugar. These include fizzy drinks, juice drinks, sweets, cakes and jam. Offer diluted juice—one part juice to 10 parts water—as an alternative.

While children will get most of the nutrients they need out of a balanced diet, sometimes they may not get enough vitamins A and C—especially if they are fussy eaters. The Department of Health (DoH) recommends all children aged 6 months to 5 years are given supplements containing vitamins A, C and D every day

Be Clear On The Two Main Types of Arthritis

Obese and At Risk