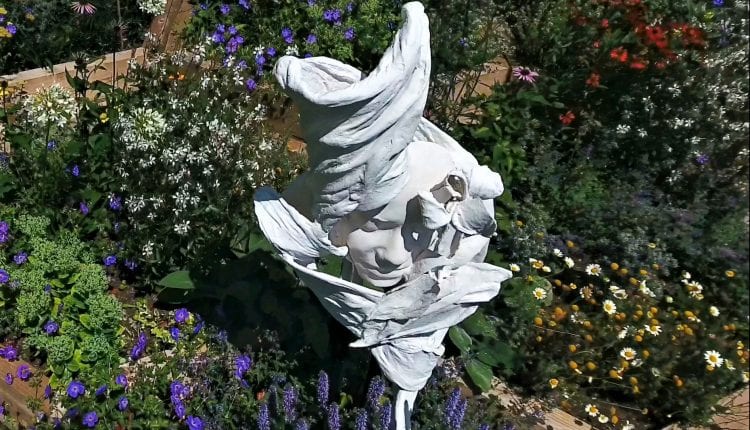 Bee numbers are in decline across the world. Can a combination of art, science and activism save them?

Albert Einstein once famously said that “if the bee disappeared off the face of the Earth, man would only have four years left to live”, and as far back as 2016 when a report by the Centre for Ecology and Hydrology revealed that exposure to pesticide treated crops was linked to long-term population decline of wild bee species across the English countryside, it’s been clear that bee population around the world are in decline.

The CEH study revealed that 62 bee species from the United Kingdom had been in decline in an 18-year period, and linked this to the escalating use of neonicotinoid pesticides.

But there seem to be other causes too, including the varroa mite which can cause catastrophic colony collapse, and loss of habitat.

Another harmful factor is nitrogen dioxide (NO2) pollution, mainly from vehicles, which masks the smell of flowers and prevents bees from finding their food.

One project aiming to draw attention to the problem of bee decline and make a contribution towards reversing it is a new sculpture for the Horniman Museum and Gardens, which has recently opened following months of closure due to the COVID-19 pandemic.

Jasmine Pradissitto‘s latest artwork aims to help bees thrive by the side of one of London’s busiest roads, the South Circular.

The sculpture, titled Flower Girl, is made from a material called NoxTek™, a geopolymer that absorbs NO2 pollution from the air. The sculpture is placed in the museum’s gardens alongside a new bee ‘hotel’.

Jasmine, an artist and scientist who has a PhD in the quantum behaviour of silicon, is the only artist with rights to work with the material.

The new work – with the full title ‘Flower Girl – For it was only upon the gentle buzzing of bees that she could awaken’ – takes the form of a sleeping female face, surrounded by giant swirling leaves as she awaits being woken by returning bees.

See also: Why You Should Be Collecting and Storing Rainwater

The NoxTek™ material can absorb up to 15% of its own weight in nitrogen dioxide molecules. Rain falling onto the sculpture will wash away the absorbed gas as a harmless liquid, allowing more pollution to be absorbed from the surrounding air.

The Bee Garden is designed around a central group of six hexagonal raised beds planted with species that attract and provide food for bees – including annuals such as Sunflowers Helianthus annuus, perennials including Vipers Bugloss Echium vulgare and shrubs like Mahonia × media Winter Sun.

To either side is an area of wildflower turf for maximum plant diversity, with a bee hotel in each – made from reclaimed pallets – to provide shelter and nesting sites for solitary bees.

The hope is that ‘Flower Girl’ will clear a ‘scent path’ for bees living in the bee hotels and in the surrounding area, making it easier for them to find the food sources provided in the Bee Garden.

Wes Shaw, Head of Horticulture at Horniman’s, says: “This area has been given over to wildflowers in recent years but we’ve decided to step it up and create a garden dedicated to supporting bees.

“They’re our most important pollinators, vital to gardeners and to the environment as whole, so it makes sense to design with them in mind. And we’re thrilled to have Jasmine’s sculpture adding both beauty and environmental benefit to the Bee Garden.

See also: How to Make Your Garden Wildlife Friendly

You can see more of Jasmine’s work on her iInstagram account at @jasmine_pradissitto. The Horniman gardens and Jasmine’s sculpture are now open to visitors – find out more here.

Meanwhile work continues towards a full ban of the worst, bee-harming neonicotinoids, and campaigners are working to ensure that the ban remains post-Brexit.

But we can all do our bit to save the bees. Friends of the Earth has a Save Britain’s Bees campaign, emphasising that changing climate and dwindling nature mean double trouble for bees and other pollinators.

Thirteen bee species have become extinct in the UK since 1900 and a further 35 are on the threatened species list. The changes in seasonal weather are causing problems for bees in finding food and places to nest.

You can send off for a kit including wildflower seeds to help you grow bee food so your neighbourhood bees don’t go hungry, a garden planner to help you create a bee-friendly garden all year round, a bee spotter guide so you can identify your new garden visitors, a step-by-step guide full of useful hints and tips for saving bees, and a bee postcard – to send to your loved ones.

You can also get involved with the Bumblebee Conservation Trust and with World Bee Day, on May 20th every year, a day adopted by the United Nations from the Slovenian Beekeepers Association to raise awareness of the importance of protecting and preserving bees and other pollinators.