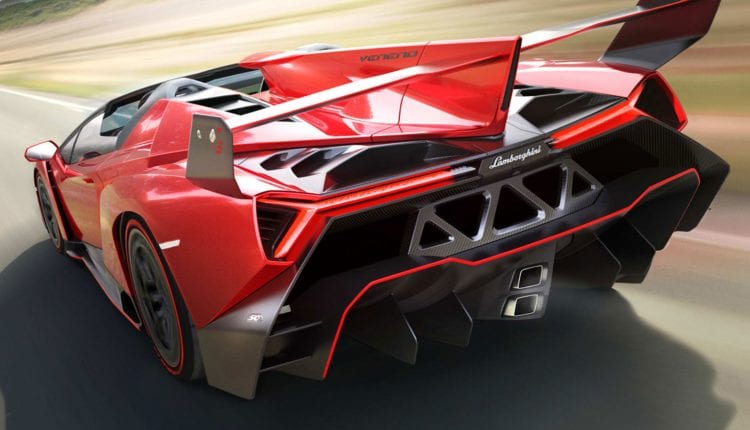 Anyone can enjoy reading about these supercars, but you would have to be very well-heeled to actually afford one. We’re counting down the 10 most expensive (new) cars in the world – start your engines!

If you’re a premier league footballer, an oil prince or a Hollywood movie star, the world’s most expensive cars are the sort of status symbol you’ll want sitting on the driveway of your mansion (or more likely, in an air-conditioned garage just accumulating value).

But if you’re looking for the world’s most expensive cars fresh from the factory, these are the ones to look out for. Some of these manufacturers are hardly household names, unless your house happens to be on a private island in the Pacific, and you’ll never see any of these cars on the shopping run to Sainsburys.

But around the boulevards of Hollywood and the yacht clubs of Monaco, these are the runabouts the mega-wealthy choose to show off their assets – so let’s count down the ten most expensive cars in the world, and imagine that one day we’ll be in the driving seat.

10. Pagani Hueyra
$1.4m
It’s pronounced ‘why’rah’, named after the Incan god of winds, and this mid-engine supercar, a successor to the Zonda, certainly goes like the wind, with a maximum speed of 238mph, its Mercedes AMG 6l supercharged V12 engine producing 620hp and a massive 740 lb-ft.

Launched in 2015, the Hueyra was limited to just 100 units as part of Pagani’s agreement with engine supplier Mercedes-AMG, and despite being one of the world’s most expensive cars, sold out immediately.

9. Ferrari Pininfarina Sergio
£2.3m
A concept car produced by Italian design house Pininfarina and presented at the 2013 Geneva Motor Show as a tribute to the former chairman of the company and automotive designer, Sergio Pininfarina, who died on 3 July 2012, the Sergio is a coach-built ‘barchetta’ (an open-top two-seater) based on the mechanical underpinnings of the Ferrari 458 Spider.

The reduction in weight and the incorporation of unique aerodynamic design elements enable the car to accelerate from 0–62 mph (100 km/h) in 3.4 seconds. Six units of this most conceptual of the world’s most expensive cars were built and sold to hand-picked clients.

8. Aston Martin Valkyrie
£2.4m
Designed as a collaboration between Aston Martin and Red bull Racing, the Valkyrie aims to be a road-going supercar which can also perform on the racetrack, making it not only one of the world’s most expensive cars but also one of the top performers..

7. Lykan Hypersport
£2.6m
Regarded as the first supercar from the Arab market, the Hypersport drips bling as well as boasting impressive performance. The LED headlights are coated with diamonds or semi-precious stones, the seats have gold stitching and there’s a holographic display on the centre column. All that, and this flashiest of the world’s most expensive cars can hit 100kmph in 2.8 seconds. Only seven were made, one ending up as a Police car in Abu Dhabi.

6. McLaren P1 LM
£2.7m
This limited-production plug-in hybrid sports car is regarded as a successor to the F1, utilising hybrid power and Formula 1 technology, though it does not have the same three-seat layout. Power comes from a 3.8-litre twin-turbo V8 and electric motor, housed in an engine bay which is gold-plated, one has to suspect just to make it more expensive.

Still, the 968bhp power output enables the P1LM to break the Nurburgring lap record for a street-legal car in 2017.

5. Lamborghini Veneno Roadster
£3.4m
A limited production high performance sports car manufactured by Italian automobile manufacturer Lamborghini, the Veneno (it translates as ‘poison’) is based on the Lamborghini Aventador and was developed to celebrate Lamborghini’s 50th anniversary.

Launched at the 2013 Geneva Motor Show at a price of $4m, examples have since resold for $8m, making it one of the world’s most expensive used cars too.

4. Koenigsegg CCXR Trevita
£4.8m
Only two CCXR Trevitas were made – the name is Swedish for “three whites,” which references to the Koenigsegg’s special diamond-weave, carbon-fibre bodywork.

The only American street-legal version was bought by boxer Floyd Mayweather for $4.8m, and when he sold it in 2017 it has less than 2,000 miles on the clock.

The CCXR Trevita has a twin-supercharged 4.8-litre V-8 engine delivering 1,018 horsepower through an Xtrac Super Synchro 6-speed paddle-shift transmission, giving a 0-60 mph time of 2.9 seconds and a top speed above 250 mph. No wonder this contender in the stakes for the world’s most expensive car needs carbon ceramic brakes to slow it all down.

3. Mercedes-Maybach Exelero
$8m
A one-off commissioned by Fulda, a German subsidiary of Goodyear, to test its new tyres (yeah, sure…), the Exlero was built by Mercedes on the body a Maybach, with the same twin-turbo V12 engine producing 690 horsepower and 752 pound-feet of torque.

With a top speed of 218 miles per hour, the Exelero would certainly test those tyres, as it’s seven feet wide and weighs 2.9 tonnes fully loaded. According to Top Gear it was bought by an American rapper for $8m.

2. Rolls-Royce Sweptail
£9.9m
A one-off design commissioned by a luxury yacht builder, this highly personalised two-seater was built on the aluminium spaceframe architecture of the Phantom VII Coupe.

Unveiled at the Concorso d’Eleganza historic car show, held at Villa d’Esta on Lake Como, Italy, in 2017, it features the Phantom VII’s 6.75-litre V12 engine, and several unique design features including a system that deploys a bottle of champagne at the touch of a button – making it not only one of the world’s most expensive cars, but also one of the most luxurious.

1. Bugatti La Voiture Noire
£14.4m
This one-off design launched in 2019 was apparently made for former Volkswagen Group boss Ferdinand Piëch. Though the identity of the owner is uncertain, what is known is that the world’s most expensive car is a tribute to the manufacturer’s Type 57 SC Atlantic from the 1930s.

Why You Should Be Collecting and Storing Rainwater

Is Your Town the Next for a Coronavirus Local Lockdown?