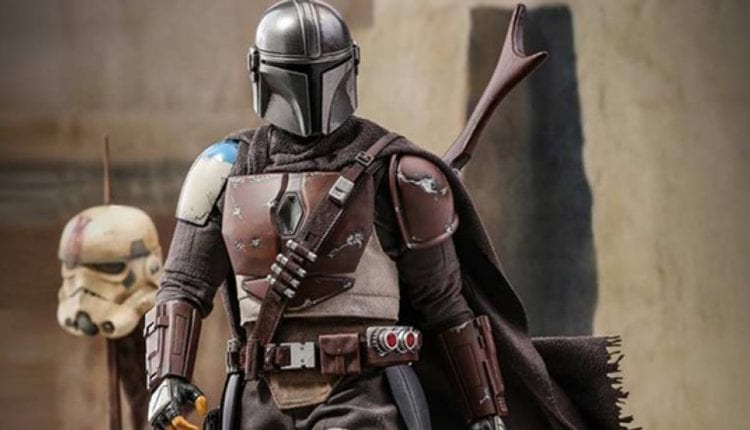 The coronavirus lockdown has made us more grateful than ever for our TVs (or laptops, tablets, phones, or whatever the kids are watching with these days – neural implants?) – so we’re always happy to see our favourite TV shows being revived. Though a lot of plans have been disrupted by filming shutting down, here are some favourites we can look forward to seeing more of in the next few months.

Britannia series 3
Starring: David Morrissey , Mackenzie Crook
The bonkers saga of warring Romans and mystical Celts debuted on Sky Atlantic in January 2018 and has already enjoyed two seasons. Writers Jez Butterworth and James Richardson throw all sorts of comical and dramatic references into the pot (though when will they use the line ‘These aren’t the druids you’re looking for’?)

Series 3 deals with Cait’s (Eleanor Worthington-Cox) journey as the Chosen One “with a decision that will tie her to the future of her war-torn people and their ravaged land. Aulus comes under pressure from a new and dark force – otherwise known as his wife, whilst Amena finds herself in a lethal Ménage à trois with both of them. Divis gets a new job which he despises, and Veran goes to the underworld and sees the future.”

Jez Butterworth says “We’re very excited to be continuing our mythic journey through Ancient Britain. This year was a particularly good vintage for mushrooms here in the West Country, so we strongly suggest you hold on to your hats.”

A Very English Scandal Series 2
Starring: Hugh Grant and Ben Whishaw
The award-winning success of Russell T Davies’ three-part comedy drama on the downfall of Liberal Democrat Jeremy Thorpe after a sex-and-conspiracy plot was always likely to lead to a sequel. Trouble is, it was never going to be ‘Jeremy Thorpe Part 2’, so we can’t assume the presence of Hugh Grant who played Thorpe, or indeed Ben Wishaw as the creepy Norman.

No, AVES2 is apparently about the 1963 sex scandal involving the Duchess of Argyll, the so-called ‘Dirty Duchess’, the first celebrity to be publicly ‘slut-shamed’. The screenplay is being written by favourite TV Agatha Christie adapter Sarah Phelps and broadcast is anticipated in summer 2021.

Back series 2
Starring: David Mitchell and Robert Webb
The bleak British sitcom which reunited Peep Show stars David Mitchell and Robert Webb saw paranoid misfit Stephen, played by an increasingly frenzied Mitchell, become convinced that his returning foster brother Andrew (Webb) is a cuckoo in the nest after he reappears at their father’s funeral. Written by Simon Blackwell (of favourite TV shows including Peep Show, The Thick Of It, Veep), the first series aired in autumn 2017 and now the tragicomic laugh-fest which also stars Louise Brealey is set for a second series. Production started last October, but no date for the new series has been announced.

The Mandalorian Season 2
Starring: Pedro Pascal, Gia Carano
This slam-bang action spin-off of Star Wars brings a taste of the original trilogy back to the ailing franchise. With more Western movie references than you can shake a blaster at, The Mandalorian continues the space adventures of a conflicted mercenary who finds himself taking care of a baby Yoda.

Rumour has it that season 2 will feature Temuera Morrison as the original series character Boba Fett, guest appearances by Michael Biehn and Rosario Dawson, and animated characters Ahsoka Tano and Bo-katan may also be brought to life. Filming has just wrapped and we’re expecting to see the series on Disney+ in October. Our favourite TV sci-fi show at the moment.

Doctors
Starring: Owen Brennan, Dido Miles
The BBC daytime medical soap Doctors returned to filming this week, almost five months after the coronavirus pandemic brought production to a grinding halt. The show will be back on screens “later this year”.

Filming was suspended on Doctors on 18th March “until further notice”, though the production team did manage to create a special episode in June (titled Can You Hear Me?) which was entirely self-shot by the cast at home on their mobile phones. The episode addressed the effects of the coronavirus pandemic, and also featured The Mill’s resident midwife Ruhma (Bharti Patel) catching and surviving the virus.

Series 21 will pick up where it left off, meaning fans of the favourite TV soap will finally get to see whether Ruhma will still be suspended after being caught kissing a patient’s husband.

Spiral series 8
Starring: Caroline Proust, Thierry Godard
The convoluted French cop thriller is gearing up for its final season, the eighth. Season seven ended with rough diamond cop Gilou (Thierry Godard) taking the rap for a blackmail plot, just as he’s about to disappear into the sunset with snarky colleague Laure (Caroline Proust). We don’t know what’s going to happen in the final season, but you can anticipate some gore, some corruption, and some tricky dealings between the cops and the courts. Rapper Kool Shen will guest-star. Again, production has been disrupted by lockdown so all we know is that it’s anticipated some time in 2021. This is our favourite TV cop show, and it’s educational too – so much French swearing.

Doctor Who series 13
Starring: Jodie Whittaker
Whatever you think of the dreadful hash showrunner Chris Chibnall is making as he tries to retcon the Doctor’s history, Jodie Whittaker soldiers on as the time lady, first in a Christmas/New Year special, Revolution of the Daleks, which has already been shot, then in what will presumably be a full ten-episode season in 2021. Though it’s expected that Jodie Whittaker will return for the full season, doubt has been cast over the continuation of various companion characters, and there’s already speculation that both Whittaker and Chibnall amy leave after this season of the favourite TV sci-fi adventure. Any bets for the 14th Doctor – Danny Dyer?

Endeavour Series 8
Starring: Shaun Evans, Roger Allam
This prequel to Inspector Morse sees the younger Endeavour Morse moving (slowly) through the ranks of Oxfordshire police in the 60s and 70s, encountering all sorts of historically, politically and fictionally significant figures as he grows increasingly disillusioned with his job. Us too, as the short Series 7 was an absolute farrago of loose ends, improbabilities, inconsistencies and self-indulgence. Hopefully writer Russell Lewis and star Shaun Evans will pull themselves together for series 8, expected in early 2021.

This may be last season, as it will bring the series to 33 episodes in total, the same number as were made for Inspector Morse. Incidentally, Endeavour has now reached the year 1970, by which time presumably The Sweeney‘s Jack Regan, played by Inspector Morse‘s John Thaw, would have been a young copper – any chance of a crossover?). That would bring together two of our favourite TV coppers.

Ghosts Series 2
Starring: The Idiots
The so-called ‘Idiots’ of Horrible Histories are coming back with a second season of their self-penned sitcom. Mathew Baynton, Simon Farnaby, Martha Howe-Douglas, Jim Howick, Laurence Rickard, and Ben Willbond star in the haunted house comedy as the ghosts inhabiting a crumbling mansion, with Charlotte Ritchie and Kiell Smith-Bynoe as the young couple who are trying to do it up with the ‘help’ of the spooks.

The second season has just wrapped and is expected to be broadcast in September. A third season has been commissioned, and a pilot for an American version has been made. Bet that’s really horrible.

Peaky Blinders series 6
Starring: Cillain Murphy, Helen McCrory
Another casualty of the coronavirus shutdown, filming of series 6 of Peaky Blinders is currently suspended. So all we know is that it will deal with Michael and Gina’s plan to usurp Tommy’s role in The Shelby Company, and Tommy’s unfinished business with fascist Oswald Mosley, as well as his local opponents the Billy Boys, and the fallout from the Chinese opium deal.

Series regulars Cillian Murphy, Helen McCrory, Paul Anderson, Finn Cole, Sophie Rundle and Natasha O’Keeffe will return, and we’re promised some ‘astonishingly A-list’ guest stars for what has become on of the country’s favourite TV shows. Series 6 is expected in early 2021 and a seventh and final series taking us up to the Second World War has been commissioned.

Though the coronavirus lockdown has made us more grateful than ever for our TVs than ever, we’ll be happy to see some of our old favourite TV shows revived. These are some of the favourites we can look forward to seeing more of in the next few months, but which dramas, comedies and soaps are you looking forward to seeing return?