Study: Vulnerable People Approach A&E ‘because they have nowhere else to turn’ 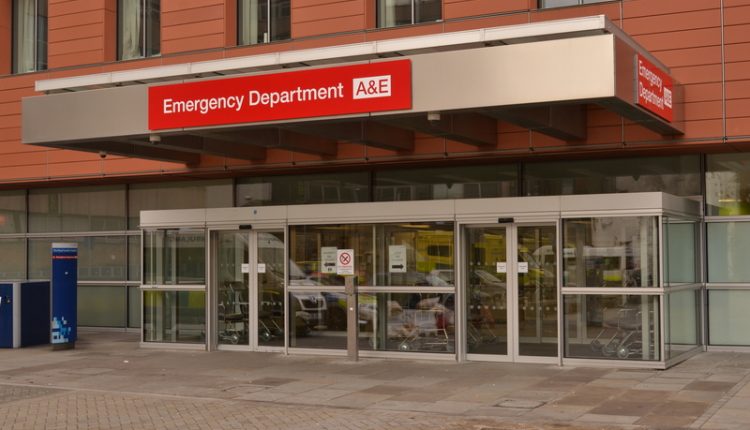 Vulnerable people living in some of the most deprived areas are turning to A&E because they have nowhere else to go, according to new research.

Humanitarian charity, the British Red Cross, examined data, between 2012 and 2018, from approximately 376,000 people who continuously went to emergency departments in England across six years as well as conducting interviews with hospital staff, GPs and patients to find out the reasons for these repeated visits.

They found that less than 1% of the population make up 16% of emergency visits within England. The same group also constitute for 29% of ambulance journeys and 26% of hospital admissions. In total, it is estimated that this is costing the NHS up to £2.5bn a year.

In addition to those who live in more deprived areas, other reasons for people turning to A&E include sudden life changes, social or economic struggles, loss of relationship, loneliness, housing insecurity and mental health issues amongst others.

The mortality rate among those aged 30 to 49 who constantly visit A&E is over seven times higher than those among the age group in the overall population.

In some of the most extreme cases, people were visiting A&E in excess of 300 times a year.

The charity is calling for more services to aid those who frequently attend A&E such as more committed HIU teams throughout the country in addition to better access to community-based support.

British Red Cross chief executive, Mike Adamson, said: “High intensity use of A&E is closely associated with deprivation and inequalities – if you overlay a map of frequent A&E use and a map of deprivation, they’re essentially the same. When multiple patients are making repeat visits to an A&E, that should flag the need to tackle other issues like barriers to accessing services, or societal inequalities that affect people’s health.

“For example housing insecurity is a common challenge – people who frequently come to A&E move home more often than the general population. This has a knock-on effect on people’s finances, mental health, social networks and access to services.”

British Red Cross lead on High Intensity Use services, Julia Munro, said: “When someone is repeatedly coming to A&E, it often indicates they are facing wider problems.

“We work with people who face all kinds of challenges, from poor housing to grief to childhood trauma, or who are struggling to cope with ongoing health issues.

“Getting the right help for people reduces ambulance and A&E use and hospital bed days, but most importantly it brings positive change to people’s lives. We’d like this support to be available to everyone who needs it.”

Dr Sam Royston, director of policy and research at Marie Curie, stated that a large number of people with a terminal illness land up in A&E repeatedly.

“When people are experiencing pain or need their symptoms managing, having good care planning and community care in place can avoid the need for emergency admissions,” he said.

“However, these services are inadequate across the country and people are suffering because they have no other option than to go to A&E.

He continued by saying: “Unless the Government amends the Bill to ensure adequate end-of-life care services are provided in communities across England, the most vulnerable will continue going into A&E because they have nowhere else to turn.”

“The NHS is already experiencing record demand for emergency care, and we are only just heading into winter so the introduction of around 100 High Intensity Units across England will help to reduce unnecessary visits to A&E.

“The roll out is being accelerated by the NHS, meaning patients will be able to get a range of support in a more appropriate setting.”

Creating a Safe Environment for Your Baby to Sleep