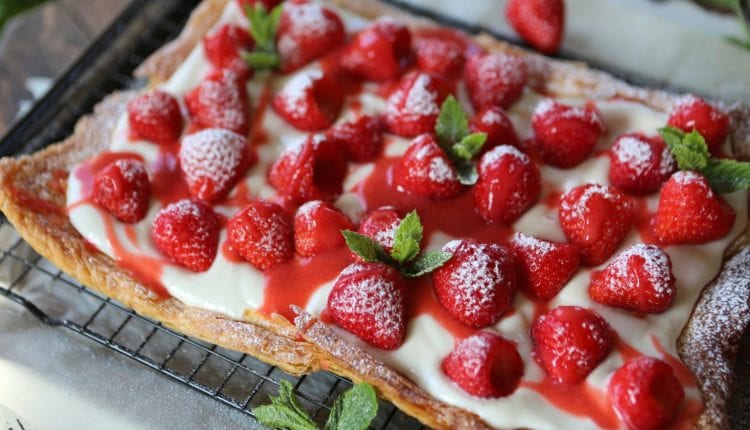 The Championships, Wimbledon, commonly known simply as Wimbledon or The Championships, is the oldest tennis tournament in the world and is widely regarded as the most prestigious. It has been held at the All England Club in Wimbledon, London, since 1877 and is played on outdoor grass courts, since 2009 with a retractable roof over Centre Court, and since 2019 over No. 1 Court.

Wimbledon is one of the four Grand Slam tennis tournaments, the others being the Australian Open, the French Open and the US Open. Wimbledon is the only major still played on grass, which is the traditional tennis playing surface.

After a year’s break, the demand for tickets (ordered online this year) is greater than ever. We can’t help you with that, or with the traditionally overpriced Wimbledon strawberries and cream, but we can bring you this delicious strawberry dessert recipe to enjoy at home while you’re watching the action on TV.

This recipe is from the Viva! Vegan Recipe Club, a charity creating vital resources to help educate everyone – vegan veterans, novices and the v-curious alike – about vegan food, health and nutrition; as well as the plight of farmed animals and the devastating environmental impact of farming.

A Good Night’s Sleep and a Clear Conscience