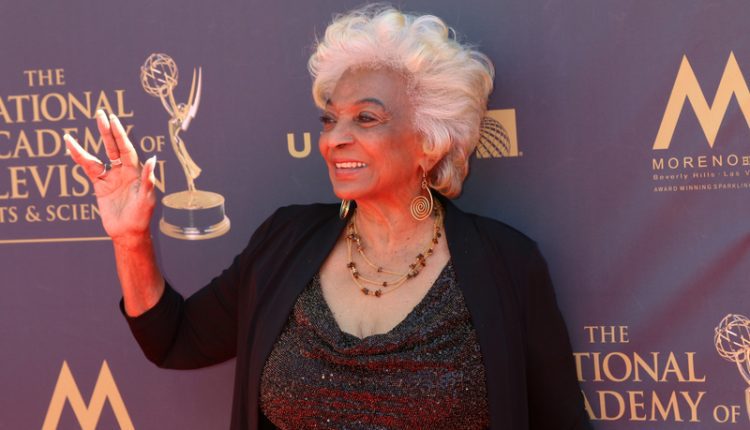 Nichelle Nichols, best known for her role in original Star Trek television series, has died at the age of 89.

The American actress played communications officer Lt Nyota Uhura, becoming one of the first black actresses in the U.S. to play a figure of authority during the 1960s. Years after, she was brought onboard by NASA, becoming an ambassador, with the aim of encouraging more African-Americans and women to join the space programme.

Her passing was announced in a statement by her son, Kyle Johnson, on Facebook saying: “I regret to inform you that a great light in the firmament no longer shines for us as it has for so many years.

“Her light however, like the ancient galaxies now being seen for the first time, will remain for us and future generations to enjoy, learn from, and draw inspiration.” Nichols’s death, on Saturday night in Silver City, was later confirmed by her agent.

Describing as a “trailblazing” actress, Nichols broke down a number of barriers and redefined the roles of black actors and actresses alike, shattering stereotypes within the film industry.

One of her most iconic moments onscreen was the lip-to-lip kiss with co-star William Shatner, in his role as Captain Kirk, one of television’s first interracial kisses.

She went on to star in the first six Star Trek movies following the series’ end in 1969.

Various people from across the film industry and beyond have paid their respects to Nicholls.

George Takei, who featured as Lieutenant Hikaru Sulu of the starship USS Enterprise, stated his “heart is heavy” following her passing.

“Our nation has lost a trailblazer of stage and screen who redefined what is possible for Black Americans and women”. “Our nation is forever indebted to inspiring artists like Nichelle Nichols, who show us a future where unity, dignity, and respect are cornerstones of every society” after Nichelle Nichols, best known for her role in original Star Trek television series, died at the age of 89.