Children and teens made up almost half of A&E patients with a sports injury last year. Is sport getting too dangerous for our kids? 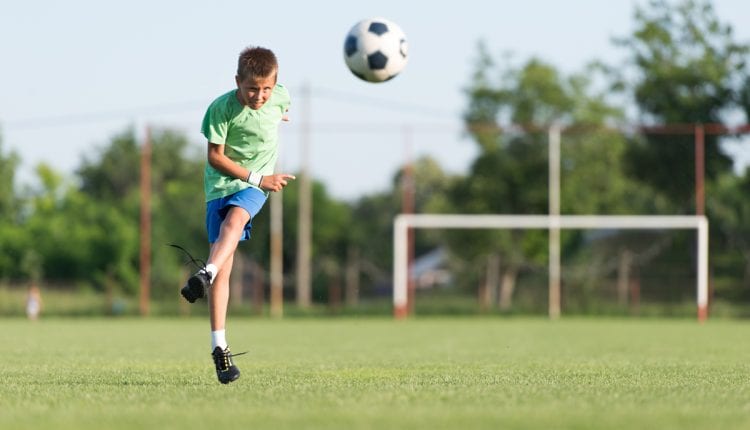 We all want to encourage kids to enjoy sports and exercise rather than sitting and watching the television—but has children’s sport become dangerously competitive?

Childhood bumps and bruises are all part of the experience of growing up, but the risk of injuries far more serious than just a few scrapes and bruises is often overlooked.

Children and teenagers made up almost half of those who came to A&E with a sport injury last year, many of them involving severe blows to the head and even broken bones, dislocations and fractures.

The government’s Childhood Obesity Strategy hugely encourages children to get involved in different sports, the idea being that sports increase a child’s physical activity, but are sufficient safety precautions being put in place? Schools of course focus a lot of attention on protecting children from harm, but do they lack focus on the risky nature of some of the most popular sports among children, and the activities taught in P.E.?

Rugby is hugely popular among young boys but notorious for encouraging aggressive behaviour. The sport has become infamous for causing concussions and ‘scrum’-related injuries.

Evidence presented by the American NFL showed that 95 percent of children who played American football had been badly injured at least once during the time that they participated in the sport.

In the UK, while it’s widely advised that young people do not engage in tackles and are encouraged to play non-collision or ‘tag’ rugby, there are still large amounts of injuries caused every year. Research published by the British Journal of Sports Medicine showed that tackles were responsible for 64 percent of all injuries and 87 percent of concussions.

Your Guide To Kids’ Winter Clothing

See Also: Should Our Kids Be On A Gluten Free Diet

Football is widely enjoyed by both boys and girls and isn’t usually considered dangerous. However, in recent years it has been found to cause some of the severest concussions in children.

The main reason for this is “heading” the ball. Children see players on their favourite teams do it, they see it in the World Cup, but don’t consider how risky it can be for younger players. A study in 2016 by the University of Stirling indicated memory impairment immediately after heading the ball, and campaigners draw attention to what they call “frightening” anecdotal evidence of former players suffering serious brain disease.

The Stirling study reported a reduction in memory performance of 41-67 percent in the 24 hours after players headed a football 20 times that was delivered with the pace and power of a corner kick. Memory function did return to normal 24 hours later.

Children aged 10 and under are already banned from heading the ball in the United States, and there is also a restriction on heading for those aged between 11 and 13. Heading has even been linked to increased risk of dementia in later life, raising even more questions about just how risky football for young people is.

Horse riding is popular among young girls; it’s good exercise, satisfying and good fun. It is however, considered one of the most dangerous sports in the world.

A fall or a kick from a horse can be lethal, and many professional riders have died or been hospitalised in horse riding accidents.

Strains, sprains, fractures and dislocations can be experienced due to horses falling, kicking their back legs, getting spooked, or disobeying the rider causing them to fall off.

While most riding schools carefully follow safety procedures, there are always dangers from inconsiderate drivers when horses are ridden along roads, where horses can easily be spooked by oncoming traffic.

See Also: School of Skincare: Your Guide TO Eczema and Psoriasis Mangament in Children

The pet hate of the Royal Society for the Prevention of Accidents is probably trampolining, both a popular grass-roots activity and an elite, Olympic-level sport.

ROSPA says: “Children of all ages love the feeling of flying through the air and mastering skills ranging from basic jumps and landing safely to advanced acrobatics including complicated somersaults. The downside is that hospital Emergency Departments are now having to deal with significant numbers of trampolining injuries.”

While trampoline parks should be enforcing safety procedures and equipment maintenance, In fact research from Sheffield Children’s hospital found that out of 198 children with trampoline injuries, 130 used private equipment and 68 were from indoor parks.

Out of all trampolining injuries, 63 percent were due to bad landings. This is why it is strongly encouraged for parents to surround their trampoline with safety netting, set it up at ground level and never allow children under the age of six to use a trampoline.  hc

Protect Your Children Against Pet Allergies

There Is No Such Thing As Bad Weather, Just The Wrong Clothes

Mapping Motherhood: The Road to Managing Your Children’s Medicine

Dress For Success: How to Clothes Shop For Your Children

Our Top Food Picks to Support Your Growing Child

How to Give Kids a Lifetime of Healthy Eating Habits