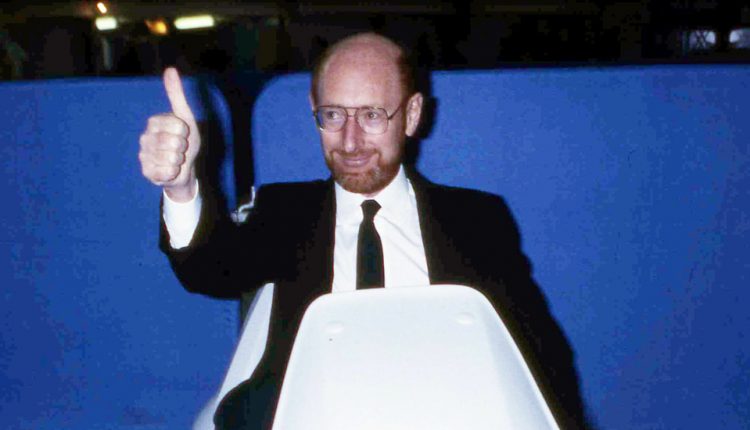 British Entrepreneur and inventor Sir Clive Sinclair, influential in bringing home the computer to thousands of people in the UK, has died at the age of 81.

His daughter, Belinda Sinclair, confirmed that he passed away at his London home on Thursday morning after a decade-long battle with cancer.Ms Sinclair told the BBC that he was still working on various inventions up until last week “because that was what he loved doing”.

“He was inventive and imaginative and for him it was exciting and an adventure, it was his passion,” she added.

Sir Clive Sinclair was best known for being a technological icon, as he popularised the home computer, presenting it to different British High Street stores at moderately affordable prices.

Many of today’s gaming giants got their start on one of his ZX80 and ZX81 computer models. During the 1980s, this model sold millions worldwide, making it one of the most sought-after pieces of kit at the time. It also meant that Sinclair became the first company in the world to sell more than a million computers, establishing Sinclair as one of the industy’s giants.

Later models such as the Sinclair Spectrum added colour and sound, and arguably launched the computer games industry. Eventually Sinclair models fell out of favour as computers such as the Commodore 64 and Amiga hit the market – but Clive Sinclair had other strings to his bow.

Born on 30th July 1940, in Richmond, Surrey, Sinclair could be described as an introvert as a child, as he preferred the company of adults to that of his own age. Sinclair left school at the age of 17 and worked as a technical journalist for four years. At 22, he founded Sinclair Radionics, his first company, creating mail order radio kits which included the world’s smallest transistor radio.

During the early 1970s, he went onto invent an electronic calculator designed to be small and light enough to fit in any coat or trouser pocket. Known as the Sinclair Executive, it was the first genuine pocket calculator.

“He wanted to make things small and cheap so people could a access them,” his daughter explained.

Its good looks and affordability helped it win Design Council awards and the calculator went on show at the Museum of Modern Art in New York.

However, it was when he teamed up with electronics company owner, Chris Curry, where his innovations became more exciting. In 1980, he launched his first home computer, the ZX80, a small computer that retailed at £99.95, one-fifth of the prize of other home computers sold at the time. This product revolutionised the market demonstrating Sinclair’s selling ability. The follow-up, the ZX81, was still primitive by modern standards, but received even more success as 250,000 units were sold.

In 1982, the release of the ZX Spectrum 48K was revolutionary in the British gaming industry. Many treasured games, now in colour, that inspired a generation from the ZX Spectrum included Jet Set Willy, Horace Goes Skiing and Knight Lore.

Sinclair was presented with a knighthood in 1983 by then Prime Minister Margaret Thatcher.

The success of the ZX Spectrum computer wasn’t matched by the Sinclair C5 electric vehicle, which was widely derided for its limited range, slow speed and inability to tackle hills. Sinclair himself acknowledged that the launch had been mishandled.

“The ground was covered in snow and we hadn’t realised that the batteries virtually packed up in freezing conditions. It was a crazy time to launch it,” he said.

Ms Sinclair expressed that it was the challenge which motivated him to do more. “It was the ideas, the challenge, that he found exciting. He’d come up with an idea and say, ‘There’s no point in asking if someone wants it, because they can’t imagine it.”

Away from inventing, Sinclair had various other interests which included poetry, running marathons and playing poker. He made multiple appearances in the Late Night Poker television series and won the first season final of the Celebrity Poker Club spinoff, defeating Actor Keith Allen.

As well as that he was a “devoted father and grandfather” who leaves three children, five grandchildren and two great-grandchildren.

Tributes have been flooding in, with many giants paying tributes to his achievements .

Film director Edgar Wright paid tribute, Tweeting: “For someone whose first glimpses of a brave new world were the terrifying graphics of 3D Monster Maze on the ZX81, I’d like to salute tech pioneer Sir Clive Sinclair.

“He made 21st Century dreams feel possible. Will bash away on the rubber keys of a Spectrum in your honour. RIP.”

Presenter Dominik Diamond, who formerly hosted Channel 4’s GamesMaster, tweeted: “All your UK videogame companies today were built on the shoulders of giants who made games for the ZX Spectrum.

“You cannot exaggerate Sir Clive Sinclair’s influence on the world.

“And if we’d all stopped laughing long enough to buy a C5 he’d probably have saved the environment.”

“And arguably, the digital age for us in the UK started with the Sinclair ZX80, when thousands of kids learnt to code using 1k of RAM. For us, the Spectrum was like a Rolls Royce with 48k.”

SEE ALSO: Top 10 Classic Movies That Were Turned into Musicals