With rates of skin cancer increasing faster than any other cancer in the UK, it’s time to put the facts, symptoms and risk factors under the microscope. 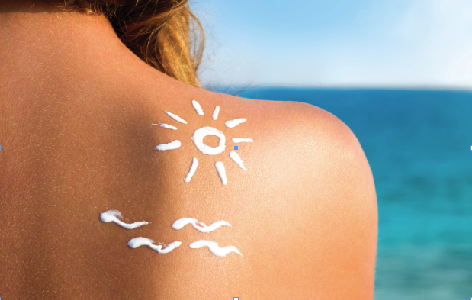 While there are many other skin conditions that are not cancer, especially in older people, skin cancer is one of the most common cancers in the world. There are more than 100,000 new cases of non-melanoma skin cancer being diagnosed each year in the UK, so understanding the specifics could play a crucial role in protecting your skin and ensuring an early diagnosis.

The three main types of skin cancer are basal cell carcinoma (BCC), squamous cell carcinoma (SCC) and malignant melanoma. These diseases are either referred to as ‘non-melanoma’ or ‘melanoma’.

The term non-melanoma distinguishes a group of cancers that slowly develop in the uppermost layers of the skin and are often named after the type of skin cell from which they develop. BCC usually appears as a small, shiny pink or pearly-white lump, with a waxy appearance. It can also look like a red scaly patch, can contain darker pigment, and may grow bigger or develop into an ulcer. BCC accounts for around 75 percent of all skin cancers. SCC can also bleed and develop into an ulcer—it appears as a firm pink lump with a rough surface and is often tender to the touch. If you’ve previously had a non-melanoma skin cancer, your risk of developing another one in the future is increased as these cancers are often multiple.

Melanoma is a more dangerous and less common type of skin cancer that can spread to other organs in the body. The most common sign of melanoma is the appearance of a new mole or a change in an existing mole. In most cases, these will have an irregular shape and contain more than one colour. The mole may also be larger than normal and can be itchy or bleed. Around 70 percent of all melanomas in the UK are superficial spreading melanomas, meaning that they grow across the skin before moving downwards into the deeper layers. More common in people with pale skin and freckles, melanoma is the fifth most common cancer in the UK, excluding non-melanoma skin cancer.

Who Is Most At RIsk?

Salving Your Skin From Incontinence Trouble

Overexposure to ultraviolet (UV) light from the sun is thought to be the main cause of non-melanoma skin cancer and melanomas. Some other factors that can increase your chances of developing skin cancer include:

•   A family history of skin cancer

•  A large number of moles or freckles

•  Medication or medical condition that suppresses your immune system

The main treatment for skin cancer is surgery and involves removing the cancerous tumour and some of the surrounding skin. Other treatments for non-melanoma skin cancer include cryotherapy (freezing), anti-cancer creams, radiotherapy and a form of light treatment called photodynamic therapy. At least 90 percent of non-melanoma skin cancer cases are successfully cured. If melanoma is diagnosed and treated at an early stage, surgery will usually be successful, too. If the disease isn’t diagnosed until an advanced phase, treatment will mainly focus around slowing the spread of the cancer and reducing symptoms with medicines.

Unfortunately, skin cancer isn’t always preventable, but you can reduce the risk of developing it by avoiding overexposure to UV light. Use a high-factor sunscreen to protect from sunburn, avoid sunbeds and dress sensibly in the sun, particularly if you have pale skin and numerous moles. Regularly checking your skin for signs of skin cancer can lead to an early diagnosis and increase your chances of successful treatment.

Is An Imaginary Friend Something To Be Concerned About?

One Moisturiser May Not Fit All for Young Looking Skin