A light-hearted look at a serious subject reminds us to check our basic home security essentials, especially when taking off on holiday. 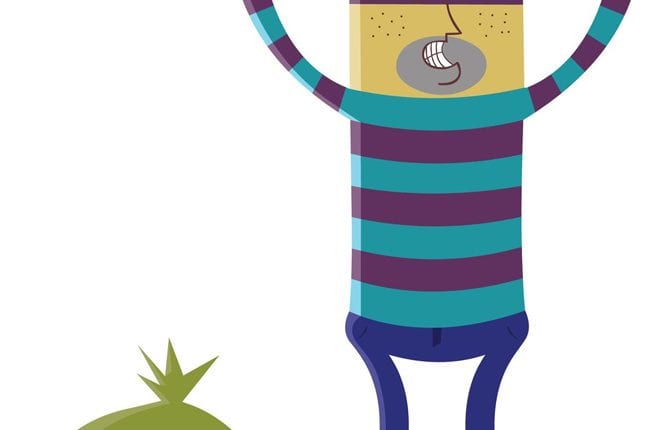 If you’re reading through travel brochures this weekend and making summer holiday plans for next year, here’s a footnote to bear in mind—high summer and early autumn are times of the year when burglaries reach their peak, according to the stats. Obviously this is because it’s the time when many of us choose to take a much-needed holiday—and Mr Burglar knows it. There are various actions we can take to frustrate the burglar—Neighbourhood Watch, for example, has been deemed by the police to be a very successful deterrent. However, as security experts often warn, a dedicated burglar on a mission is going to be a hard man (or woman) to keep out. But of course keeping the burglar out in the first place is what we must plan to do, especially if we’re feeling vulnerable or if we’re planning to be away for a few weeks.

Some of the prime deterrents are almost too obvious to state but, surprisingly enough, they are high on the police advice list of ‘Did you remember to…?’, and even higher on the list of ‘No! I forgot,’ instantly spoiling the happy holiday mood as you drive onto the Cross Channel Ferry bound for Roscoff, ‘I forgot to cancel the milk, and I forgot to cancel the newspapers! It’ll be a dead giveaway. Shall we turn back? Or shall we take the risk and carried on?’

Now those, George, our Cross Channel holidaymaker, did remember to get checked out. Weeks before his departure, he had called in men in boiler suits who carried bags of strangely shaped tools. These were the experts, the locksmiths, who would tell George if his house was as safe as Fort Knox, or a walk-in theme park on the map for all burglars within a radius of 50 miles. The almost immediate short intakes of breath from the experts told George his home was in the latter category. ‘You see here, sir,’ said one, with the voice of a thousand years’ experience of dealing with novices, ‘there is nothing substantial here to prevent our friend from entering the said premise, i.e., your home.’ He was wriggling the single rusty window latch in the downstairs loo. Okay, so window locks were then called for and installed, two for every window throughout the house: ‘Quite surprising you’ve never been done,’ one of the experts confided. But what surprised him further was when George told him that he had researched the subject of → Home Security v. Mr Burglar, and that this was the reason why he had called in this local firm of security experts. ‘Very wise, sir, very wise,’ the expert said encouragingly, ‘Planning a little trip away are we?’

George had wanted his home to be ‘as safe as houses’ during the time he and his family were on holiday which is why he’d decided to research the topic. First off, George learnt that the Metropolitan Police say that, ‘Burglary is a serious issue, that’s why we are targeting burglars in London.’ The first part George knew, and the second part was reassuring in a way, except that his house isn’t in London. Wouldn’t burglars simply read this website information, text one another ‘LONDON IS OFF MATE’ and drift off to other non-targeted areas? Yes, they would! And this is another reason why George decided to take the actions described above. George’s careful research into home security uncovered the following invaluable police advice:

Why Taking a Mortgage Holiday Could Affect Your Credit…

Our modern locks are very sophisticated compared to even the most ingenious locks made in previous centuries—for example, the modern 5-lever mortice deadlock is a sophisticated deterrent. These locks are so cleverly made that our burglar becomes frustrated and may simply try to batter the door down in rage—which is not an elegant solution to the problem of gaining unauthorised entry. So, once again, the Met gives us good solid advice, as follows:

George was able to tick off most of these points, but did have to return to his research portfolio to check the difference between a London bar and a Birmingham bar. Here is the answer: a London Bar is a metal strip on the frame side to support the strike box of the lock; whereas, a Birmingham bar supports the frame on the hinge side.

Electronic security systems are becoming more and more popular, and more sophisticated, too. You can have a system installed that can be wired to the TV or computer, so that you can see on the screen who’s at the front door. You could be away on holiday like George, and still be able to monitor what’s going on around your home. Apart from being a big security plus, Phil Spencer says an efficient entry phone/security system will add value to your home: ‘Good alarm systems give you peace of mind and an alarm box on the front of your house is one of the better burglar deterrents.’

Happily, we can report that when George and his family did return home after two weeks, the intelligent milkman had twigged the situation, and there were only three cartons of curdled milk rather than 18; however, there were a lot of newspapers that made the front door hard to open—even with a key to the 5-lever mortice deadlock. So, take the advice offered here, call in a security firm before your next holiday, if you haven’t already done so.

From City to Country: England’s Most Desirable Homes

From City to Country: England’s Most Desirable Homes

Will the Property Market in England Take Off Now That Agents Are Back to Work?

What Benefits does Filtered Water have on Health and the Environment?