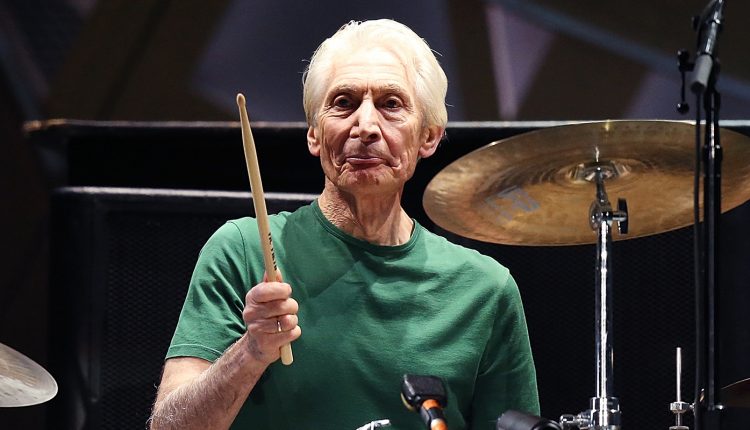 It’s been announced that Charlie Watts, the drummer with the Rolling Stones, has died at the age of 80. He had undergone a recent medical procedure causing him to miss the band’s US tour dates, and had previously been treated for throat cancer in 2004.

A statement from his publicist said: “It is with immense sadness that we announce the death of our beloved Charlie Watts. He passed away peacefully in a London hospital earlier today surrounded by his family.”

Describing him “a cherished husband, father and grandfather” and “one of the greatest drummers of his generation”, the statement went on to request “that the privacy of his family, band members and close friends is respected at this difficult time.”

Charlie Watts had been a member of the Rolling Stones since January 1963, when he joined Mick Jagger, Keith Richards and Brian Jones in their group. Along with Jagger and Richards, Watts featured on every one of the band’s studio albums, and was widely regarded as one of the greatest rock drummers of all time.

Sir Mick Jagger and Keith Richards have paid tribute to their bandmate.

In posts on Twitter and Instagram, singer Sir Mick shared a photograph of Watts smiling while seated behind a drum kit.

Guitarist Richards also took to social media to share a picture of a set of drums with a “closed” sign on them.

Often seen as the ‘quiet man’ of the group, Charlie Watts was jazz fan who rarely gave interviews, and who shunned the rock’n’roll excesses associated with a life on the road. He once described playing with the Rolling Stones as “five years of playing, 20 years of hanging around.”

He was born Charles Robert Watts in June 1941 at the University College Hospital in London and raised in Kingsbury, in a working-class family – his father was a lorry driver and he was brought up in a prefabricated house. He studied at Harrow Art School and took a job as a graphic designer with a local advertising agency. His early interest in musicians such as Jelly Roll Morton and Charlie Parker led to him taking up the drums, and his first band, the Jo Jones Seven, played the North London pub circuit.

He moved on to Alexis Korner’s influential Blues Incorporated, where he met guitarist Brian Jones, who introduced him to the fledgling Rolling Stones. The result of the meeting was what Charlie Watts later described as “four decades of seeing Mick’s bum running around in front of me.”

Charlie Watts maintained his interest in graphic design, working on the band’s album sleeves and set designs, but rejected much of the wild lifestyle of the other members of the band, marrying in 1964.

Nonetheless Charlie Watts famously suffered what he called a ‘mid-life crisis’ in the 80s, leading to a drinking problem, heroin addiction, and a famous falling-out with Mick Jagger.

“It got so bad,” he later said, ” that even Keith Richards, bless him, told me to get it together.”

Charlie Watts lived with his wife Shirley on a farm in Devon where they bred Arabian horses, and he also took an interest in antique silver, and American Civil War memorabilia and classic cars – though he didn’t drive.

Notably well-dressed, Charlie Watts often featured in lists of ‘best-dressed men’, and was legendary for keeping his feet on the group amid the choas of the Rolling Stones. he once said “It’s supposed to be sex and drugs and rock and roll. I’m not really like that. I’ve never really seen the Rolling Stones as anything.”