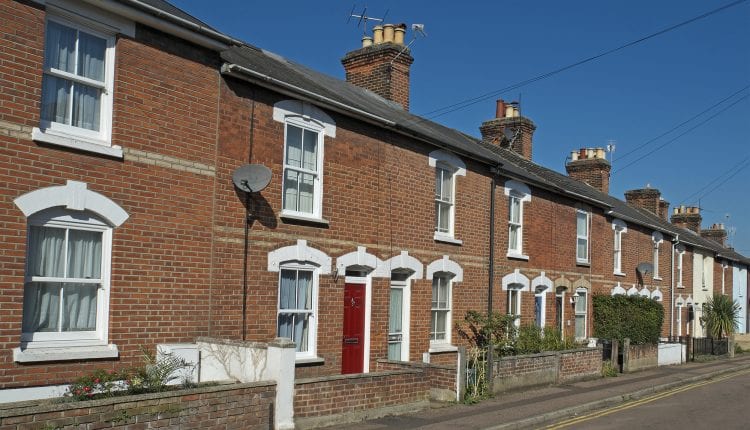 House price data for November released by the Office of National Statistics suggests that while house prices continue to rise, the end of the Stamp Duty holiday in April means that buyers have to make a difficult decision on whether to buy now or wait for what may be a fall in prices later in the year.

The price of detached properties is up 8.5% in a year, while flats and maisonettes are up 5.4%.

See also: How to Improve Your Home With a Kitchen Makeover

Sarah Coles, personal finance analyst at Hargreaves Lansdown, said: “House prices built to a record high in November, topping £¼ million in the UK, and £½ million in London: the higher prices go, the more pain buyers will feel when they hit the stamp duty holiday deadline.

“The buying frenzy continued in November, pushing prices up to record highs. Early signs are that this pushed through into a hectic December, where prices hit new highs again. However, with the stamp duty holiday coming to an end in March, the big question is what happens next.

“Given the length of time it takes for sales to go through, there’s every chance that if you make an offer in 2021 you won’t have completed the purchase by the deadline. This is likely to take some of the urgency out of the market in the first three months of the year.

“When the deadline hits, buyers will be faced with the choice of pulling out of a purchase, and potentially collapsing a chain, or taking the extra tax on the chin. This decision may come down to a balance between how much extra tax you will face, weighed against how much you’ve already spent on legal fees, surveys and searches and how much you want the house.

“The closer the house price rises to £500,000, the more the end of the holiday will cost in tax, and the more likely people are to pull out of the sale. If you’re a second time buyer, buying the average UK home, delaying until after the deadline will cost you an extra £2,500 in tax, whereas if you’re buying an average London home it will cost you £15,000 more.

“As prices rise, buyers and sellers become more vulnerable to people pulling out of unaffordable purchases, and chains collapsing. And if this starts to damage confidence in the market, we could see it taking a toll on house prices as we go through the spring.”

See also: How to Win at Property Auctions

The North East is the final English region to surpass its pre-economic downturn average house price peak of July 2007, to now stand at £140,000.

Because of the impact of the coronavirus (COVID-19) pandemic on both the number and supply of housing transactions, we might see larger revisions to the published House Price Index (HPI) estimates than usual.

Over the past four years, there has been a general slowdown in UK house price growth, driven mainly by a slowdown in the south and east of England. The beginning of 2020 saw a pick-up in annual growth in the housing market before the coronavirus restrictions were put in place at the end of March 2020.

Price variations at the beginning of 2020 may reflect the unusual conditions in the housing market at the time. People were advised not to move house during the tightest restrictions in April and May. As such, property transactions completed during that time may have been more concentrated than usual among those without complicating factors, such as a chain. For example, first-time buyers – typically at the lower end of the price scale – may have been freer to complete transactions than former owner-occupiers, who may have had to co-ordinate multiple sales during lockdown.

Recent price increases may reflect a range of factors including pent-up demand, some possible changes in housing preferences since the pandemic and a response to the changes made to property transaction taxes across the nations.

Pent-up demand may have contributed towards an increase in house prices. The Bank of England’s Money and Credit November 2020 release reported that mortgage approvals for house purchases (an indicator of future lending) increased further in November 2020 to 105,000, the highest since August 2007.

The pandemic may have also caused house buyers to reassess their housing preferences. In our UK HPI data, we have seen the average price of detached properties increase by 8.5% in the year to November, in comparison with flats and maisonettes increasing by 5.4% over the same period.

On 8 July 2020, the Chancellor of the Exchequer announced a suspension of the tax paid on property purchases with immediate effect in England and Northern Ireland, coming into effect slightly later, on 15 July in Scotland and 27 July in Wales. In England and Northern Ireland properties up to the value of £500,000 would incur no tax, while the thresholds for Scotland and Wales were £250,000. The tax holiday is due to end on 31 March 2021 across the whole of the UK. This may allow sellers to request higher prices as buyers’ overall costs are reduced.

On a non-seasonally adjusted basis, average house prices in the UK increased by 1.2% between October and November 2020, compared with a decrease of 0.4% in the same period a year ago.

On a seasonally adjusted basis, average house prices in the UK increased by 1.4% between October and November 2020, following an increase of 1.5% in the previous month.

The lowest annual growth was in the East of England, where average prices increased by 4.8% over the year to November 2020.

London’s annual house price growth has followed a sharp upward trend seen in most regions in recent months, likely reflecting a range of factors including pent-up demand, changes in housing preferences and the temporary reduction in property transaction taxes, which are due to end on 31 March 2021.

Looking at the picture within London, house prices have grown more quickly in Inner London than Outer London for some time. In November 2020, two London boroughs had annual house price growth above 20%, one is in Inner London (Kensington and Chelsea, at 28.6%), while the Outer London borough of Brent had annual price growth of 23.9%. The annual growth rate in Brent is partly caused by a base effect as the average house price decreased by 11.9% between October and November 2019 and increased by 2.8% between October and November 2020.

Demand for property in Inner London may be particularly responsive to temporary property tax changes as property prices are high and therefore so is the corresponding tax to be paid. In addition, compared with other regions of the UK, London has a relatively high proportion of properties bought for investment, including from cash buyers and overseas investors. As such, demand for property in Inner London is likely influenced by a broader range of factors than the rest of the UK, including the forthcoming introduction of additional property tax for non-UK residents and geopolitical circumstances such as the new route to UK citizenship for British Nationals Overseas in Hong Kong, being introduced in January 2021, both of which may push up demand for properties in Inner London.

The North East continued to have the lowest average house price, at £140,000, and is the final English region to surpass its pre-economic downturn peak of July 2007.