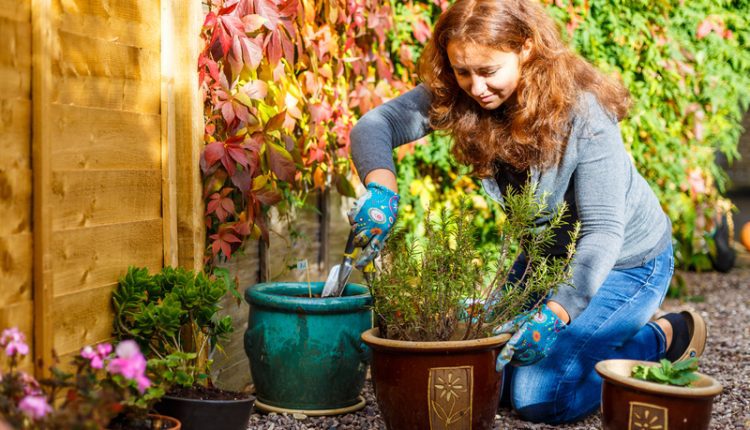 The Royal Horticultural Society has launched a climate campaign to mobilise the biggest gardening army since the “Dig for Victory” campaign during the Second World War.

The gardening charity aims to encourage the 30 million gardeners from across the UK to take action in their own gardens to cut greenhouse gas emissions and to boost wildlife in efforts to help in the fight against climate and nature crises.

This campaign is looking to make a similar impact to the ‘Dig for Victory’ campaign from World War II, set up in September 1940 by the British Ministry of Agriculture, which encouraged many householders to produce their own fruits and vegetables as fears of food shortages grew.

Gardeners are being encouraged to do more positive actions in their backyards by planting trees, using rainwater to hydrate their plants, plant blooms for pollinators, go peat-free, create their own compost and remove paving slabs to produce more space for growing perennials.

The RHS has said that its research shows that if every gardener planted a medium-sized tree in their garden and nurtured it to maturity, it would store the carbon equivalent of driving around the world 11 million times. In addition, they also stated that if all green-fingered householders created an average of 190kg of compost every year – the amount gardeners who do compost create – it would save the equivalent carbon to heating 500,000 homes, compared to the manufacture and transport of compost that is shop-bought.

However, a YouGov poll for the charity has found that less than a fifth of gardeners in the UK say they have adopted sustainable gardening measures.

Other separate research has also found that nearly 40 percent of gardeners remain using regular garden tools that are powered by fossil fuels, such as lawnmowers.

Besides, while pledges for the charity’s water saving mains2rains campaign are expected to save around 6.6 million litres of water, RHS continue to state that more needs to be done.

RHS are creating a plant-friendly sustainability calculator. This is an online tool to motivate gardeners to make better and more sustainable choices towards their gardening habits. As well as that, the charity has devised a list of 10 achievable actions gardeners can do to help nature and climate.

As well as encouraging support from gardeners, the RHS is also calling for government support for research and development in horticultural science and help in financially supporting community gardens within schools, public areas and NHS trusts to aid gardening make a positive difference.

The charity is also launching the plant-friendly campaign as part of its own sustainability strategy, which incorporates measures to be more climate positive. It also seeks to abolish all single-use plastic, ensure packaging is 100% reusable, recyclable and compostable and be water neutral at RHS gardens, shows and sites by 2030.

General Director of RHS, Sue Biggs expressed the importance of their campaign, stating: “The RHS is committed to using its own community outreach work to help Britain’s 30 million gardeners make a positive contribution towards the climate and biodiversity crisis. “But we can’t harness this potential alone.”

“If we are to mobilise the biggest gardening army across the nation since Dig for Victory we need government support for planet-friendly gardens,” she added. “This includes funding all research and development in horticultural science as well as financially supporting community gardens in schools, NHS Trusts and public spaces.”

Professor Alistair Griffiths, RHS director of science and collections said: “Collectively, the actions of each and every one of our nation’s 30 million gardeners can create positive change and help us adapt to and mitigate against the climate and biodiversity crisis.”

“It is something we can all do – either on a window sill, in our own gardens or with a community gardening group.”

How to Prepare Your Garden for Winter

How Gardening Can Beat the Blues and Boost Your Brain

Choosing The Right Tools for Every Garden Job