Rhinitis is a surprisingly common problem, but what causes this irritating condition and how can one go about treating it? 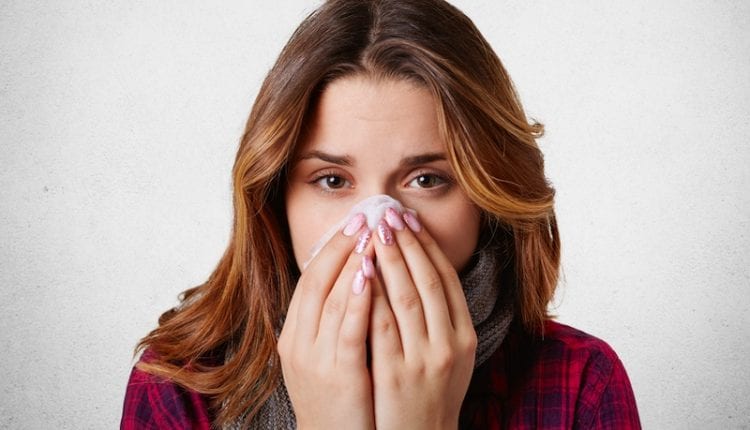 Rhinitis, also known as coryza, is characterised by the irritation and inflammation of the mucous membrane inside the nose. Rhinitis is split into two main categories: allergic and non-allergic. Dear Doctor outlines the key differences between the two.

Allergic rhinitis is the most common type; it can be seasonal, perennial or occupational. The condition involves inflammation inside the nose caused by an allergy. The immune system reacts to certain allergens as if they were harmful—these include pollen, pet dander, mould spores and dust mites. According to the NHS, this form of rhinitis affects one in every five people in the UK. Common symptoms of the condition include stuffy nose, sneezing, congestion, watery eyes, runny nose and postnasal drip. Allergic rhinitis is usually considered a systemic illness and is therefore associated with other symptoms such as fatigue, eczema, malaise and chronic sinusitis.

Taking steps to reduce exposure to allergens can work to improve aggravating symptoms. Mild conditions can be treated with over-the-counter medications. More serious cases will require stronger medication prescribed by a doctor.

Non-allergic rhinitis is usually the result of swollen blood vessels and a buildup of fluid tissues within the nose. In this case, the inflammation inside the nose is not caused by an allergy. There are several internal and external factors that cause non-allergic rhinitis. Common external factors include infection—such as a cold—and environmental factors like extreme temperatures, humidity and exposure to noxious fumes. Internal factors include hormone imbalances caused by pregnancy, puberty, hormone replacement therapy (HRT) and hormonal contraception. Specific symptoms of non-allergic rhinitis include a blocked nose, runny nose, mild irritation in and around the nose, catarrh, sneezing and reduced sense of smell.

How to Manage Your Hay Fever This Summer

Treatment for non-allergic rhinitis will depend on the cause. It may be as simple as avoiding triggers and washing the nasal passages regularly. Otherwise, corticosteroids are the preferred choice of medication. These usually come in the form of a nasal spray.

In rare occasions, rhinitis can lead to complications such as nasal polyps, sinusitis and middle ear infections

Allergic rhinitis is the most common form of non-infectious rhinitis, affecting between 10% and 30% of all adults and as many as 40% of children