Out of 3.8 million people suffering from diabetes in the UK, 90 percent of these have Type 2 diabetes. Although there is currently no cure for any type of diabetes, a new wave of research has shown that Type 2 diabetes may be reversible, meaning patients may be able to maintain a medication-free life by managing their condition with a good diet and exercise. But is reversing diabetes possible for everyone and what can you do to spark this recovery? 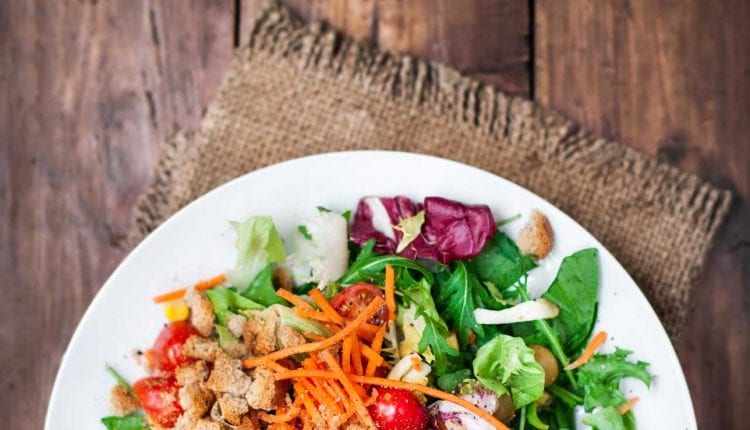 How does Type 2 diabetes develop?

Type 2 diabetes is usually associated with high sugar consumption; however, it can also be caused by genetics and a sedentary lifestyle. As described by the NHS, Type 2 diabetes develops when the pancreas can’t produce enough insulin to maintain a normal blood glucose level, or when the body becomes insulin-resistant and is unable to use the insulin that is produced by the pancreas. In healthy people, the pancreas produces insulin—the hormone that moves glucose from your blood to your cells where it is then converted into energy. Because insulin is not used properly in diabetics, this does not allow the body to absorb the extra glucose, which is then dumped into the bloodstream, causing high blood sugar.

According to Diabetes UK, the most common cause of Type 2 diabetes is obesity and a diet that is high in trans fats, refined carbs and low in essential nutrients, fibre and vitamins. This regime increases the chances of developing the condition as it can lead to a build up of fat around the abdomen which can release chemicals that interfere with the cardiovascular and metabolic systems. This can affect how well insulin works in the body.

High blood sugar levels then put strain on the pancreas to produce more insulin, ultimately causing symptoms of hunger and lethargy that often lead to overeating. This combination of overeating, no physical activity and high insulin levels then starts to damage the pancreas’ insulin-making beta cells. The damage makes it difficult for the body to produce insulin, increasing blood sugars and leading to the first signs of diabetes.

There have been many studies on reversing diabetes and most have shown that through weight loss, the pancreas can begin to work again—in turn putting the disease into remission.

Reversing diabetes occurs when the HBAC1 levels (the amount of glucose in the blood) are lowered to those of a non-diabetic person—which is below 42 mmol/mol according to Diabetes UK—and maintained without the need for medication. There are many factors that can help with the reversal of diabetes, some of which are a low-calorie diet, a low-carb diet, exercise and bariatric surgery.

A 2011 study conducted by Newcastle University has found that Type 2 diabetes could be ‘cured’ and put into remission. The study followed 11 people who reduced their daily calorie intake to 600 calories a day for eight weeks. The low-calorie diet included meal replacement drinks and non-starchy vegetables enabling the Type 2 sufferers to lose excess fat that clogged the pancreas—which then restarts their insulin-producing cells. Three months after the study, seven out of the 11 people were no longer diabetic.

From this study, leading academic Professor Roy Taylor put forward the hypothesis of the personal fat threshold theory (PFT). PFT suggests that everyone has their own personal level of fat storage that they can add on before the effects of obesity take place. When the fat around the liver and pancreas hits the PFT limit, this can lead to insulin resistance and— ultimately—Type 2 diabetes.

Other diets have been developed from the idea of fat loss as a way to reverse diabetes—the 8-week Blood Sugar diet is one of them. This diet aims to reverse diabetes with a limit
of 800 calories a day, putting dieters into ketosis. Ketosis is a metabolic process where the body does not have enough glucose to use for energy, so it burns excess fat instead. For people suffering with Type 2 diabetes, this diet will enable the body to kick-start the pancreas into using insulin correctly. When studying this diet, researchers found that in order to reverse Type 2 diabetes, people would need to lose 15 percent of their overall body weight—a sufficient fat loss for the liver and pancreas to function normally again.

Another diet that has been shown to be effective in reversing diabetes is the low-carbohydrate diet. A 2014 study by the Second University of Naples, Italy, has shown that Type 2 diabetics who followed a low-carb Mediterranean diet were able to go into remission. The study showed that after one year of following the diet, 15 percent of participants were still in remission.

In comparison, only four percent of participants in a low-fat diet had achieved remission after one year—suggesting that carb intake can also have an effect on insulin resistance.

Although there have been studies that show the positive effects of following a low-carb diet for Type 2 diabetics, most medical guidelines promote dietary requirements full of high-carb and low-fat foods instead.

An increased level of exercise accompanied by a healthy diet is important when reversing diabetes. Through exercise excess glucose is used as energy, in turn lowering blood sugar overall. It is recommended to go for a 10-20 minute walk after a meal to ensure that there are no spikes in blood sugar levels throughout the day.

If sufficient weight loss has not helped with lowering blood sugar levels and therefore reversing diabetes, bariatric surgery can cause large amounts of weight loss, as it takes the pressure off the pancreas—possibly helping to maintain lower blood sugar levels for an extended period of time.

If you have enjoyed reading this article on reversing diabetes, click here to read more on Celebrity Angel about simple advice to avoid diabetes.